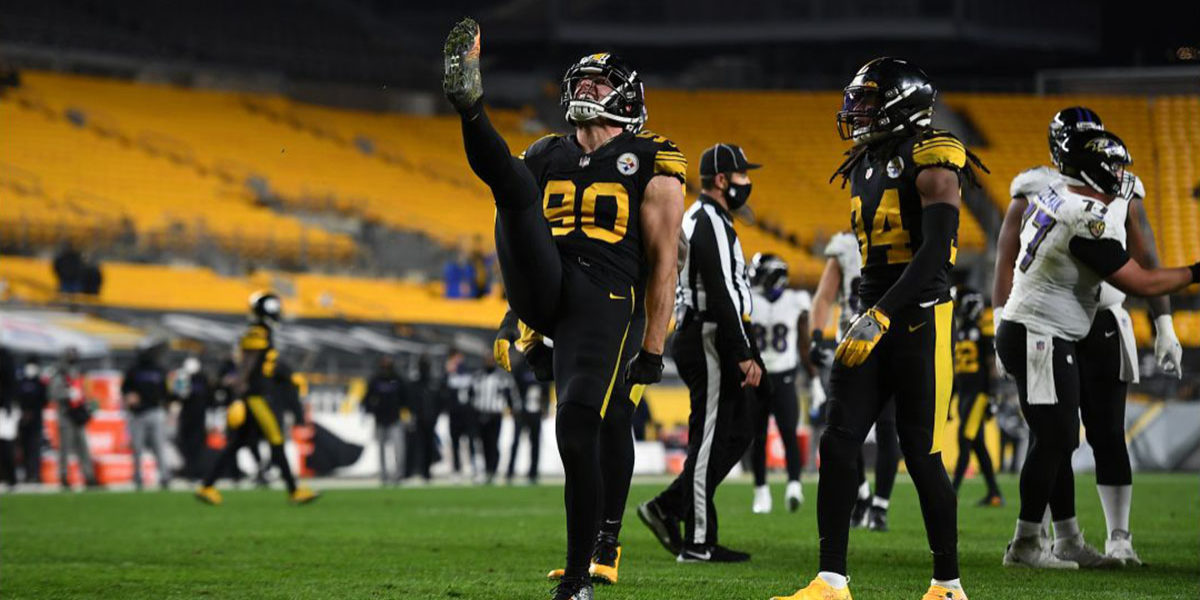 What are the Steelers chances of winning a Super Bowl this season?

After what could only be described as a rollercoaster 2020 season, the Pittsburgh Steelers are regrouping in pursuit of their record-setting seventh Super Bowl championship.

As training camp gets closer with each passing day, you may find yourself wondering if a bet on the Steelers to hoist their seventh Lombardi Trophy is a wise move.

Let’s take a deeper dive into the Steelers’ current Super Bowl odds and the moves they made this offseason to put themselves in a position to return to glory.

Following the 2021 NFL Draft and the free agency period, the Pittsburgh Steelers Super Bowl betting odds are at 33/1.

Although most experts indicated that the Steelers drafted well, addressing multiple roster needs, and were otherwise active during the offseason, oddsmakers seemed to keep their Super Bowl odds exactly where they were before the draft.

As a point of reference, the Steelers are currently tied with the Cardinals, Chargers, Cowboys, Titans, and Dolphins for the ninth-best odds to raise the Lombardi Trophy in February of 2023.

Of course, those odds change depending on where you’re looking, but the overall frontrunners to win this year’s Super Bowl are last year’s competitors: the Kansas City Chiefs and the Tampa Bay Buccaneers.

While the Bucs return their entire team from 2020, our focus shifts toward who the Steelers have to hurdle in the AFC to win the Lamar Hunt Trophy and compete in the big game against the NFC side.

Obviously, the Chiefs should be the favorite in the AFC, after appearing in the last three conference championship games and back-to-back Super Bowls. However, reality sets in that that level of success is difficult to maintain for many reasons – disregarding the New England Patriots dynasty, which is unlike anything that came before it and likely anything that will come after.

That leaves two of the Steelers recent scheduled foes as potential playoff combatants: the Buffalo Bills and Baltimore Ravens. Pittsburgh will open their season on the road at Buffalo while they face their division rivals twice, as per the usual.

The Other AFC Favorites

Other teams which have showed up better odds include another AFC North opponent, the Cleveland Browns, as well as the aforementioned Dolphins and Titans.

The Denver Broncos, Indianapolis Colts, and Los Angles Chargers have also popped up with better odds in some places.

The amount of sheer disrespect for a team that won 12 games last season astounds me. Realistically telling me any of these teams has a better chance of making the Super Bowl than the Steelers screams “place your money where your mouth is”.

Miami is still developing. Denver doesn’t know who their quarterback is, and the Chargers are another team amidst change with a passer who has to prove he can replicate his rookie year in his sophomore season.

In my opinion, the Titans are more even-Steven with the Steelers, as a team which always flirts with above average seasons and as playoff contenders.

The Colts? They have to leapfrog the Titans, with Carson Wentz proving he can still be a franchise QB in the NFL. I don’t see that happening.

Then there’s the Cleveland Browns, who many forget were a loss away from not making the playoffs at all – beating a Steelers team which sat a number of starters in the last week of the season. In 2020, the Browns story was a nice one, having a similarly weak schedule as the Steelers did.

BAL and CLE have similar with each other/PIT plus KC

CLE gets NE instead of BUF
BAL gets MIA

No cake walk for any of the 3 AFCN teams (OK except maybe HOU?)

Based on the 2020 records of their opponents, the Pittsburgh Steelers have the hardest schedule in the NFL in 2021. However, so do the Ravens and Browns, as well as the four NFC North teams which the AFC North all faces: the Packers, Bears, Lions, and Vikings.

I don’t picture a 2021 season where any of the AFC North teams wins more than 11 games, although with an extra, seventh playoff spot added in 2020, the odds of three teams within the division making it into the postseason are still very good.

Head coach Mike Tomlin will return for his 14th season on the sidelines in Pittsburgh. Tomlin, has never posted a losing record as a head coach, but the team made some moves this offseason to shore up a lackluster offense while they return most of their stellar defense.

Along with a new offensive coordinator, the Steelers spent their first four draft picks on offense, including the top running back (Najee Harris) and best “utility” tight end (Pat Freiermuth). Adding these weapons with a young, hungry offensive line and all of their wide receivers coming back, should bolster the weakest links of last year’s team.

At 33/1 odds, the Steelers are far from an underdog going into the 2021 NFL season, which will be the first season in NFL history to have 17 regular-season games.

After three AFC North teams made the playoffs last year (Steelers, Browns, and Ravens), there’s no doubt that the division will be difficult again this year.

However, the Steelers seem to have put the pieces in place to put together another successful run.