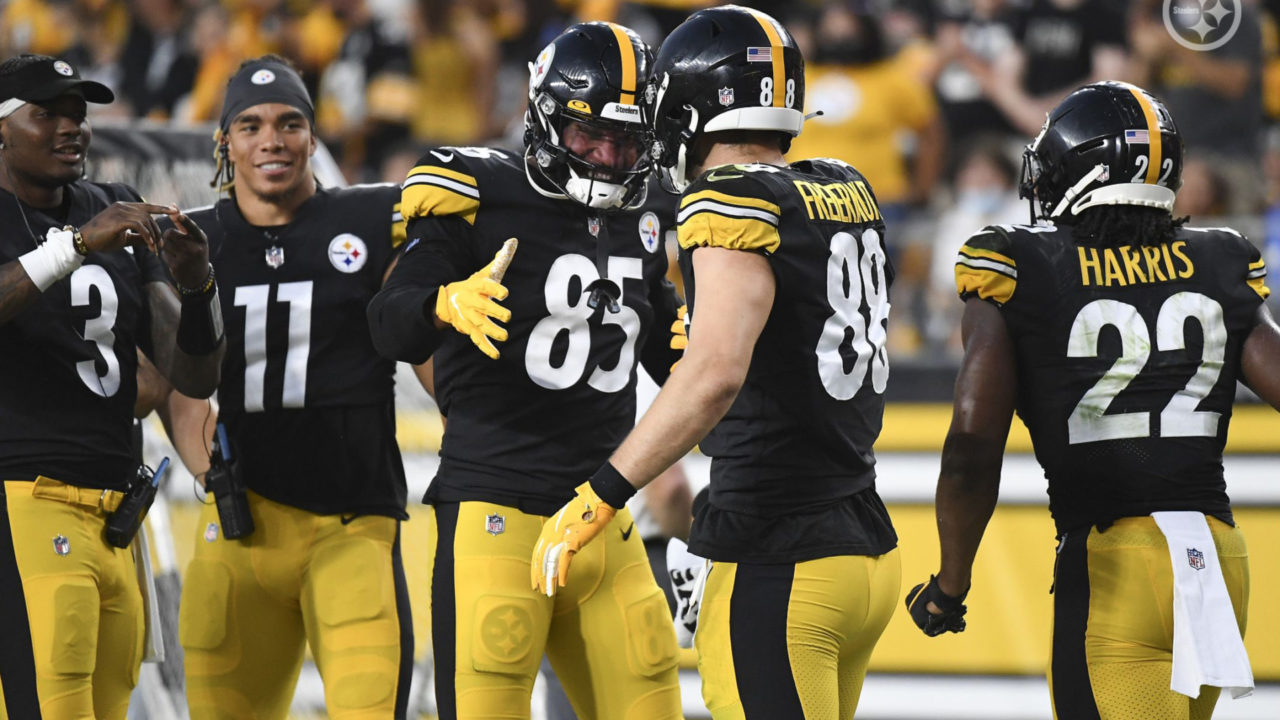 A look at the Pittsburgh Steelers first 2021 53-man roster

The Pittsburgh Steelers trimmed their roster down on Tuesday afternoon from their previous 80 players (or a few less, as they had been releasing others during the weekend) to the mandatory league maximum of 53.

While many of SCU’s predictions took hold (see those links below) some other surprises are as follows.

First, B.J. Finney, a journeyman offensive lineman who enjoyed his greatest success with the Steelers, was let go by the team. Promising defensive back Arthur Maulet appeared to take over for Antoine Brooks, but with both suffering injuries, neither was able to solidify their spot as a slot cornerback.

Many of us at SCU were surprised that the Steelers opted to roster four running backs (not including FB Derek Watt), as Benny Snell and Kalen Ballage both battled for the backup spot behind rookie Najee Harris.

Media stalwarts seemed surprised that QB Dwayne Haskins hung in there. However, anyone following the Steelers closely knew he was a shoe-in.

Among the other surprises were two edge rushers, rookie Quincy Roche and converted DE Cassius Marsh, who both appeared to have a path to making the 53 – each could wind up back with the team’s practice squad after the dust settles within a few days.

Here is a look at the Pittsburgh Steelers first 53-man roster for the 2021 season.

Here are some of the SCU team’s 53-man roster predictions. Compare the above to see how we did!