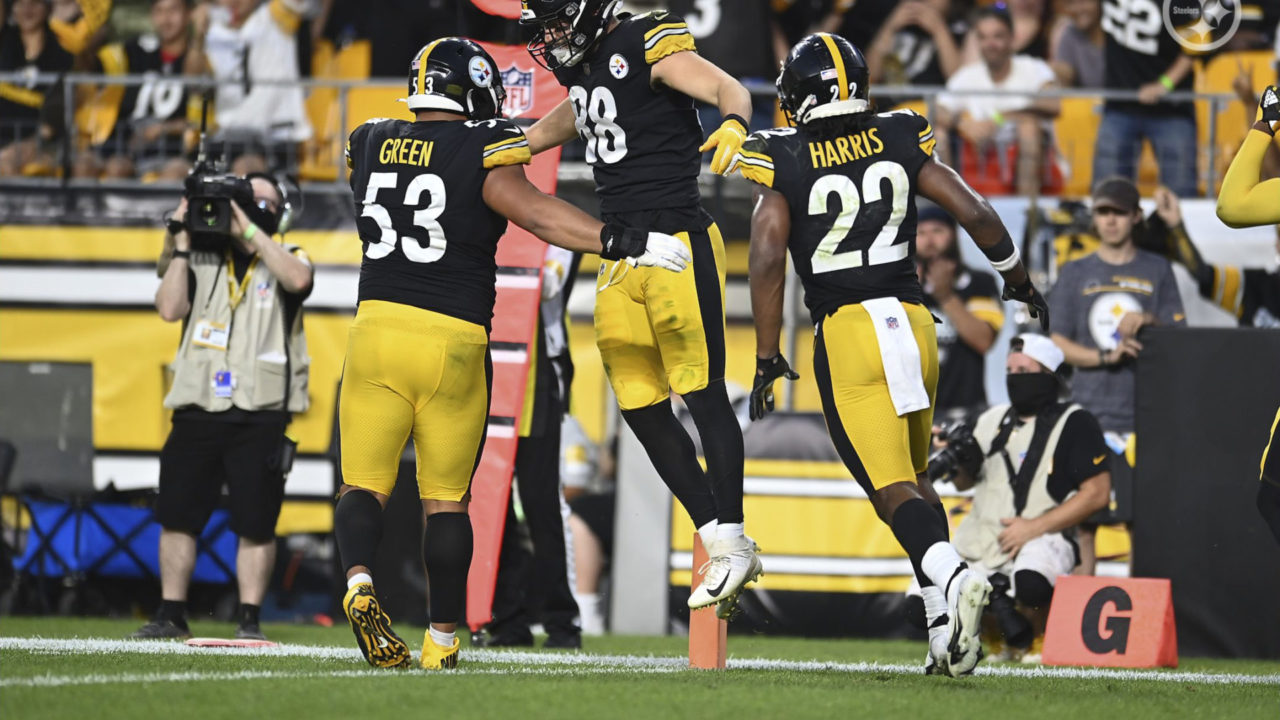 The 5: Pittsburgh Steelers to watch against the Buffalo Bills

by Ben Beberman (STEELMANBEN) on September 9, 2021

Every week, ahead of the Pittsburgh Steelers’ regular season games, Steel City Underground will analyze the depth chart, injury reports, and key matchups against their upcoming opponent in order to point out “The 5” – Steelers players to watch.

Well folks, the time is here. New team, new season, new goal. The Steelers are looking very different this year and they will face a tough opponent in the Buffalo Bills. With fresh blood, the Steelers will be looking to make a statement to the league this coming Sunday in Week 1 of the NFL regular season.

Here are my five Steelers players that we should watch this Sunday.

I think we all knew this one was going to be number one. The Steelers first round pick of 2021 will finally be on the field for a full game with all the starters for the first time this year. With the limited action we saw in the preseason, the hype for Harris is real. We saw how he has completely changed the threat out of the backfield for Matt Canada’s offense with his elusiveness, speed and ability to make guys miss in the open field. It is nice to have another explosive back in town and we all will be in for a treat on Sunday.

Another rookie for the Steelers that is looking to make an early claim for his place in the team. He has already shown that he has chemistry with Ben Roethlisberger  in the preseason and is a threat in the red zone. Especially with the new offense, the potential for Freiermuth is limitless. He is very athletic and has shown us he can track the ball in a split second adjustment when running routes. It will be interesting to see how he handles going up against a top-tier defense now in week one.

As many of you know, I have been a very vocal supporter of Highsmith since the 2020 season. Now Highsmith will get to showcase his abilities full time in his first NFL start. While only being a rotational piece last year, he still had 30 solo tackles, two sacks and an int. All preseason he has given promising results in growth and development as a player and athlete. He is also filling the shoes of Bud Dupree. A lot of the success of this defensive unit depends on pass rush. Now Highsmith will get his chance to show us what he brings to the table.

All of last year fans were getting annoyed with the hot and cold antics of Diontae Johnson. Some games he was focused and others he could not catch a cold. I have always been high on Johnson and I think this is the year he can break out. Why? The answer is simple: confidence. The offense is revamped. The team is unified and Johnson has to prove to everyone that he belongs. He almost broke 1,000 yards last year and that was with the worst offensive coordinator in the league in my opinion. The sky’s the limit for him this season especially with Ben being in his best form of his career.

I combined the offensive line into one category because it is the biggest question mark of this team. With the retirement of Maurkice Pouncey and the loss of David DeCastro in the off-season, the line has lost all of its veteran presence. They have a lot of fresh blood up front and they are going up against one of the toughest fronts in the league for their first game. The success of this team will rely on them. All pre-season there have been doubts on whether they will be an efficient group. I think that they may surprise everyone this coming Sunday. Let us not forget, they are still young. Let us give them the chance to prove themselves. The best is yet to come!