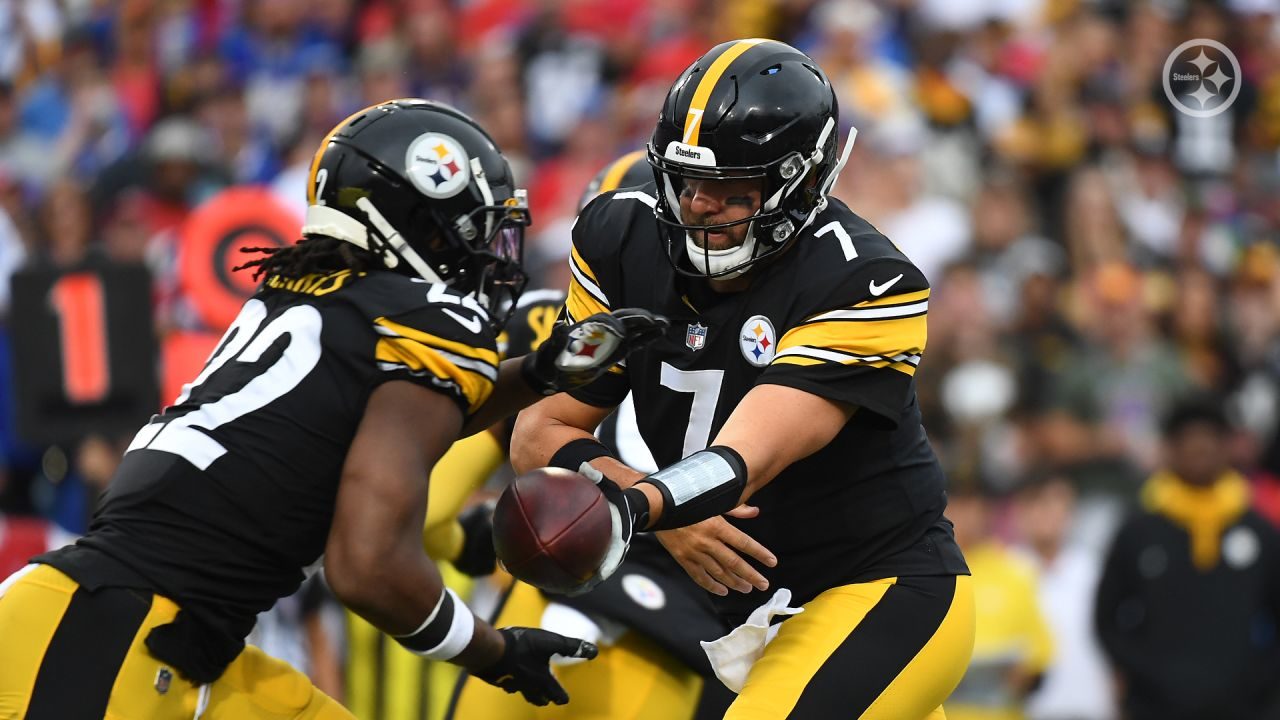 It’s true that the Sunday night game between the Pittsburgh Steelers and Buffalo Bills was expected to be a challenging match, although the Steelers were heavily overlooked. After fighting, tooth, and nail, to come back from a ten-point deficit, however, Pittsburgh did something that only one other team in NFL history has done: come back in a Week One game after getting shut out in the first half of the game. The fact that so many experts, pundits, analysts, and football fans were sold on the idea that the Steelers just would not be able to handle the Bills – but did just that – should say something about the mentality of this year’s team to keep themselves in games by relying on each other and the revealing will to win.

In his postgame press conference, Ben Roethlisberger noted that several of his teammates on offense were playing their first official professional game (mentioning, tongue-in-cheek, that the preseason is overrated) and that he felt the offense did really well once they settled down and played together as a unit. The Steelers had new starters on the offensive line in Kendrick Green (rookie), Trai Turner (from the L.A. Chargers), Dan Moore (rookie) next to Kevin Dotson, and Chukwuma Okorafor, who’ve had snaps here and there in the limited time they’ve been in Pittsburgh. Rookie tight end Pat Freiermuth made his NFL debut as did running back Najee Harris.

It’s important to point out that no one with the Steelers organization was making any excuses for the slow start the offense got off to and won’t. Head coach Mike Tomlin and the coaching staff had expectations that needed to be met and, at the end of the day, the result was favorable.45102

“We knew what type of day we were going to have (in Buffalo) from an environmental standpoint, not only just in terms of the crowd, but the new pieces we had one offense, young guys, and so forth. We didn’t start great.” – Mike Tomlin

Due to the Steelers’ addition of a new offensive coordinator, a large assumption was that Pittsburgh’s offense would come with a learning curve. The likelihood that a stout defense and special teams play would be asked to keep the tempo of the game under the Steelers’ control was not really in question. There were, however, those who questioned if Pittsburgh had picked up the right mix of pieces to fill holes that had been vacated following last season.

Following the return of the opening kickoff for 75 yards, the Bills looked to have all the momentum in their favor. It was a disappointing play for a Danny Smith-led special teams unit that had been, at times, punishing during the preseason. Not willing to go down without a fight, veteran defensive tackle Cam Heyward forced his way through the Buffalo offensive line to get a hand on the Josh Allen pass on third down that forced the opposing field goal unit to put the first points on the board instead of the potential seven that might have gone up very, very early.

Although the Steelers’ offense was testing the waters without major success through the first half of the game, the defense was dialed up. Allen was forced to keep his head on a swivel after T.J. Watt stripped him of the ball and Heyward recovered it. The fact that it took Buffalo until just before the end of the first half to put more points on the scoreboard ought to be something that gives Steelers fans, and NFL fans, a glimpse at the potential this 2021 team has moving forward into the remainder of the regular season.

“We are professionals. There were no guys hanging their heads [at halftime]… We knew that we needed to make adjustments. We made them. We came out in the second half and executed.” – T.J. Watt

Execution seemed to become a mantra as players on both offense and defense seemed to settle into a rhythm for Pittsburgh. Chase Claypool made an exceptional catch over the top of a Bills defender for a big first down. Diontae Johnson earned a tough touchdown by being patient on a route that required him to make a double move and securing a bobbled ball. Cam Sutton anticipated a pass-back to running back Matt Breida on fourth-and-one to create a seven-yard loss and turn the ball back over to the offense. Miles Killebrew came up big on special teams in soaring in to block a punt that Ulysees Gilbert was able to grab for the scoop-and-score, giving the Steelers a 20-10 lead over a reeling Bills team that was witnessing their quarterback cool off in his connections with his receivers.

“I’m appreciative of their efforts. Hopefully, it’s a sign of what we’re capable of from a will standpoint. But one week in is not going to write your story.” – Mike Tomlin on a team win

The saying, “where there’s a will, there’s a way,” seems to apply well to how the Steelers were able to go head-to-head with a Buffalo Bills team that is very good – maybe even exceptional – by capitalizing on their strengths and not allowing deficits to become ditches instead of divots. Never mind how overlooked the Steelers may have been, or continue to be. On Sunday, they put the league on notice that they’re committed and revealed they have the will to do what it takes to win.