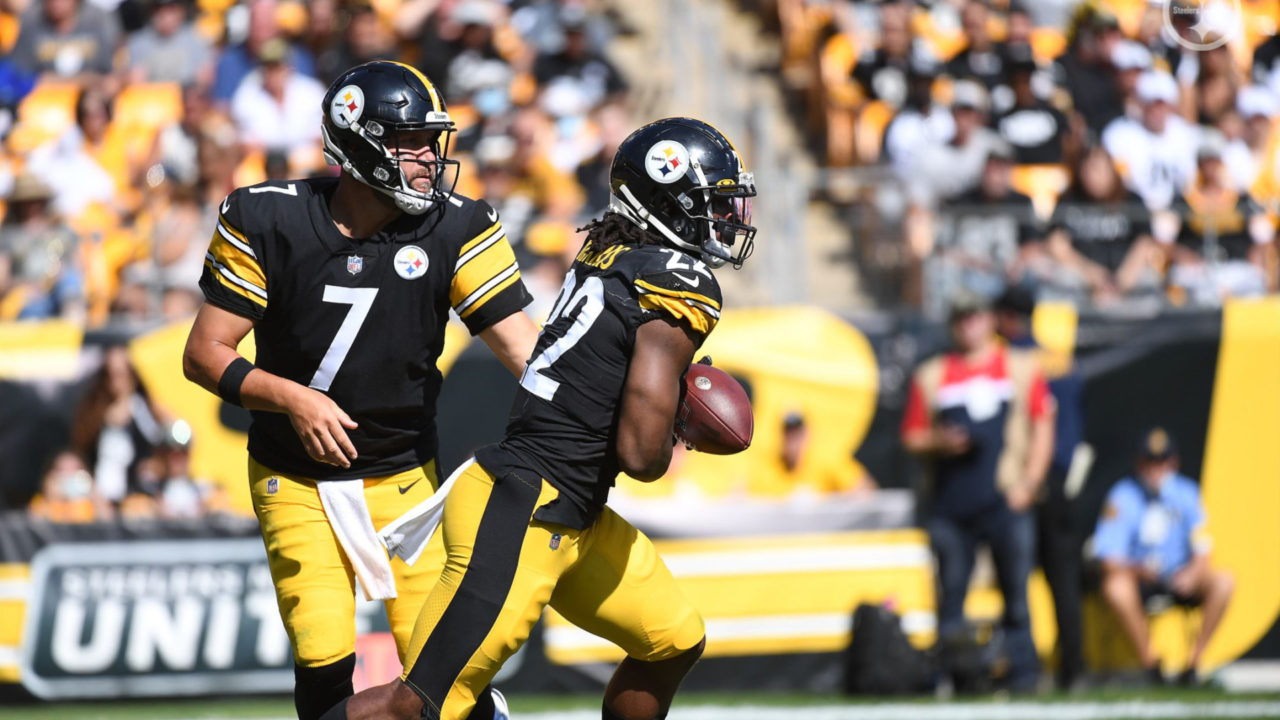 Where do the Steelers go from here?

Before the 2021 season started, if you had told the Steelers faithful that the team would be 1-1 after two weeks of play, they would have jumped at that. Everyone, including myself, expected that. The difference, the results of the games thus far has been the opposite of how most thought.

In Week 1, Pittsburgh went into Buffalo – and despite a relatively poor offensive performance – they rode the backs of their defense to steal a big victory.

Yet, in Week 2, playing a Las Vegas team who had played an overtime game on Monday night and had to come halfway across the country to play in Pittsburgh for the home opener, the Steelers offense, and in big spots the defense, laid an egg: dropping the team to that expected 1-1 record.

It may have been done in an unorthodox manner but the Steelers are exactly where we thought they’d be.

The problem right now is the offense is no better off than they were in 2020. You could argue the running game is worse. Through two games in 2020, the Steelers had rushed for 250 yards. Through two games this season, they’ve rushed for 114. Where’s this renaissance that Matt Canada was going to bring to this team? Why did you draft Najee Harris with your first-round pick if you don’t have a line that he can run behind? While it’s still extremely early, the team must start to think about and answer these questions.

The offensive line is young and inexperienced and while I do expect them to get better as the season progresses, they aren’t going to allow Ben Roethlisberger to make it through the season if they don’t start progressing sooner than later.

The offense that couldn’t and wouldn’t go downfield in 2020 that everyone thought Matt Canada would fix in 2021, won’t be fixed if things don’t change upfront, fast. Ben Roethlisberger catches a lot of heat for not throwing deep but how can he?

He needs to release the ball in about 2.3 seconds or else he’s going to be hit. How can the team utilize Diontae Johnson, Chase Claypool, JuJu Smith-Schuster, or even James Washington the way they should be utilized when they’re dealing with that?

Defensively, the Steelers looked as good as anyone in the league in week one. Then, the injury bug hit. Stephon Tuitt remains out through at least week three. Joe Haden and Devin Bush may or may not play this week vs. Cincinnati as they are nursing groin injuries and the same is true for the team’s best player and sack master T.J. Watt.

To add insult to injury, Pittsburgh has lost Tyson Alualu for the season with a fractured ankle.

The secondary looks weak and James Pierre is no replacement for Joe Haden. Minkah Fitzpatrick can’t make splash plays when his top corner is out. Pierre, Haden, and Cam Sutton won’t be able to cover the deep threats of opposing teams if T.J. Watt is out of the game, as proven vs. Las Vegas. With no truly effective pass rush, the Steelers’ defense was exposed.

I would be shocked, as the team heads into week three to play the Bengals if the Bengals didn’t plan to go deep on the Steelers early and often. The Steelers are going to need to keep Joe Burrow contained and hit him early and often to prevent any big plays from happening in the secondary.

The question is if these key players don’t play again this week, do they have the horses to do it?

Based on what we saw versus the Raiders, the answer may be no.

Offensively against Cincinnati, the Steelers must find a way to run the ball. The offensive line has to block longer, create holes and allow Najee Harris to break free. Harris is capable of game-changing plays if he’s given the opportunity to make one.

If he’s not, which I don’t think he will be, the Steelers are going to have to make their run game come from the short passing game, as they did in 2020. Steelers fans won’t like it, but they won’t have a choice.

This coming Sunday, look for the Steelers to use a lot of screens and short dump-offs to gain four and five yards at a time. I do believe they need to, and will, utilize some tight end packages and get Pat Freiermuth involved more.

If the Steelers can effectively rush Joe Burrow and they can find a way to create some form of a running game, they can win this game against Cincinnati while nursing the injuries they have.

The good news for Pittsburgh is they are playing the Bengals and not a team like the Chiefs and I think this team, even as depleted as they may be, will find a way to do just enough. It won’t be pretty but they’ll take the win.