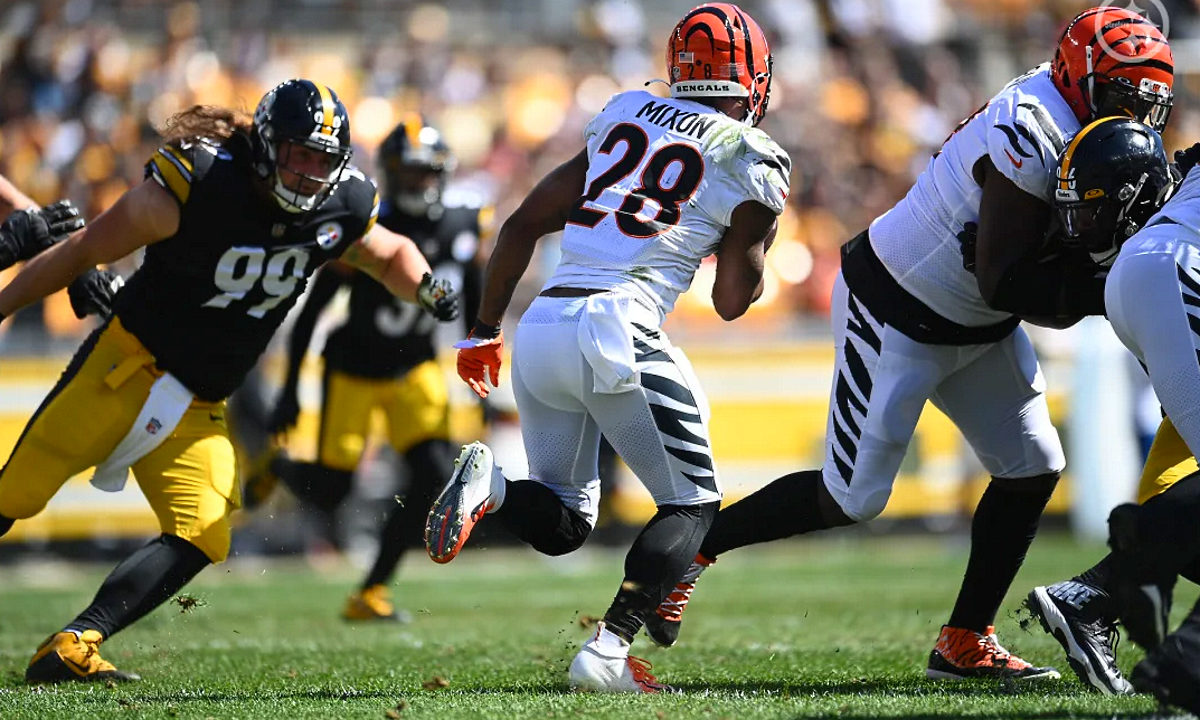 On Sunday, the Pittsburgh Steelers hosted the Cincinnati Bengals in a game that was predicted to be a rebound for the black and gold following their loss to the Las Vegas Raiders. Instead, self-inflicted wounds led to the Steelers, once again, trailing their opponents and attempting to make a desperate comeback without a number of their defensive starters. There were a few positives in Week 3, but overall – not to use a “Tomlinism” – the Steelers did not meet their own “standard” and lost their second game in a row in front of their hometown fans at Heinz Field to an AFC North rival, 24-10.

A near-complete breakdown on several levels

Pittsburgh is in trouble early this season. Against the Bengals, they displayed what a game they should be able to win looked like without several defensive starters who’ve been propping up an offense that hasn’t progressed as quickly as necessary in order to execute well week-in and week-out. That’s a serious concern, even if the 2021 NFL regular season has just begun.

The Steelers were outplayed in all three phases on Sunday.

Pittsburgh’s offensive line was a liability, even before Kendrick Green (knee) and Chukwuma Okorafor (concussion). I wasn’t convinced that was necessarily true as the season kicked off. The infusion of youth truly showed, however, in Week 3, and it was painful to watch Cincinnati’s defense set up shop in the Steelers’ offensive backfield. The near-constant pressure led Ben Roethlisberger to attempt to force plays – including two non-accurate throws that resulted in interceptions that Logan Wilson grabbed – and end up in the turf four times. That doesn’t even count the number of times Roethlisberger was hit or threw inaccurate passes. Injuries to JuJu Smith-Schuster and Chase Claypool only compounded matters.

“Let’s not sugar coat it: we played poorly today and we didn’t deserve to win.” – Mike Tomlin

Defensively, the Steelers could not get enough pressure on Joe Burrow or the Bengals’ offensive line. The result was a streak of 75 consecutive games with a sack (begun Week 9 of the 2016 season) ending abruptly. The absence of T.J. Watt and Alex Highsmith was a concern and became a nightmare as Cincinnati was able to give Burrow enough protection to throw three touchdown passes and open lanes for running back Joe Mixon (18 carries for 90 yards).

A smattering of highlights is not meeting the standard

The Steelers had a few moments in the game that stood out in a good way, but that’s going to be forgotten with the way the team played outside of that.

Rookie tight end Pat Freiermuth grabbed a four-yard toss to give the Steelers a tie game before halftime that notched Roethlisberger his 399th touchdown pass. Freiermuth looks like he’ll earn an even bigger role in the Steelers’ offense moving forward, and should. He’s been executing when so many others have been stumbling.

Rookie running back Najee Harris was the Steelers’ MVP for the day. Harris rushed 14 times for 40 yards and caught 14 of 19 targets for 102 yards on the day. With Diontae Johnson ruled out for the game and Smith-Schuster forced to leave the game early due to a rib injury, Harris was a much-needed check-down option in the passing game. Harris also earned his first 100-yard game in his inaugural season in the NFL.

The season isn’t over for the Steelers any more than it is for the Kansas City Chiefs who also fell to a 1-2 win-loss record. Saying that, however, Pittsburgh has a lot of things to remedy. First, penalties were absolutely a self-inflicted wound and have to be addressed. Nullified scoring opportunities kill momentum and teams. Second, injuries may be impossible to predict but can’t be used as an excuse for depth players to be unable to come into the game and handle their responsibilities. That’s what practices are for.

The Steelers need to dig deep and find that will that Tomlin talked about in Week 1. They can’t meet the standard that the organization touts as their mantra if they can’t even meet personal expectations. As must as Week 1 was a “team win”, this week’s game was a team loss.