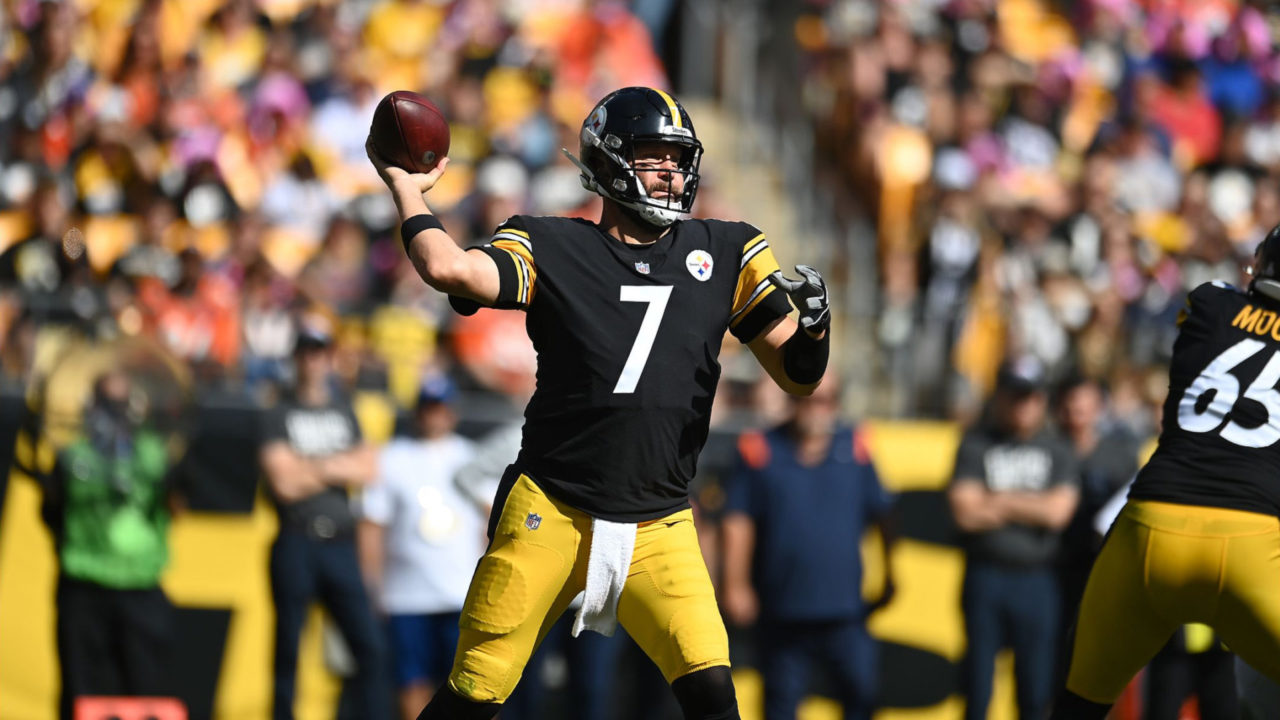 I love yinz. I truly do.

But some of yinz I’m truly concerned about!

Following a well-rounded 27-19 victory by the Steelers on Sunday, I’m still seeing complaints. What is there to complain about? Not only did the Steelers win, but they beat the NFL Odds too: covering as a 1.5 point underdog and beating the over portion of the over/under as well.

Some of the storylines are the same as they have been all season, but a new narrative is now popping up on my social media timelines and it’s a bit disturbing.

Welcome to my overreactions for Week 6!

Goodness folks. If Cam Newton were wanted by the Steelers, or anyone else for that matter, don’t you think they would’ve gotten him already?

I always scratch my head at the fans who believe (keyword) that any random free agent can hop aboard the moving train that is an NFL team, and quickly grasp what’s going on.

Sometimes it happens – Minkah Fitzpatrick and Joe Haden are good examples – but oftentimes it doesn’t.

I go back to some passers such as Josh Freeman (who landed with the Vikings and had to start within the same week) or even Michael Vick (who the Steelers picked up midway through the preseason). Those experiments seldom work.

Yet, there’s some of you out there who think Newton is the answer over Mason Rudolph or Dwayne Haskins. Worse, there’s a subset of college football fanatics who see a good game by anyone, and are convinced that quarterback is the second coming.

Newsflash: most of this year’s rookie class of quarterbacks stink. There’s potential, but they’re not an instant fix or upgrade. This even compelled Mike Tomlin to mention he will have a “veteran quarterback” in his postgame press conference.

This is why I’m concerned about your well-being!

Devin Bush is a Bust

Let’s swing back around to the Bud Dupree circa 2016 storylines.

Like Dupree, Devin Bush was a first round draft pick. Entering his third NFL season, he’s missed a bunch of games, including all but four (and a half) of the 2020 season.

Bush suffered a groin injury and missed a game earlier this year, before (assumingly) reaggravating the same injury Sunday – and exiting early.

I used to handle these same criticisms of Le’Veon Bell back in the day, as well as Dupree: injuries do not make players a bust!

Furthermore, did anyone see what happened when Bush wasn’t on the field in Week 2 against the Raiders?

Like Ryan Shazier and others before him, Bush is a key component to the Steelers defensive schemes. He’s also a maniac on the field, moving quickly to the ball, and often making big plays.

For anyone to even pose the question of “draft bust” five weeks into the 2021 season is disturbing. Honestly, some of you need a better hobby… such as watching the games on Sunday!

To a lesser extent I’m not seeing much panic about JuJu Smith-Schuster’s shoulder surgery, which is likely to keep him out for four months, ending his season.

There are a few fans, and yes even those beat writers, who have brought up James Washington and his rumored trade request from way back in July.

Washington logged 80% or more snaps in Weeks 3 and 4, and found himself on the field for at least a quarter of the offensive plays in Week 1 and 2. He was ruled out last week, but will step in once again when called upon.

The Steelers are lucky to have such a luxury of depth at wide receiver. They signed Cody White, a preseason standout, to the active roster ahead of the Broncos game, and are hosting former Bears second round pick Anthony Miller for a workout as well.

Roethlisberger has made due with lesser talents before, so while the Smith-Schuster injury sucks, its one of the few areas the team can overcome.