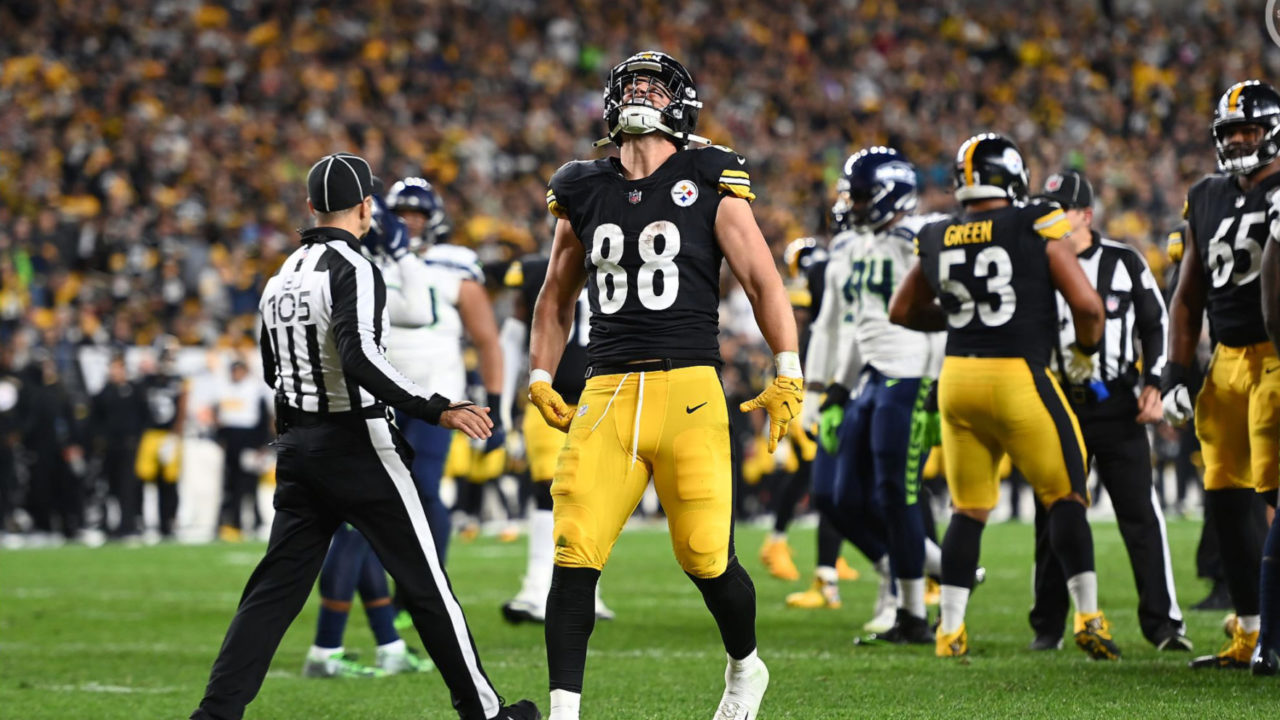 After six weeks of play, the Pittsburgh Steelers find themselves sitting on a 3-3 record as they head into their bye week. It’s not an ideal record, but one they’ll gladly take after their putrid 1-3 start.

Before the season, I had predicted the Steelers would finish the year 11-6 and contend for the division crown. Within that prediction, I believed they would be 4-2 at this point of the season, with a possibility of being 3-3. That 11-6 record is still achievable, albeit unlikely.

This team, despite the two-game winning streak, is missing the ‘it’ factor right now. Steelers Head Coach Mike Tomlin has holes they need to plug, and quickly.

Many are screaming and yelling at anyone that will listen; that the biggest hole on the team is Ben Roethlisberger. They can scream and yell all they want, but he’s not the problem. He’s not the same as he once was, but he is far from the main issue that this team needs to fix over the off week.

Roethlisberger has completed 65% of his passes for 1,515 yards and seven touchdowns. He’s only thrown four picks in that same time frame. No, those are not gaudy numbers like Patrick Mahomes or Aaron Rodgers put up, but they are efficient and manageable.

As a side note, can we all please stop with the Aaron Rodgers to Pittsburgh talk? Maybe it will happen, maybe it won’t, but save it for the off-season fodder.

But what Roethlisberger is doing isn’t atrocious. He’s playing within the confines of what he has around him. The team averages 323 yards per game, which is ranked a mere 23rd in the league. They are 17th in passing with 242 yards per game and a lousy 29th in rushing with a dismal 81 yards per game.

Before I dig deeper, I will absolve Najee Harris from being a part of any of the offensive issues. He’s been a fantastic player and will only get better as the season progresses. My one concern with him is that he has no help behind him. If he can’t take a breather, he’s going to be run into the ground and worn out by the season’s end. Someone needs to step up. I’m looking towards Anthony McFarland to be that guy, upon his return.

But the real problem right now is the offensive line. Yep, the line. And we all should have seen this coming. They are young and inexperienced, what more could we have expected? Zach Banner is going to be back soon and while some think he may help the line, I don’t. He hasn’t shown me anything in the extremely limited amount of time he’s been on the field, which suggests he’ll bring some measurable improvement to that unit.

They need reps, schematics, and a bit of luck to get better over the bye. I also think it may need to sign a veteran off the streets to bolster the depth of this unit. As a result of their youth and inexperience, they have contributed to the offense only averaging 19.5 points per game, 25th in the league. You cannot win many ball games when you aren’t scoring over 20 points per game. Just take a look at the teams that rank behind them in this category for further proof, Jacksonville, the New York Giants, Detroit, Miami, Chicago, Houston, and the New York Jets. Enough said.

For that scoring average to come up, I’m looking for Matt Canada to find a way to get Pat Freiermuth and Chase Claypool more involved moving forward.

They are and should be red-zone threats and Claypool in particular needs to win more jump ball situations. If the line can give Ben more than 2.3 seconds to throw, involving these guys will be significantly easier.

But not all the issues fall on offense. The defense has a few of their own. TJ Watt and Cam Heyward are fantastic and can carry the team but they need help. If and when Stephon Tuitt returns, the line will get a huge boost. Without him, a unit that should be ranked in the top five overall ranks 13th allowing 352 yards per game. They are 9th in rushing defense at 107 yards per game and 16th in passing at 244. All of this combined contributes to them allowing 22 points per game, good for 12th in the league.

As stated earlier, the offense only scores 19.5 points per game so something has to give somewhere.

The team isn’t getting many sacks, aside from T.J. Watt’s seven. They aren’t creating turnovers and they appear to be vulnerable in the secondary with Minkah Fitzpatrick not showing his full potential yet this season and Terrell Edmunds being an average player. The main issue in the secondary is the depth, however. Joe Haden and Cam Sutton are fine players but they can’t make a play, let alone a game off because the rest of the unit gets thrashed. I think it would have behooved the front office to keep Steven Nelson here for another season but I digress.

Even with the apparent issues, this defense may have, I do trust them overall. I think they are the heart of this team and will be the reason the Steelers can make a run towards the playoffs and approach a winning record down the stretch.

It won’t be an easy final eleven games but if Pittsburgh can use the bye week to fix a few issues and get healthy, they have some winnable games coming up that will allow them to play meaningful games in December and January.