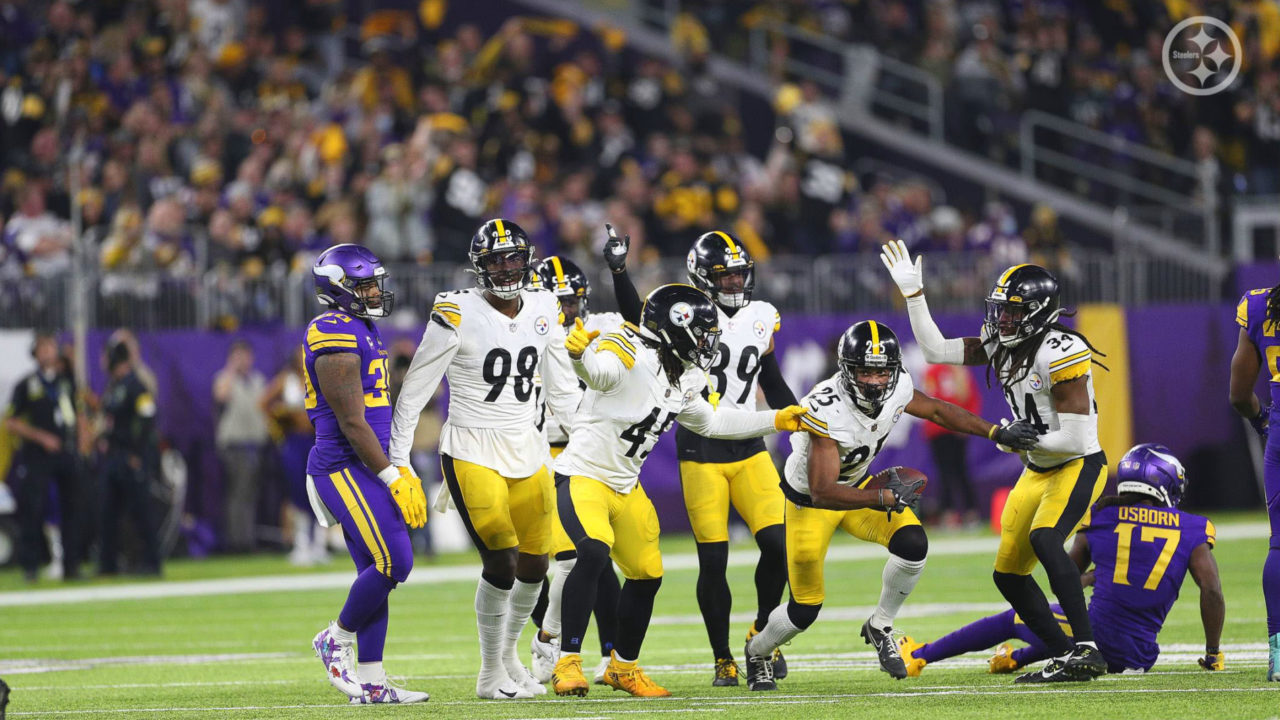 3Rivers’ Takeaways: Steelers flat until final quarter over the Vikings

For the majority of the game, on Thursday Night Football with the Minnesota Vikings hosting the Pittsburgh Steelers, I wanted to be anywhere but watching and analyzing the game. Admittedly, the first half the Steelers put together was the worst two quarters I’ve had to really write about since 2009, minus the debacle this season to the Cincinnati Bengals. I’d nearly sunk fully into the depths of utter frustration until, all of a sudden, the end of the third quarter went off with a big bang that nearly made me choke on my fourth can of cola (in my attempt to stay awake for the postgame), and the fourth quarter blew up.

I actually Tweeted this in my frustrated stupor:

Admission: In the 3rd Q @joe_kuzma and I were woefully considering the fact we have nada for highlights. We have no idea what happened. New favorable jinx? I'll take it @steelcityundrgr

The Tweet was motivated by the late third quarter 75-yard drive that saw James Washington actually make a contested catch from Ben Roethlisberger. I admit I am not a huge Washington fan, but the reception made me say, “wow.” The drive was capped off by a three-yard passing play to Najee Harris – one of the only players on this team who has been a consistent ‘baller’ for the Steelers this season.

It took the Steelers just 2:22, per ESPN, to score again. That was eye-opening. Pittsburgh needed just seven plays to go 42 yards and Harris grabbed a one-yard rushing touchdown to make the score 29-14; Minnesota’s massive 29-point lead had shrunk to just 15 points.

And then, Washington made a touchdown catch! It was the Steelers’ third score in a five-minute span.

I want to talk about the defense, here. The fact that T.J. Watt and Alex Highsmith were forced to leave the game due to injury was disheartening. In opposition, the two interceptions by Ahkello Witherspoon – big boosts to a Steelers defense that was being overpowered in the run and pass by the Vikings offense – and the addition of Montravius Adams has been amazingly fortuitous.

There were times that Cameron Heyward looked like he was about to grab his teammates and just shake them to wake them up in this game. Gap integrity on assignments along the line was atrocious very early on, and the defensive backfield was a disaster. I expected more from Cameron Sutton, who was often seen swinging his arms after plays like he was disgusted, but he was the one who hadn’t made the play that needed to be made. Even Minkah Fitzpatrick had some plays that saw him out of position.

On offense, Kendrick Green once again struggled to consistently snap the ball and it caused one of the most ridiculous of potential highlight plays. The snap was bobbled, appeared to hit Roethlisberger’s hands, potentially bounce off of Harris, end up back in “Big Ben’s” hands, only to still be controlled enough for a completed pass. What?! That play actually summed up just how sloppy the Steelers looked, until the fourth quarter, against the Vikings.

There were times on Thursday Night when it looked like Roethlisberger was ready to have a nuclear explosion of a reaction towards his offensive line and receivers. He clearly was not getting the communication back that he wanted or needed. If this game truly was one of Roethlisberger’s last of his career, no wonder he used an expletive to Tomlin on the sidelines after getting sacked for the fifth time.

The Steelers were too flat and a potential comeback for a tie during regulation time fell to rookie tight end Pat Freiermuth having to make a tight catch as he was hit by three Vikings defenders. That’s never an ideal situation in any game at any point of an NFL season. It wasn’t helped by a gratuitous celebration of a minor catch by Chase Claypool that cost the Steelers five seconds to have the ball set by the officials, in the final seconds of the game, without a single time out left.

Will Pittsburgh commit fully to a rebuild by playing conservatively after the loss to Minnesota, or will they try to get things dialed back up? There will be plenty of discussion through the next few days during the Steelers’ mini-bye.