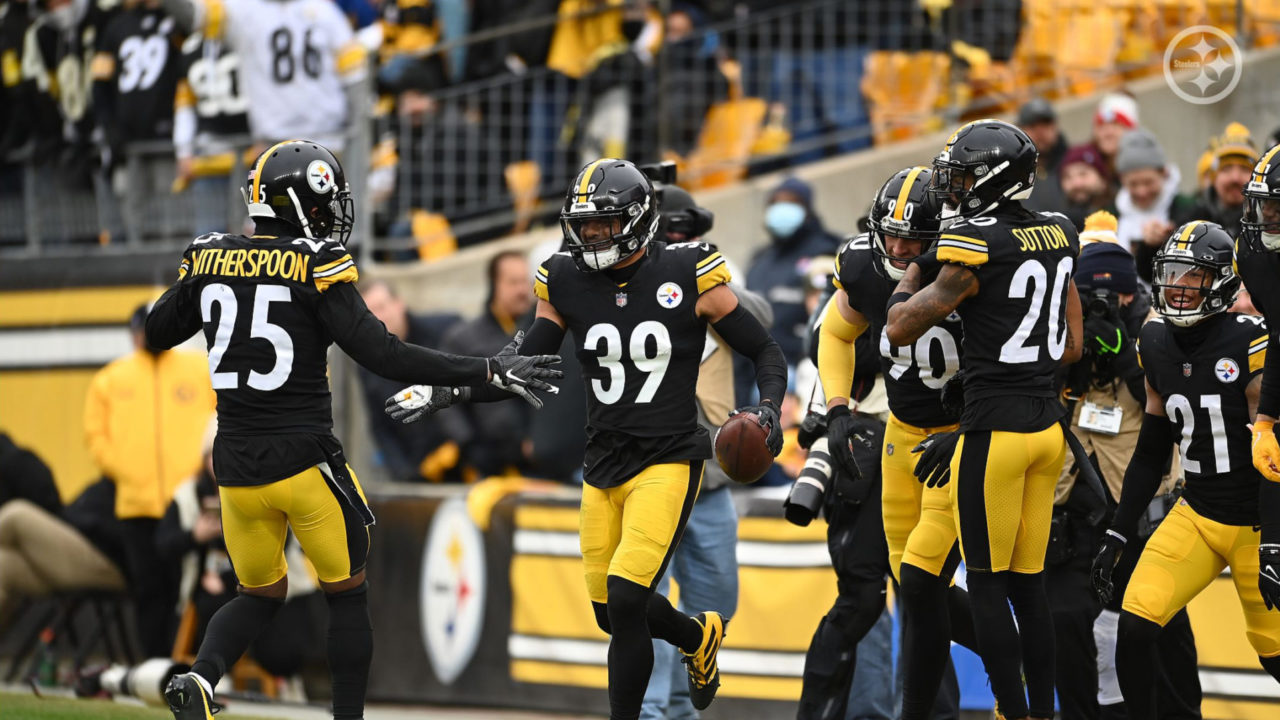 As I sat down to put my takeaways from NFL Week 15’s regular season game on Sunday between the Pittsburgh Steelers and Tennessee Titans into text, I realized I wanted to sit down and revisit film before making any permanent statements or final analysis. I’m glad I took the extra time to do so, because I feel the key to the Steelers’ win was creating and taking advantage of turnovers; the team’s takeaways saved the game for them and preserved an opportunity to enter the playoffs.

I realize there will be a lot of Steelers fans who would have focused on the fact that Pittsburgh having a new all-time franchise leader in sacks was the biggest takeaway. I couldn’t agree.

First, congratulations to T.J. Watt on reaching 17.5 sacks this season despite missing time on the field. Second, anyone who had doubts that Watt couldn’t pass James Harrison in that category if he remained healthy may not have been paying attention to how Watt has been playing.

The most glaringly obvious takeaway, to me, from Week 15 was the fact that Pittsburgh not only created a large number of turnovers, but did so with a more cohesive-looking defense than we’ve seen on the field for a few weeks.

Yes, things got off to a slow start for the Steelers yet again. Yes, the offense and defense were flat and sleepy looking in the opening quarter. Yes, I had real concerns that Pittsburgh was too beaten-up and worn down to respond to what felt like a golden moment for the Titans.

Thankfully, all those things got shoved aside as soon as it became clear that the Steelers had a little more heart in the game.

The return of Joe Haden to the roster was a much-needed shot in the arm. The veteran cornerback made two key plays on Sunday that were both thrilling and relieving. His fumble recovery was just one of the turnovers the Steelers took advantage of. His fourth-down, game-stealing tackle in the final seconds of regulation to secure the win kept the bile that had constantly been roiling around in my gut all season from needing yet another remedy of relief.

Joe Schobert‘s heads-up play on a Taco Charlton tipped pass was not only nice, but welcome. It was exciting to see Schobert and Charlton embracing larger roles and making a statement.

Cam Heyward should, hands down, win Walter Payton Man of the Year and be in Steelers MVP consideration.

In a game of tug-of-war, push and pull, between a Pittsburgh team that couldn’t create much offensively and a Tennessee offense that couldn’t seem to maintain control of the ball, there was little beauty to admire.

Kudos to Ben Roethlisberger on not only running a goal-line quarterback keeper once but having the guts to go for it again when he came up just short the first go-around.

The performance by the Steelers defense was gutsy, even bold, after they’d been exposed early. Early in the season, head coach Mike Tomlin talked about “will” being a large factor in success. Week 15 illustrated that will certainly helps, but execution and attention to detail when opportunities arise is potentially the most important aspect to this team’s success versus defeat as the regular season slides into its final weeks.

It’s December, after all. And turnovers are gifts that could only have been received with gratitude by the Steelers this past weekend.