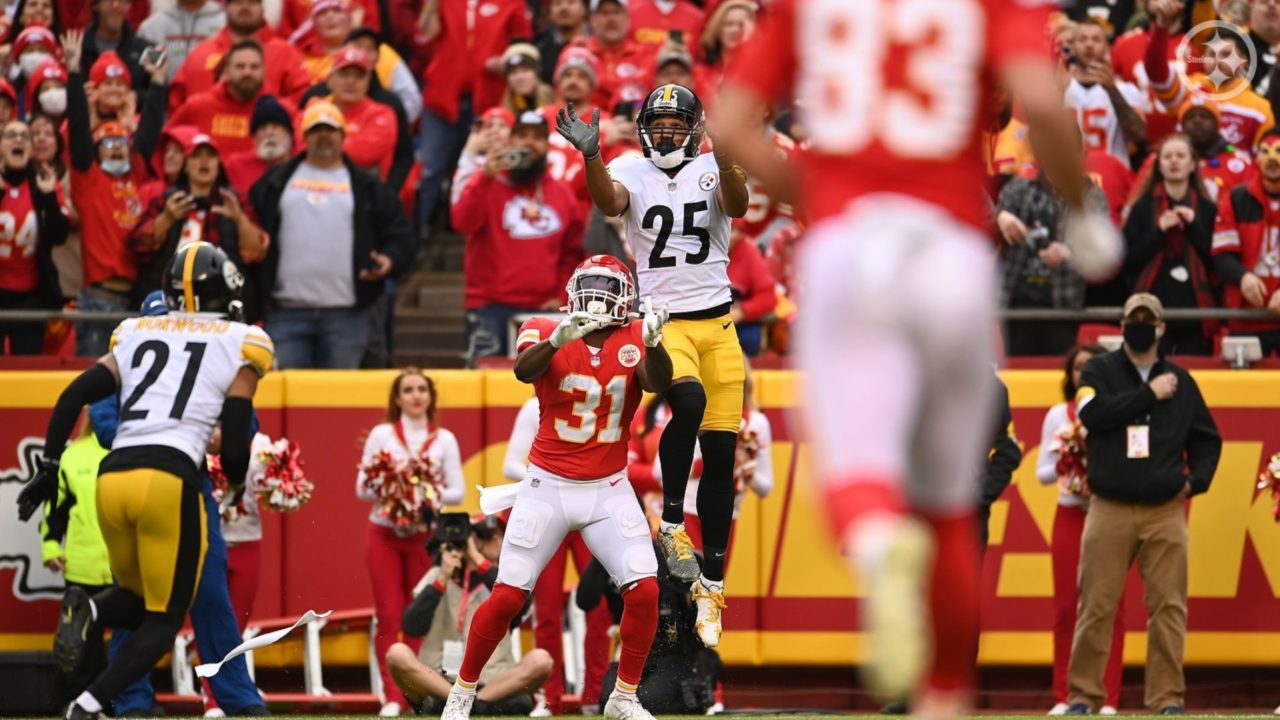 The Pittsburgh Steelers looked to have run out of gas in their Week 16 blowout loss to the Kansas City Chiefs on the road. As a team, the Steelers look flat and both emotionally and physically drained. It’s December, the time when Pittsburgh typically picks up the pace, but after 2020’s NFL season ending and this year’s struggles, the biggest takeaways surround individual performances and narratives that have seemingly taken on lives of their own.

Harris is the back the Steelers needed

Najee Harris may not have been a consensus first-round pick among all of Steelers Nation, but he has shown he is exactly the back the Steelers needed this season and moving forward. He’s been consistent throughout most of his rookie season and his potential appears to be ever improving.

On Sunday, Harris did not give up on his physical style of play. He stiff-armed Chiefs defenders to the turf, kept his feet moving, and even successfully hurdled his way to a long rushing first-down conversion. Imagine what Harris might look like behind a more seasoned offensive line and it’s easier to see how Harris will be a major factor in the Steelers’ offense as long as he’s in the black and gold.

Coaching change not necessarily a negative against Klemm

There has been a lot of attention paid to offensive line coach Adrian Klemm this season. In fact, the minute the departure of Mike Munchak was announced, fans erupted across social media to bemoan the move that was, per Munchak himself, a personal one and not an organizational decision. Klemm was placed in the organization and tasked with putting together a cohesive, successful offensive front that lost Maurkice Pouncey, David DeCastro, and Alejandro Villanueva; the Steelers were also rehabbing Zach Banner.

The Steelers did address the offensive line in the 2021 NFL Draft, although – if you look through social media feeds – a majority of fans aren’t even close to accepting of that fact. That Klemm was able to piece together a healthy line this season, at all, should be positive considering the near-constant personnel changes he was forced to make.

Klemm is taking a position with the University of Oregon. Saying that he was a “horrible coach” or “failure” with Pittsburgh is simply scapegoating. No university with the potential to be real competitors would ask to bring a coach in from the NFL unless they saw value.

The change doesn’t necessarily equate to negative views of Klemm by the Steelers, though. Chris Morgan will take over full line coaching for the remainder of this season and will be dealing with the same issues Klemm did: a young beat-up line, an older and less-mobile Ben Roethlisberger, and an offense that has issues consistently generating points on the scoreboard.

Several individuals having a big season

If the Steelers are disappointing as a whole, there are several individual players who have had a big season or performances that are being lost due to the dark cloud of disappointment that’s hanging over the team – especially after being completely dominated by the Chiefs.

Cameron Heyward may not have the sack total that teammate T.J. Watt has, but his consistent work ethic, leadership, and effort this year is absolutely noteworthy.

Excuse my language, but I ain’t accepting (expletive)… I’m not ready to throw in any damn towel.” – Cam Heyward on Week 16 loss

Ahkello Witherspoon may have been worked into the lineup slowly, but over the past three games, the defensive back has four pass defenses, two interceptions, and has helped Cameron Sutton to move more freely, at times, schematically.

Diontae Johnson didn’t have the best game against the Chiefs, but he’s been a critical piece of the Steelers’ offense this season. He continues to outpace Chase Claypool, James Washington, and Ray-Ray McCloud.

“We gotta do a better job all around… [the loss isn’t] gonna stop me from makin’ plays and doin’ what I’m doin’ for the team to help us win.” – Diontae Johnson

The Steelers may have little opportunity left to get into the playoffs because they’re fighting to not have their first losing season under head coach Mike Tomlin. Putting the loss to the Chiefs is a must-do situation, however. It’s do or die time for Pittsburgh. If they can overcome their biggest challenges in their final regular season games, they might have a shot at not just having to plan on what 2022 will bring.