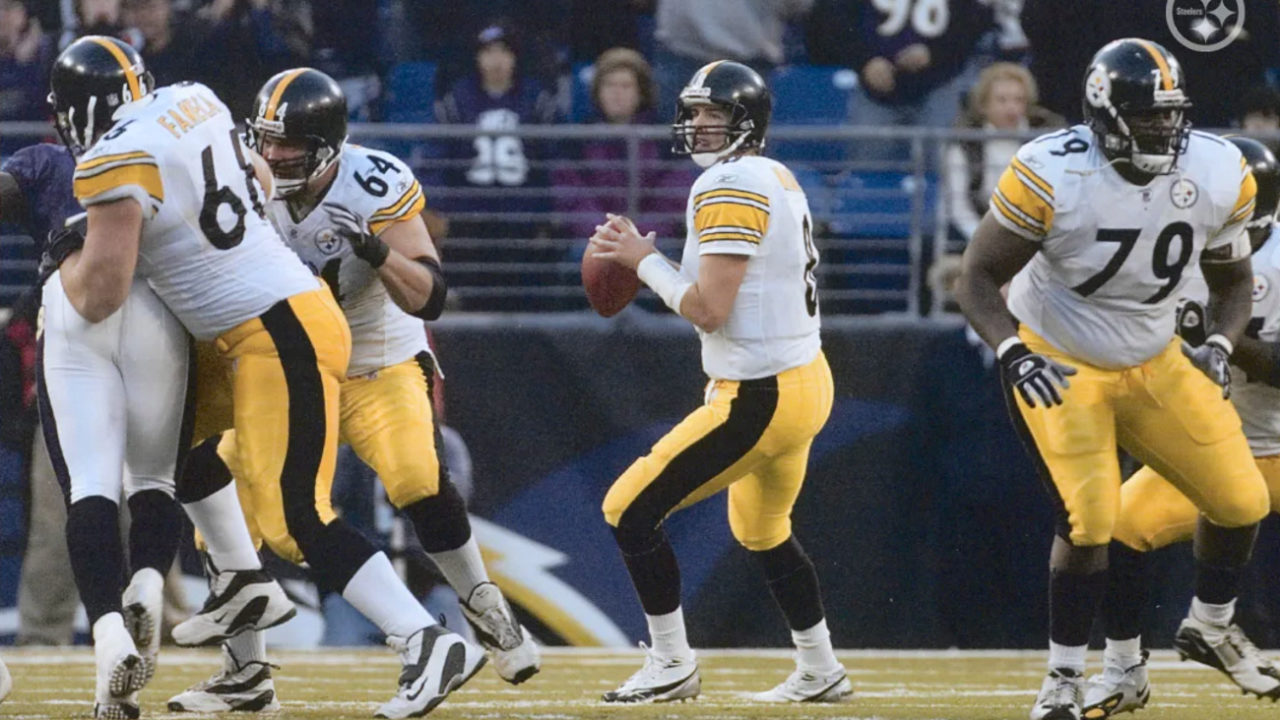 In 2002, the Pittsburgh Steelers started a new quarterback that had been considered a first-round draft error and ‘bust’, a journeyman nightmare, an AFL and XFL surprise, and former insurance salesman in Tommy Maddox. Despite taking over for Kordell “Slash” Stewart in Week 4 of the 2002-3 NFL regular season, Steelers fans weren’t sure they wanted Maddox to lead Pittsburgh’s offense. By the end of the season, however, Maddox had turned enough heads to be named the NFL’s “Comeback Player of the Year” by the Associated Press.

When Maddox was selected in the first round (25th overall) in the 1992 NFL Draft, coach Dan Reeves felt he had John Elway‘s replacement and the next franchise quarterback. Reeves and Elway reportedly had a poor relationship at the time despite Elway being one of the NFL’s best quarterbacks (and was inducted into the Pro Football Hall of Fame).

Maddox’s two seasons at UCLA didn’t impress former NFL quarterback Joe Theismann, however, who commented just before the draft selection that he felt Maddoxx should have considered the World League or remained in college for at least another season. Maddox spent just two seasons in Denver before he began a long journey that would eventually see him in a Pittsburgh Steelers uniform.

Maddox spent the next few years traveling. He spent the 1994 season with an abysmal Los Angeles Rams team that finished 4-12 before their move to St. Louis. Maddox, who hardly played quarterback behind Chris Miller and Chris Chandler, was relegated to being the placekick holder despite a Week 5 game that saw him complete seven-of-15 passes for 86 yards and two interceptions. His career-long pass, at the end of that season, was for 39 yards to Todd Kinchen. Maddox rejoined Reeves behind Dave Brown on the New York Giants roster where, again, he mostly played as a placekick holder and became an interception-throwing, small-handed fumbling master. He went with Reeves to the Atlanta Falcons but didn’t make it past the final roster cuts in 1997, thrusting Maddox into the “after football” world where he began selling insurance and volunteered to help coach at alma mater L.D. Bell High School.

After reinventing himself during the 2000 season with the New Jersey Red Dogs of the Arena Football League (284-of-490 pass completions for 3,800 yards, 64 touchdowns), and 2001 season with the Los Angeles Xtreme, Maddox looked ready for an NFL return. With the Xtreme, Maddox led the XFL in passing yards, touchdowns, and led the team to the “Big Game At the End” where he was named the XFL MVP of the Year.

Maddox signed with the Steelers in 2001 but didn’t see any action until a Week 7 win over the Tennessee Titans. Despite the Steelers’ AFC Central Division Champion status, they lost to the eventual Super Bowl XXXVI champion New England Patriots in the AFC Championship game with a mix of Maddox and Stewart at quarterback.

When Maddox replaced Stewart and led the Steelers to a comeback win in Week 4 of the 2002 NFL regular season, though, head coach Bill Cowher bumped No. 8 to the starting quarterback position. Maddox’s first NFL start since 1992 was a 32-29 loss to the New Orleans Saints. In Week 6, a Maddox-led Steelers team handed the Cincinnati Bengals a 34-7 loss. In a Week 7 showdown between Maddox and Peyton Manning of the Indianapolis Colts, the Steelers were able to grab a 28-10 win as Maddox threw for 305 yards and three touchdowns on 25 completions.

Maddox passed for 473 yards against the Atlanta Falcons (34-34 tie; first NFL tie game since 1997). In the showdown opposite Michael Vick, the game became one of the most famous tie games in NFL history.

In the loss to the Tennessee Titans in Week 11, Maddox was tripped up, injured, and forced to leave the stadium via ambulance.

After a rough patch, Maddox led the Steelers into the playoffs again thanks to a 10-5-1 record. Despite being sacked 26 times, Maddox completed 235-of-377 passes for 2,936 yards and 20 touchdowns to 16 interceptions. In the wild card round, Maddox helped lead the Steelers to a 36-33 comeback win over the Cleveland Browns but could not get a win in overtime to the Tennessee Titans in the divisional round.

“Half of a panel of 48 sports writers and broadcasters covering the NFL voted for the Steelers’ starting quarterback…Maddox, 31, is the first Steelers player to win the award.” – Pittsburgh Post-Gazette

Although Maddox would play through the next two seasons in Pittsburgh, he was forced to relinquish his starting position to rookie Ben Roethlisberger in Week 2 of the 2004 season due to an elbow injury. Despite returning here and there, mainly due to injuries Roethlisberger sustained, Maddox ultimately lose his spot altogether to “Big Ben” ahead of the Steelers’ Super Bowl XL win over the Seattle Seahawks.