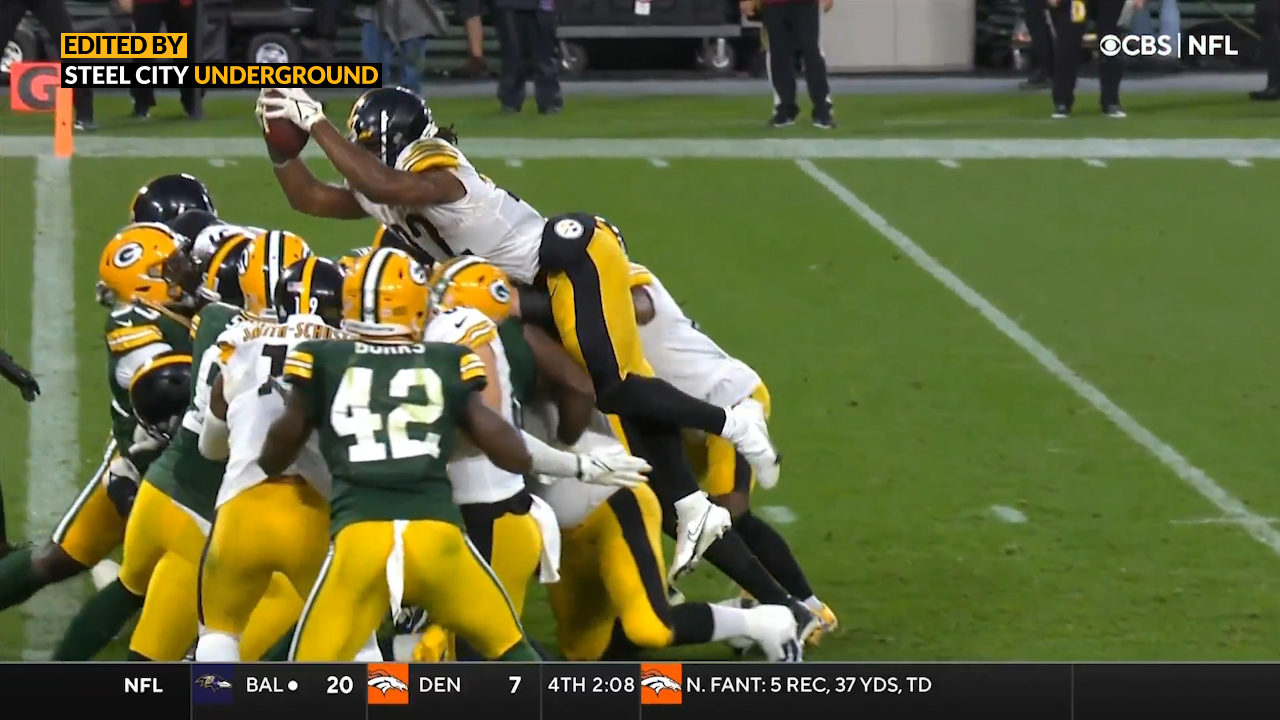 The Week 4 game in Green Bay against the Packers was one that was going to test the already struggling Pittsburgh Steelers. Early, however, the Steelers were able to get on the scoreboard. Their opening offensive drive would be the first during the 2021 season that would end in a touchdown.

Rookie running back Najee Harris had been utilized in both the running and passing game through the first few weeks of the schedule, but earned his first career rushing touchdown in the fourth quarter to give the Steelers an opportunity to make a late-game run at the Packers.

With just over four minutes left in the final quarter of the game, Ben Roethlisberger ran an eight-play, 65-yard drive to bring the Steelers within 10 points (27-17) of the Packers.

The longest play during the possession went for 30 yards on a pass to James Washington that put Roethlisberger’s all-time passing yardage ahead of Dan Marino.

On first-and-goal, Harris took a quick handoff from Roethlisberger, dove with full extension over the pile in the middle, and put the football over the goal line to earn his first career rushing touchdown with the Steelers.

Harris would finish the day with 15 carries for 62 yards and the above TD, while adding 6 receptions for 29 yards: just shy of a 100 all-purpose yardage performance.

However, Harris’ contributions would not be enough to defeat the Packers in their stronghold of Lambeau Field, as the Steelers fell to 1-3 with a final score of Green Bay 27, Pittsburgh 17.