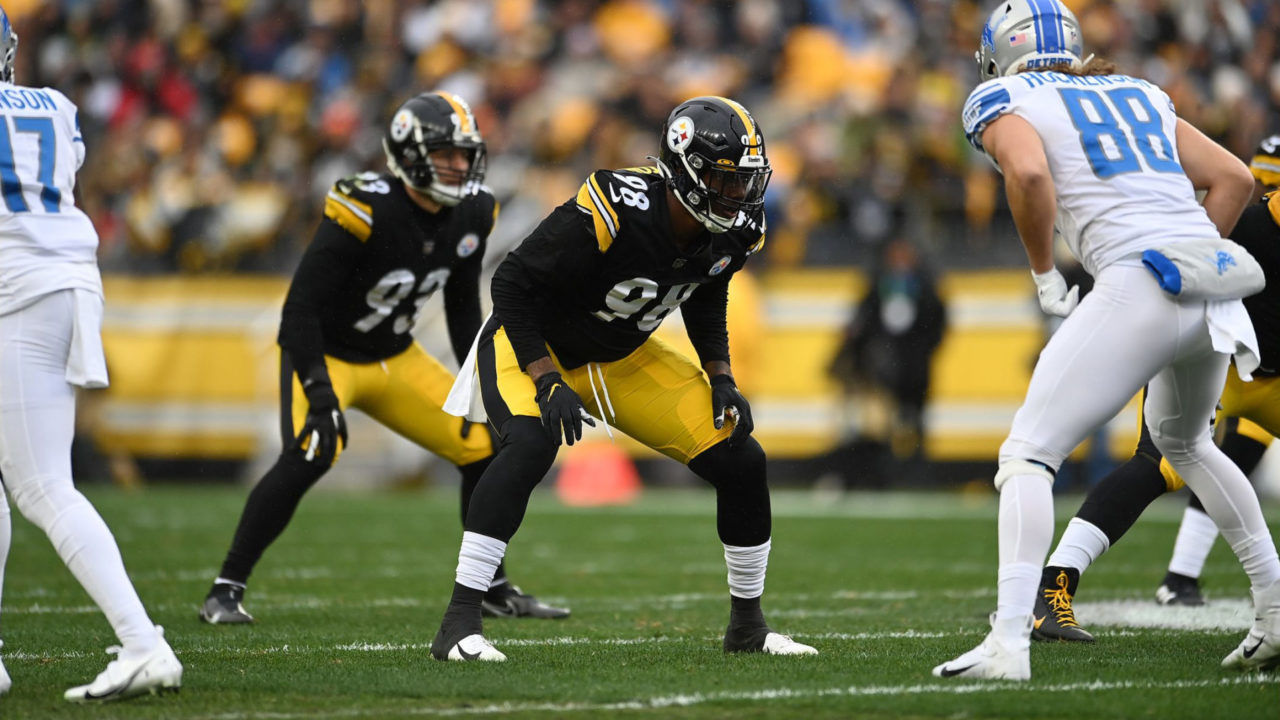 While the initial onslaught of free agency has waned and teams start to shift their focus to the upcoming NFL Draft, the Pittsburgh Steelers still have some areas of their depth chart they may want to address.

I’ve identified at least three positions where the team could use more help, albeit, the roster appears to be in solid shape to attack the draft however they see fit. However, as we’ve seen with injuries in the past, it may be wise to shore up these positions with a veteran free agent or two, before it’s too late.

While I debated as to how big of a loss this might be for the team (it’s not) there’s still a gaping hole behind the top two players at the position with Diontae Johnson and Chase Claypool.

Pittsburgh doesn’t have to reach for a marquee name, as they still have veterans who were on their practice squad last season, Anthony Miller and Steven Sims, signed to the team. Yet, this is an area where they should probably add at least one body to the room before heading into the draft.

Among some of the big names still out available are Jarvis Landry, Will Fuller, T.Y. Hilton, Sammy Watkins, Odell Beckham Jr., and Cole Beasley.

We saw how ugly things got when T.J. Watt was injured, and even the younger Alex Highsmith couldn’t overcome that loss by himself.

Watt and Highsmith, who both played brilliantly in 2021, need a dependable player who can come off of the sidelines and give them a breather. Playing anywhere from 70%-90% of each game, it’s imperative that the team adds some depth at outside linebacker, and a veteran free agent would be a wise choice.

There’s already one who was on the team last year, who I’d like to see get another shot: Taco Charlton.

Charlton, a former first-round pick, found himself bouncing around and out of football before the Steelers came knocking in November. He immediately moved into this the OLB3 spot on the depth chart as the team moved on from Melvin Ingram, who was signed to be the veteran depth entering training camp.

Most of those names don’t strike me as younger or wanting to take a backseat role, but it may be worth looking around the free agent pool to keep Watt as fresh as possible.

There’s still a huge gap, perhaps the only true hole which needs filled on the Steelers roster: and that’s starting strong safety.

Terrell Edmunds, the starter for the last four seasons, is still unsigned in a free agency and could be brought back.

Rumors also continue to swirl about the headliner on this list, Tyrann Mathieu, as well as former Falcons and Cowboys safety Damontae Kazee.

Pittsburgh is fairly set with penciled in starters everywhere else on their depth chart with the exception of this position, and its unlike them to not fully address it prior to the draft – unless you believe they will target a starter there as they did with RB Najee Harris last season. (And having not bothered with any free agents at running back.)

If that were the case, then we could see the Steelers making a heavy push for S Kyle Hamilton out of Notre Dame. But if they were to dip into the free agent pool for insurance, there’s still a handful of veterans such as Jabrill Peppers, Tashaun Gipbson, and Keanu Neal, in addition to the others mentioned, that they could look into signing.