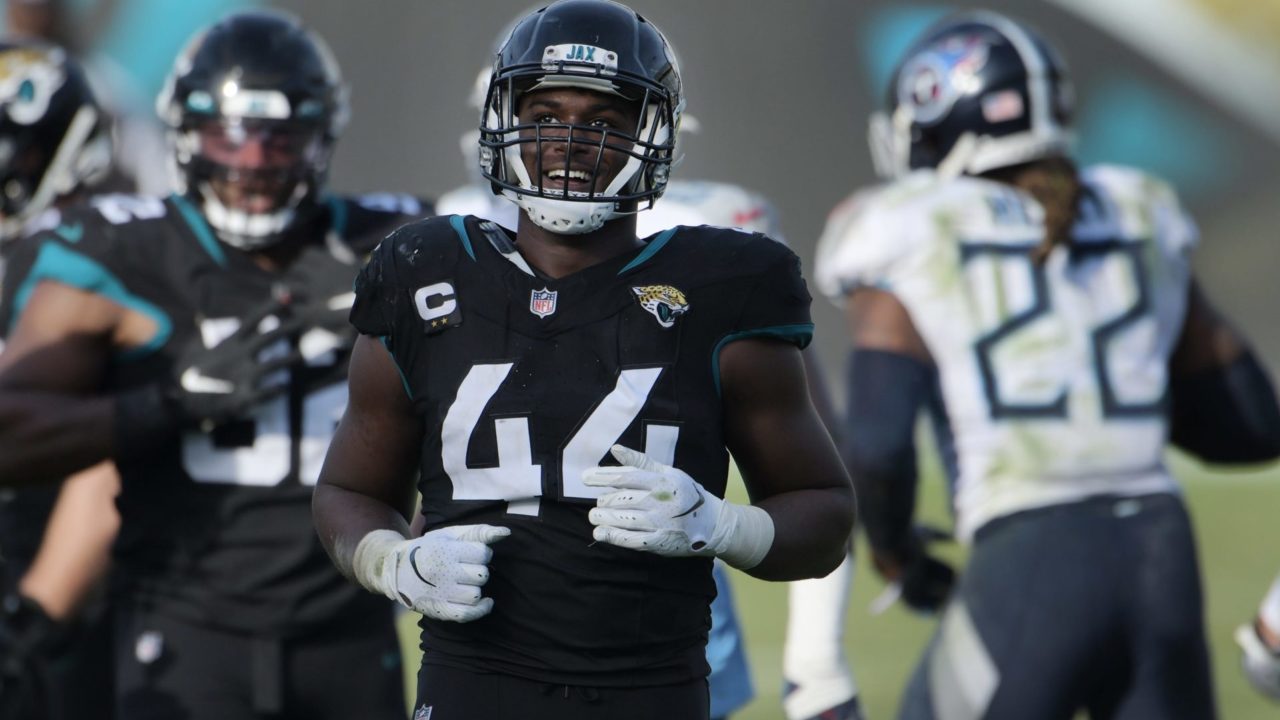 Steel City Spotlight: Myles Jack is a major addition to the Steelers defense

The Pittsburgh Steelers have been uncharacteristically aggressive early and often during this year’s free agency period, and perhaps the most impactful prospect picked up by Kevin Colbert and Mike Tomlin, is former Jacksonville Jaguars linebacker Myles Jack.

A former second-round pick in the 2016 NFL draft, Jack fell to the Jaguars in the second round due to concerns that he would require microfracture surgery on his knee leading up to the draft. The presumptive top 15 pick would fall all the way to 36, but in doing so, would give Jacksonville a dependable, quality starting linebacker to patrol the middle of the field for the next several years.

Despite the concerns around his knee coming out of college, Jack has been a highly reliable asset for the Jaguars defense over the years, with the only significant injury and time missed coming in the 2019 season where Jack was put on IR in Week 13 with a left knee injury.

Jack had previously appeared in 59 consecutive games since being drafted in 2016.

Let’s take a look at some numbers from Myles Jack during his time in Jacksonville (the post-rookie year where he was not considered a starter or playing a significant number of snaps):

What does this mean for the Pittsburgh Steelers defense in 2022?

It means that the Steelers may finally have addressed an issue that has plagued them for years and been an Achilles heel for the Mike Tomlin defense in games where you need a stop on 3rd and long – a linebacker that can cover! Such a novel and foreign idea to many Steelers fans, I know, I feel your pain Steelers Nation.

I too have images of Vince Williams, Jon Bostic, or Jarvis Jones trying their hardest but seemingly always failing to cover a rumblin’, bumblin’, stumblin’ Rob Gronkowski in late December and January seared in my Black and Gold memory bank forever – right next to Jesse James catching that pass at the goal line. *sigh* but I digress…

While Jack has shown some struggles in the run game when having to have to deal with bigger blockers and Jack is not the downhill, physical, thumper-type like a Robert Spillane or Vince Williams – Jack is the type of linebacker that thrives when being able to play off of his instincts in coverage, and sideline to sideline in the run game.

Myles Jack stops Lamar Jackson behind the line of scrimmage

Good news for Steelers fans is that Jack is not only a highly productive athlete in coverage, but an intelligent player and communicator of a defense. He wore the green dot while playing in Jacksonville and with Joe Schobert being released by the Steelers, one can assume that Jack will be taking over those duties for the Steelers defense in 2022.

Myles Jack very well could end up being the player that the Steelers had hoped they got when they moved up to draft Devin Bush in 2019. Steelers fans are going to be keeping a close eye on Bush this upcoming year, who is going to be two years removed from ACL surgery and hoping to bounce back in a big way after an incredibly underwhelming performance last year.

Both Jack and Bush will have the opportunity to learn directly from new Steelers linebacker coach Brian Flores, a Belichick disciple and an incredibly respected football mind in his own right.

While Myles Jack and Devin Bush exist in different environments coming into this year, Jack looking for a fresh start with a new team, and Bush potentially in the hot seat with the team that drafted him – you can bet that the entire Steelers organization, and Steelers fans are anxiously anticipating the performance of this linebacking duo in 2022.