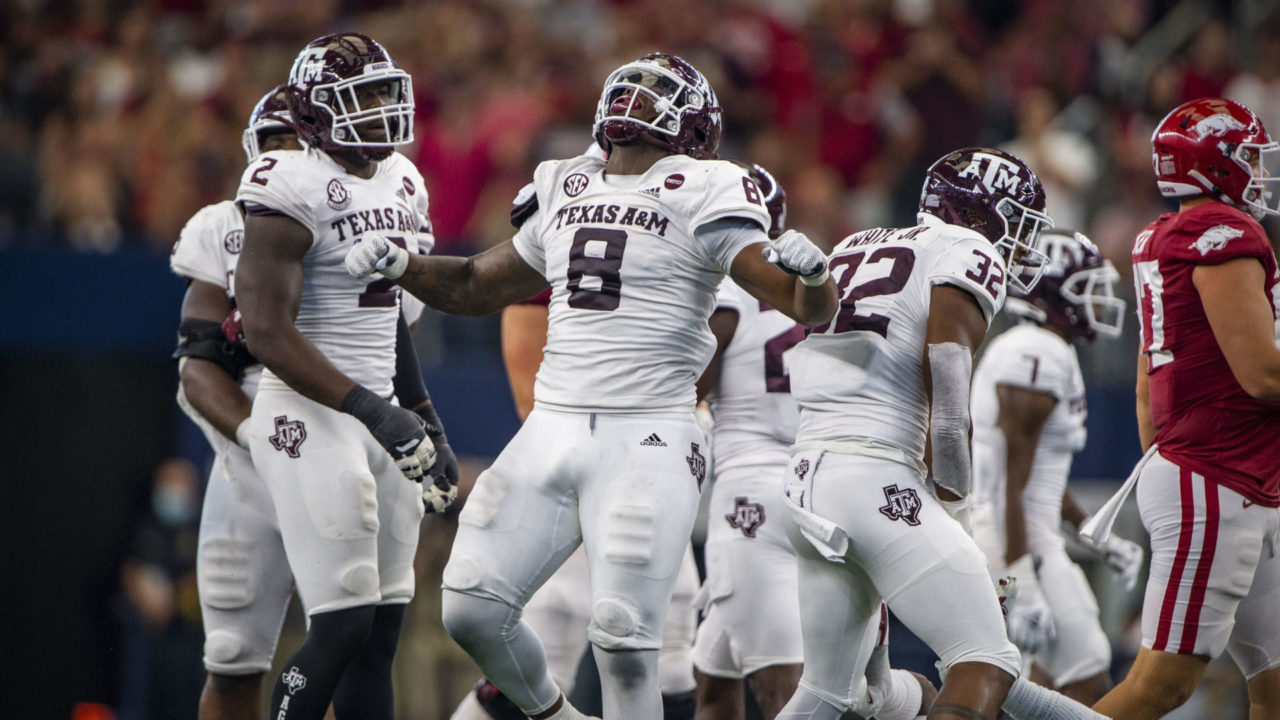 With the Pittsburgh Steelers focusing on offense with their first two picks in the 2022 NFL Draft in Kenny Pickett (quarterback) and George Pickens (receiver), all the talking heads – including almost all of us here at Steel City Underground – had the Steelers looking to bulk up their defense in the third round. They did just that in selecting Texas A&M defensive end DeMarvin Leal with the 84th pick overall.

A five-star recruit coming out of high school, Leal has been a top prospect with the potential to be special at the next level since he first stepped foot onto a football field deep in the heart of Texas. During his three years with the Aggies, Leal posted 59 solo tackles, 25 tackles for a loss, 133 total tackles and 13 sacks, as well as five passes deflected and two forced fumbles.

An absolute physical freak with a high motor, Leal is at his best when he’s playing downhill, able to utilize his incredibly strong upper body and violent hands to cause havoc in opposing backfields.

On the flip side, Leal has shown struggles shedding blocks in the run game and his overall consistency.

Much like the Steelers’ 2nd-round selection – Pickens – questions surrounding Leal aren’t centered on whether he has the physical ability to make it in the NFL. Rather, can he develop the football IQ and consistency to match with unquestionable physical gifts.

“(Leal’s) got the frame to get a little bit bigger, but he does some things in the run game that we really like, and we value here.” – Teryl Austin

Especially with Tuitt’s return still in question, I would not be surprised at all to see Leal getting first-team reps by the end of training camp and potentially even starting Week 1.