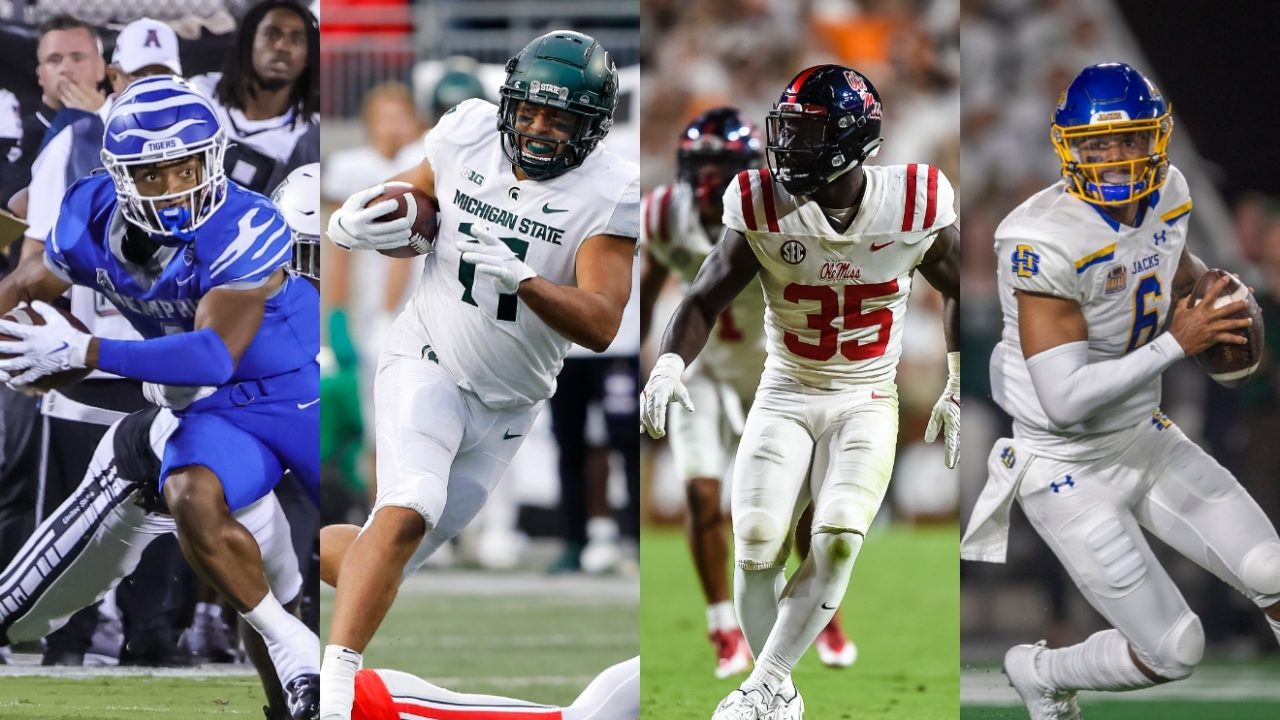 Steelers end 2022 NFL Draft with a steal, family, and a couple of projects

The Pittsburgh Steelers wrapped up the third day of the 2022 NFL Draft by selecting players that offer them depth and youth. One player was a steal, one is a familiar name to many Steelers fans, and two are projects Pittsburgh can mold into their game plans.

The key word for Calvin Austin III is “speed”. Austin ran a 4.32 40-yard dash at the NFL’s Pro Scouting Combine, clocking in as the third-fastest among all WRs.

During his time at Memphis he amassed 156 receptions, 2,541 receiving yards, 16.3 yards per reception, and 22 touchdowns.

Receivers Coach Frisman Jackson complimented Austin’s ability to play both inside in the slot as well as a perimeter wideout, stating that Austin will add a, “different dimension to our offense”.

With a Steelers receivers room now equipped with Diontae Johnson, Chase Claypool, and second-round pick George Pickens, Austin’s shiftiness and “oh $#!&” speed will be great compliments to the size of Claypool and Pickens, while hopefully taking some of the pressure off of Johnson to be a true #1 WR.

The route runner in Johnson, the physical freaks in Claypool and Pickens, and now the tenacious speedster in Austin – just like that, it appears that the Pittsburgh Steelers have renovated their receiving corps – time will tell if this makeover will be as successful as the rest of the Colbert-era WR selections and personnel groupings.

Another family reunion in Pittsburgh!

With the drafting of Connor Heyward, the Steelers now have four sets of brothers on the roster: Terrell and Trey Edmunds, Carlos and Khalil Davis, T.J. and Derek Watt, and now Cam and Connor Heyward. Looks like football is family!

Heyward is not just a name and a feel-good story. A talented and versatile weapon for the Spartans during his time in East Lansing, Heyward proved time and time again to be a strong lead-blocker with soft hands in the receiving game.

Heyward’s athleticism and versatility on tape could serve as an intriguing chess piece in the Matt Canada offense.

Although Heyward played both tight end and fullback in college, Steelers tight ends coach Alfredo Roberts stated that he sees the rookie as a tight end, complimenting his receiving skills and in-line blocking abilities.

Derek Watt fans will be happy to know that Roberts distinguished the differences between what Watt and Heyward independently offer to the team – Watt as a more traditional fullback, Heyward as a more versatile chess piece. Expect Heyward to see the majority of his time as the third tight end, a special teams staple, and potentially even a red zone weapon.

Robinson transferred to “Ole Miss” as a running back and transitioned to linebacker at the end of last season. During his one year at linebacker, Robinson amassed 91 total tackles, 5.5 tackles for a loss, and 3 sacks.

Steelers Senior Defensive Assistant/Linebackers Coach Brian Flores commented that Robinson’s lack of experience at the linebacker position was something that the organization found appealing about Robinson, believing that he took to the position quickly and has a lot of room for positive development.

Complimenting his raw athleticism, speed, and physicality, Flores stated that Robinson’s exact fit in the linebacker room will be up to him [Robinson].

A project with potential, Robinson will most likely find his early success on special teams where he does have college experience.

Oladokun may not jump off the page as the next face of the franchise, but the Steelers have proven in the past that they aren’t afraid to take chances on quarterbacks from smaller schools. The seventh-rounder had starting quarterback experience from South Florida and Samford before transferring to South Dakota State for better opportunities.

Some of the traits shown on tape – like a strong arm and the ability to create plays when the pocket breaks down – make Oladokun an intriguing enough prospect for Pittsburgh to take a flyer on.

Odds are that Oladokun is more of a camp arm than someone on the projected 53-man roster, but he will have the opportunity to end up on the practice squad, or even supplant Rudolph as the third signal-caller on the roster if the Steelers were to decide to finally move on from Rudolph.