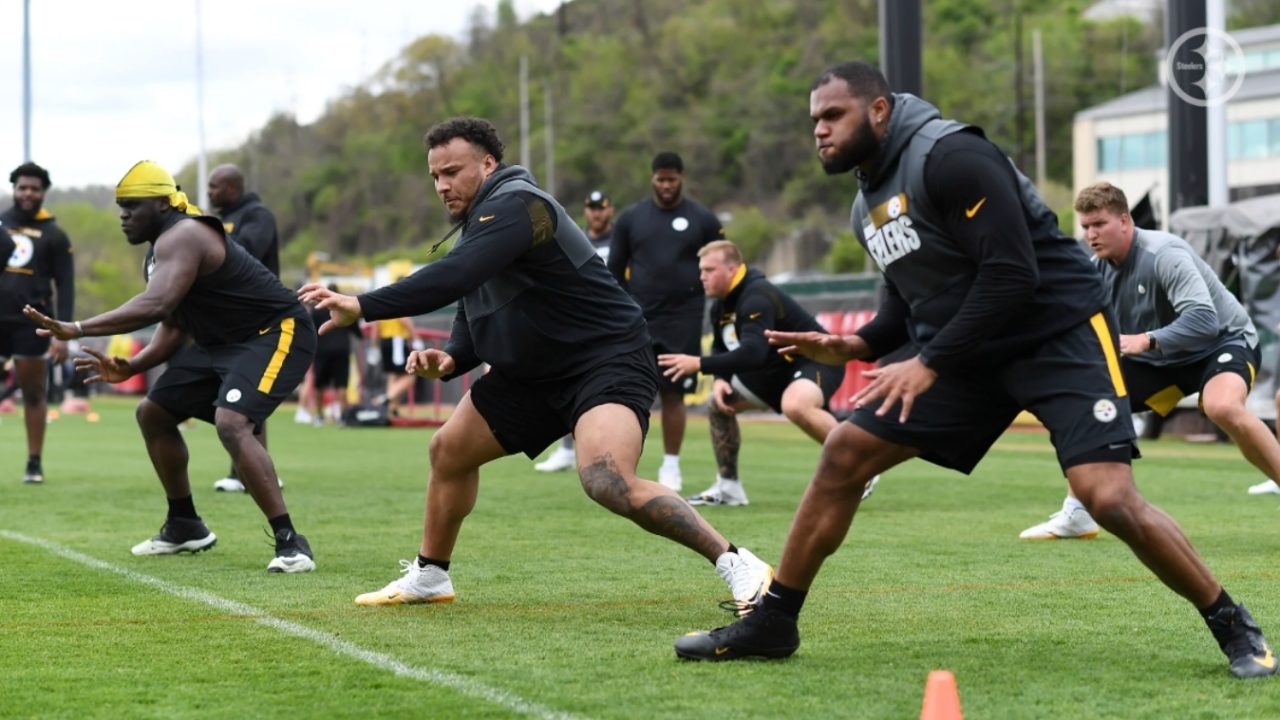 With the 2022 NFL Draft in the books, we are one giant step closer to establishing who will be donning the black and gold for the Pittsburgh Steelers in the 2022-2023 season.

In this series of articles, I am going to examine some of the lesser-known new additions to the roster, the UDFAs or undrafted free agents, that have been recently signed by the team and will be joining the Steelers for rookie minicamp May 13-15, 2022.

Who knows, the next great Steeler could be among us in this group. Donnie Shell, Willie Parker, James Harrison, and Ramon Foster – all former UDFAs and all incredible players beloved by Steelers Nation: just sayin’!

For this column, I’ll breakdown the depth at each position, with a small blurb on each UDFA, and then look their prospects for making the roster.

Jake Dixon is an athlete through and through; much like the Steelers first-round pick Pitt QB Kenny Pickett, Dixon won’t have to travel far to get to his new NFL home.

Originally scouted coming out of high school as a volleyball player, Dixon would initially transfer to Duquesne to play tight end until a shoulder injury encouraged his move to offensive line. This move would prove fruitful for Dixon as he would appear in a school-record 50 games, and allowing an average of 1.2 sacks per game.

A leader on and off the field, Dixon was constantly praised for his leadership by his teammates and coaches, as well as being named a semi-finalist for the 2021 William V. Campbell Trophy, an award often-called the “Academic Heisman” which is awarded to the player in the nation with the best combination of academics, community service, and on-field performance.

A local boy with a high character background? Sure sounds like a Tomlin/Colbert fit to me.

A three-year starter for the Tar Heels, Jordan Tucker was the 6’7″, 340-pound right tackle who would help anchor an offensive line that helped set a school-record of 537.3 yards per game in 2020 that led the ACC and was 5th in the entire nation.

The son of former Rams DB Derwin Tucker has some of the physical traits needed at the next level like a strong upper body, long arms and a powerful base – but Tucker will need to put everything together in a way unseen during his time at North Carolina if he wants to make it on the Steelers roster or in the NFL at all.

While I am still a young Tape Pup and not quite matured into a wizened, grizzled ol’ Tape Dog, Owens appears to be one in the making – speaking with reporters back in October about his own scouting notes that he’s taken on his fellow Alabama lineman Evan Neal, calling his shot saying that Neal would be a top 5 pick. (Neal was selected 7th by the Giants, so close!).

I wonder where Owens had himself going in the draft process?

My current projection for the Steelers offensive line week 1 is Moore at left tackle, Okorafor at right tackle, Dotson at left guard, Daniels at right guard, and Cole taking the starting center role over Kendrick Green who struggled last season.

There could be some maneuvering with the top end of this lineman room, especially early on as the Steelers look to find the right mesh of guard-center-guard combo.

With the bottom end of the group like our beloved UDFAs, Dixon, Tucker, and Owens will need to display their versatility and raw physical gifts early and often to earn backup spots in front of the likes of Haeg, Hassenaeur, and Leglue who have all previously shown to be capable backups at the NFL.

The trio of UDFAs will likely have to compete with Chaz Green, Pridgeon and each other for the small handful of 3rd string OL spots on the roster and practice squad.

Durant provides something to this running back group that may be an intriguing addition with the more physical styles of Najee Harris and Benny Snell Jr. – speed and home run capabilities.

I’m not sure if anyone in the building has been sold on the potential talents of Anthony McFarland Jr. and Trey Edmunds turning into contributors to the Steelers offense on a weekly basis in any way, so why not take a shot on the dual-threat home run hitter?

After spending two years at Snow College, a Junior College in Salt Lake City, Warren would spend 2019 and 2020 at Utah State before transferring to Oklahoma State for the 2021 season where he accumulated 1,216 yards in 256 attempts (4.8 yard avg.), 225 receiving yards on 25 receptions (9 yard avg.) and 11 touchdowns (all on the ground).

At 5’8″, 215 lbs., Warren is built like a wrecking ball and plays like one too. Warren wants to run downhill, make a maximum of one cut, then get to the second level as fast as possible.

He has shown the ability to set up his blockers and generate a lot of yards after contact. Warren has good acceleration out of the backfield but seems to lack that next gear to break away from defenders at the second level.

The running back room may be the most incomplete on the entire roster, and I know that some Steelers fans may be furiously typing away as they read that saying, “No! No! The cornerbacks!” I hear you, that group doesn’t exactly scream “best in the league” either but we’ll get to them in a bit.

Outside of Najee Harris, is there a name among this group from last year that gives you a great deal of confidence?

The Steelers have been missing that 1-2 punch at running back since the days of Le’Veon Bell and DeAngelo Williams. Warren has a chance to make the roster due to his size and the physical nature of his play.

I could see Durant giving Trey Edmunds and Anthony McFarland a run for their money in training camp – a fun group to keep an eye on this offseason.

Well that was fun! In all honesty, I had a blast learning more about the Steelers’ newest crop of UDFAs, and if you made it this far, I hope you did too.

Stay tuned for part two later this week as we have a look at the defensive side of the ball.