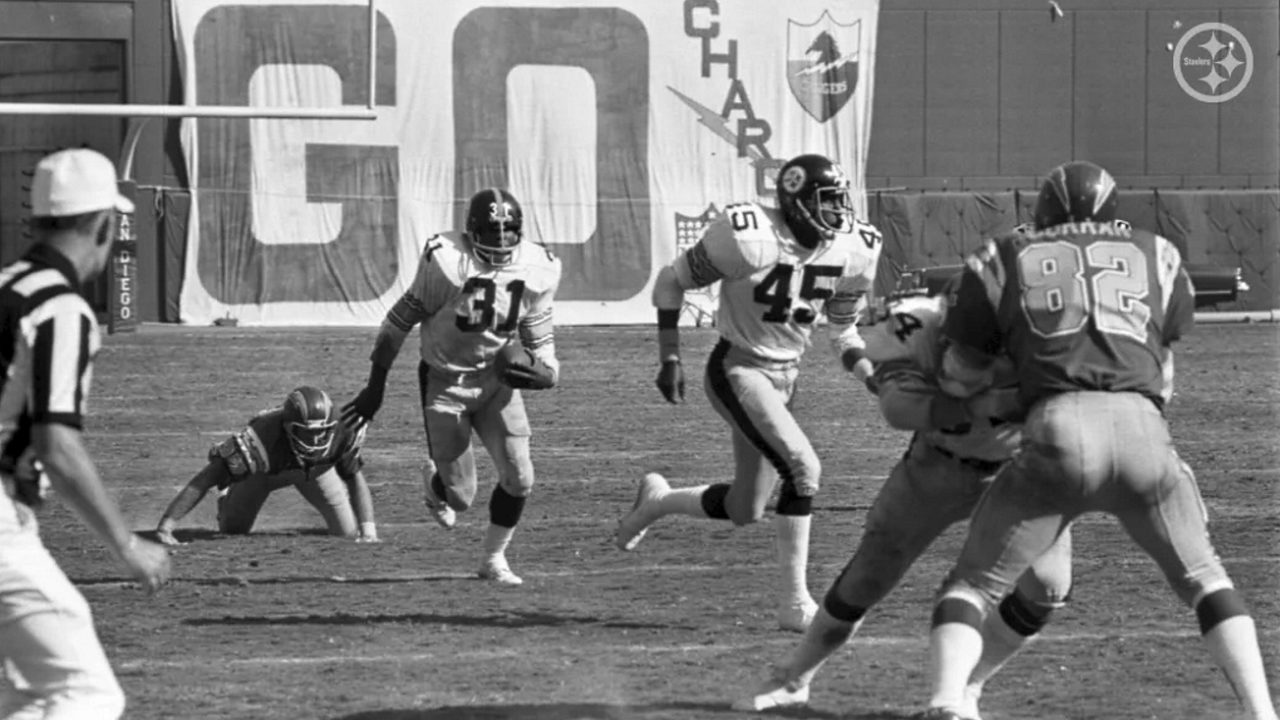 May is typically a month in which a lot of undrafted rookie free agents begin to work-in with NFL teams that passed them over during the NFL Draft. Rookie minicamps and OTAs kick off and players who many fans mistakingly tag as a “camp body only” try to make a case that they are NFL-ready athletes. In the case of Donnie Shell, the Pittsburgh Steelers found a gem in an undrafted free agent; he went from a chance of making the roster, to four-time Super Bowl champion, and all the way to the Pro Football Hall of Fame, making franchise history.

Shell grew up in the “Pearl of the Piedmont”: Whitmire (Newberry County), South Carolina; a textile town in the heart of the South along the Enoree River. As a youth, Shell played on the Whitmire High School team as a linebacker.

His move to South Carolina State University, a HBCU and land-grant university in Orangeburg (SC), allowed Shell the opportunity to earn an education and play collegiate football under Willie Jeffries. Shell earned All-American and All-conference honors, something that was further honored when he was inducted into the College Football Hall of Fame in 1988.

No NFL team selected Shell in the many rounds of the 1974 NFL Draft. That could have defined Shell’s life but, instead, the Pittsburgh Steelers signed him as a safety and it was a marriage between franchise and player that was a happy pairing.

Shell started, like many rookies, as a special teams player.

“I’ve never seen a guy play the special teams like you,” Mel Blount said in an online discussion with Shell. “I’ll never forget you were getting a little bit down on yourself in training camp… I knew what you meant to the team,” Blount added, saying that he knew he needed to seek Shell out and talk to him, work with him. “The opportunity was going to come for you to play on defense.”

“We called him ‘Torpedo’. Donnie got started on special teams. He wasn’t supposed to be the fastest guy, but he was always the first guy down [the field]. He made collissions.” – Joe Greene

The hard-hitting linebacker-turned-safety in Shell earned the nickname “Torpedo” because he’d close on opposing players quickly, gliding under the radar with no fear, and make contact that opponents felt to the core. He didn’t just tackle, he made a major impact.

“Donnie was an all-around player… We could play all of our coverages because of (him). He gave muscle to our football team.” – Joe Greene

Shell worked his way from special teams player to starter in the famed Steel Curtain defense. He earned five Pro Bowl appearances between 1978-82, was a four-time All-Pro selection, and the Pittsburgh Steelers’ team MVP in 1980. Shell played in 201 games for the Steelers, eclipsed only by Hines Ward (217), Mike Webster (220), and Ben Roethlisberger (249).

In back-to-back Super Bowls (XIII and XIV), Shell was responsible for saving what many consider to be several touchdown opportunities. He would earn four Super Bowl championships with Pittsburgh before retiring from play with 51 interceptions (for 490 yards), 19 fumble recoveries, and four defensive touchdowns. Shell retired at the all-time NFL leader at safety in interceptions.

“I didn’t really have plans to play NFL football… I wanted to be a teacher and a coach,” Shell told Stan Savran. He credited Bill Nunn’s relationship with coaches of historically black colleges and universities, including SCSU’s Jeffries.

“Pittsburgh was the right team for me.” – Donnie Shell

Shell was named to the PRFA Hall of Very Good Class of 2o13 by the Professional Researchers Association and was a finalist for the NFL’s 100th Anniversary Team in 2019. Finally, after riding in the Top 15 in balloting for the Pro Football Hall of Fame once before, Shell was announced (Jan. 15) as a member of the Hall’s Centennial Class of 2020 and was inducted by Tony Dungy. “Fifty one career interceptions. 51,” Dungy said about Shell at the enshrinement ceremony. “He deserves to be in the Hall of Fame.”