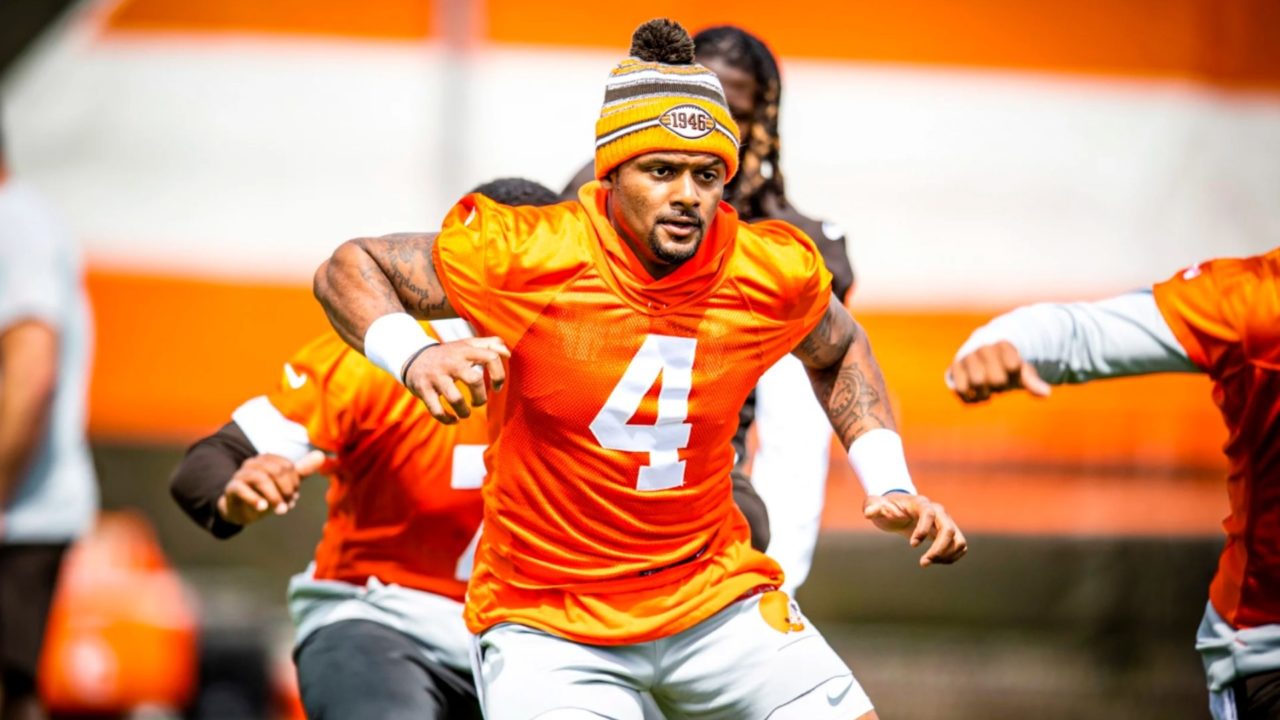 As the 2022 NFL season approaches, the dust is settling from the draft and free agency, with training camp right around the corner. What AFC North team should the Pittsburgh Steelers and their fans look out for/pay attention to? Who will be “the” threat in the division?

So, let’s look at the Cleveland Browns… and why they won’t be nearly as dangerous as pundits have predicted.

The “Browns is the Browns”

The perennial younger brothers of the AFC North. For the first time, in the 2020 playoffs, the Browns got the upper hand on their older brother in the Pittsburgh Steelers, trouncing Pittsburgh from the first snap; leaving Ben Roethlisberger and Maurkice Pouncey in tears on the sidelines at the end of the game both contemplating their future.

However, 2021 was not a transcendent followup that skyrocketed the Cleveland Browns into mainstream stardom like Nirvana’s Nevermind album or Amy Winehouse’s Back to Black. Rather, it served up such a dud filled with injuries and high drama that it left the football world wondering if the Browns were actually just a one hit wonder.

Fast forward to 2022 and the Cleveland Browns look and feel like an entirely different organization than they did just a couple of years ago.

No longer the darling Charlie Brown underdogs of the NFL, the Browns have moved on from their once-anointed savior, Baker Mayfield, who helped deliver a playoff win for Cleveland for the first time since 1994.

Instead, this offseason, the Browns chose to sell their soul and mortgaged their future for DeShaun Watson, the former Houston Texans quarterback who is under investigation and may not even see the field in 2022.

With a new QB, a new WR1, and a handful of other notable changes, let’s take a look at everything the little brothers in Cleveland have done in preparation for their 2022 campaign: The good, the bad, and the Browns.

The trade for receiver Amari Cooper this offseason is a fascinating move by the Browns front office and, while you would have to search for quite a long time to find someone on the internet who lists Cooper as one of the best receivers in football, there is no question that a healthy one-two punch of Watson-Cooper is the superior duo compared to Mayfield-Landry, which has been Cleveland’s mainstay in the passing game for the entire first chapter of Head Coach Kevin Stefanski’s tenure in Cleveland.

Re-signing Jadeveon Clowney is a move that, by default, has to be placed in this category simply due to the fact that without re-signing Clowney, the Browns could very well have ended up asking Chase Winovich to fill the shoes of Clowney. And, while Winovich had a career year in 2021 with 37 pressures and 5.5 sacks, he does not provide the same presence as Clowney.

One last note for the “good” comes from an unexpected role, kicker. In a move that I cannot help but compare to what the Cincinnati Bengals did last year in drafting kicker Evan McPherson in the 5th round, the Browns drafted LSU kicker Cade York in the 4th round of this year’s draft.

McPherson proved to be a homerun pick by the Bengals last year, nailing clutch kick after clutch kick for Cincinnati on their way to a Super Bowl appearance.

York replaces Chase McLaughlin who, after starting the year off strong with the Browns, ended the season with a 71.4% field goal percentage, only making 4-of-10 kicks between 40-49 yards. The Browns hope that York will be able to keep up in what is perhaps the best kicker division in the NFL with Chris Boswell, Justin Tucker, and Evan McPherson.

Cleveland can use all the help they can get when it comes to revitalizing their passing game. Donovan Peoples-Jones led the team in receiving yards last year with 597. Three out of the top five receiving options for the Browns last year are gone coming into this year (Jarvis Landry, Austin Hooper, Rashad Higgins).

The Browns needed a makeover in their receiving corps, but outside of the addition of Cooper, the depth is ghastly.

Is Peoples-Jones going to make the leap? Can Jakeem Grant Sr. prove to be more than a solid returner? Will 3rd-round rookie David Bell be anything?

I would be shocked, a happy Steelers fan, but shocked if the Browns went into the 2022 season without adding a veteran name or two.

Someone like Will Fuller, who already has built chemistry with Watson from their time in Houston together, could make sense for the Browns to take a flyer on despite Fuller’s injury history.

Or even an older vet looking for one more championship run like a Julio Jones, T.Y. Hilton, or Emmanuel Sanders?

Let us now discuss the elephant in the room: Watson currently under investigation by the NFL for what are now 23 accusations of sexual assault and sexual misconduct from women who claim the quarterback acted in felonious manner during massage sessions.

In many ways, this investigation determines how much the Browns can really threaten the AFC North at all.

NFL commissioner Roger Goodell told reporters last week at a press conference that the league is, “nearing the end of the investigation,” but offered no timeline to when we should expect a resolution to the matter.

I would be willing to wager that Watson’s punishment will be more severe than both Ben Roethlisberger’s (six-game suspension in 2010 reduced to four) and Jameis Winston‘s (three-game suspension, also in 2010), in no small part to the amount of emphasis placed on addressing sexual harassment in the workplace, and the treatment of women in the workplace, throughout the country in recent years.

It’s certainly a case of the pot calling the kettle black due to the amount of NFL owners with skeletons in their closets, but that is a discussion for another article.

One other factor that I would consider in all of this is the recent suspension of Los Angeles Dodgers (Major League Baseball) pitcher Trevor Bauer, who was suspended for two full seasons for violating the league’s domestic violence and sexual assault policy. While there are significant distinctions between Bauer’s case and Watson’s case, I think it would be foolhardy to not consider that outside context from another professional sports league.

The Browns will have to hope that not much has changed in the “boy’s club” and Goodell does not look to make an example out of Watson in the same way the MLB has with Bauer with a groundbreaking decision if they’re banking on him being their season-maker.

With Watson out anywhere from 2-17 games, depending on the decision from Goodell, I highly doubt anyone could convince Baker Mayfield to step onto a football field again in a Browns uniform, so it would then be Jacoby Brissett filling in for Watson during his suspension.

According to the top offshore betting sites, the Steelers are 60/1 odds of winning this year’s Super Bowl while the Browns are favored better at 16/1: though that could change quickly if Watson doesn’t play.