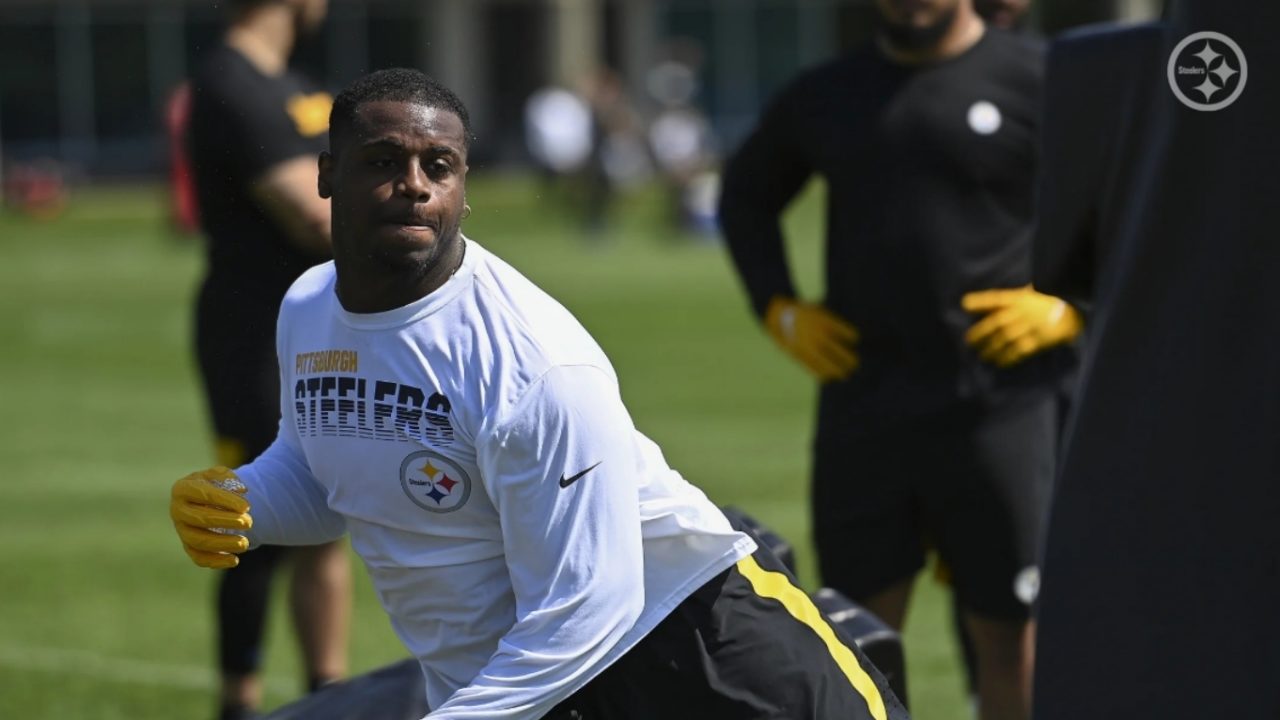 In this article, we here at Steel City Underground will be examining the newest crop of Pittsburgh Steelers and assessing which ones will be starting right away and having an immediate impact for the Black and Gold in their 2022 campaign

It truly feels like a new era in Pittsburgh. The ol’ gunslinger, Ben Roethlisberger, has hung ’em up, Kevin Colbert’s heir has been found in Omar Khan, and the only two Steelers players left standing who were on the roster the last time the franchise won a playoff game – Cameron Heyward and Chris Boswell.

Change can be scary. But, do you know what’s scarier than change? Failing to change and the rest of the NFL leaving you behind like a fossil, living in the glory days of dynasties past. We don’t want to end up like the Cowboys, do we? Of course not!

Below are my rankings for the top four rookies that will be helping the Steelers build their new dynasty.

Circumstances outside of the organization’s control have moved Leal from the middle of this list to the very top. With the retirement of Stephon Tuitt, the defensive line for the Pittsburgh Steelers begins to have more question marks surrounding it than certainties.

The team has historically, and will once again in 2022, rely heavily on the high motor, strength and versatility of captain Cameron Heyward to anchor that defensive line, but as proven last year – Heyward cannot do it alone.

Even if Tyson Alualu returns to the caliber of player that he was before his foot injury sidelined him for all of last season, the Steelers defense will need more than a rotation of Chris Wormley and Isaiahh Loudermilk to fortify their defensive line.

Enter DeMarvin Leal. Being asked asked to step into a role one year earlier than initially planned when the Steelers drafted him with the 84th pick in the 3rd round of this year’s draft may illustrate what Head Coach Mike Tomlin once said, “One man’s misfortune is another man’s opportunity.”

It is truly heartbreaking that Tuitt will never play football again and that his career ended in the way it did. With all of our hearts going out to the Tuitt family and anyone struggling with mental health issues (resources listed below).

The fact remains that the early retirement of Tuitt opens the door for Leal to step in as the next foundational piece in the defensive line of the Pittsburgh Steelers. Leal will have ample opportunity to earn the starting role throughout training camp, likely competing heavily with Wormley and the second-year 5th round pick in Loudermilk.

I wonder if Chase Claypool was thinking to himself – “lol that’s Diontae Johnson‘s replacement not minds…”, when reading aloud “George Pickens, wide receiver, Georgia” in front of the live crowd in Las Vegas.

In my opinion, with the loss of Smith-Schuster this offseason, Pickens is the player, out of this group, that is the most seamless plug and play day-one starter.

However, the depth in the receiver room with Johnson and Claypool as the team’s #1 and #2 options (for now), means that there is a lot less inherent pressure for production – day one – for Pickens like there is now for Leal. Pickens checks off all the boxes at receiver: an incredible route-runner, aggressive at point of possession, and loves to run-block, which will always get you brownie points with the Steelers faithful. Pickens is perhaps the one individual among this group whose burst onto the scene seems like less of a matter of if and more of a matter of when.

Depending on who is taking the majority of snaps behind center for the Steelers throughout the year, combined with how the chemistry develops between all of the receivers and their quarterback(s), there is a very real possibility that Pickens is ahead of Johnson or Claypool in multiple significant statistical categories by the end of the season.

Calvin Austin III is a tough one to project for but he is exactly the type of player made for offseason buzz this time of year – speedy and agile.

In previous years, I would be concerned about how an increasingly stale, Roethlisberger-led offense would utilize a modern talent like Austin. However, with Matt Canada now fully in control of the offense in Pittsburgh, a talent like Austin III may be the key to unlocking the true potential of a Canada-led offense.

As I mentioned, it is difficult to peg where Austin may make his first impact donning the Black and Gold. We could see special Austin packages as early as Week One this year, but I believe that the real intrigue comes with how the Steelers develop and utilize Austin’s unique talent set in the coming years.

Just for posterity, here is a list of some notable Steelers receivers drafted during the Kevin Colbert era under 6’0″:

Has Kevin Colbert discovered yet another late-round, undersized gem at receiver in Calvin Austin III for the Pittsburgh Steelers as a parting gift? Only time will tell.

Last, but certainly not least… “The Chosen One”, “The Reach”, “The Savior”. The over-correction for a mistake made decades-ago when the organization last passed on a Pitt QB.

Whoever Kenny Pickett turns out to be in the end, that journey begins here in the early days before the 2022 NFL regular season.

Offensive Coordinator Matt Canada spoke with reporters recently and explicitly outlined what has been implicitly identified by reporters and fans for several weeks now regarding the current depth chart at quarterback for the Steelers, which is Mitchell Trubisky at QB1, Mason Rudolph at QB2, and Kenny Pickett at three. Canada would go on to explain that this was based on experience and resume.

As time goes on in OTAs and as the season approaches, I could see Pickett surpassing Rudolph in reps simply due to the fact that the Steelers are so familiar with Rudolph as a talent already and may want to give their new first round pick more reps.

As for when we could expect to see Pickett taking meaningful snaps in an NFL game? I think that the Steelers brass would ideally like an Alex Smith/Patrick Mahomes-type transition where Pickett sits the entire year and then takes over in year two.

Of course, what we want to happen and what will happen are two entirely different conversations – the Steelers wanted Roethlisberger to sit behind Tommy Maddox and Charlie Batch but the universe clearly had other plans!

Whether Pickett will have the start to his career like Mahomes or that of Roethlisberger is still anybody’s guess. But, I can guarantee you that all of Steelers Nation is going to be on the edge of their seat the first time #8 drops back to pass.

Note: If you or someone you know is in mental health crisis, please utilize resources available.