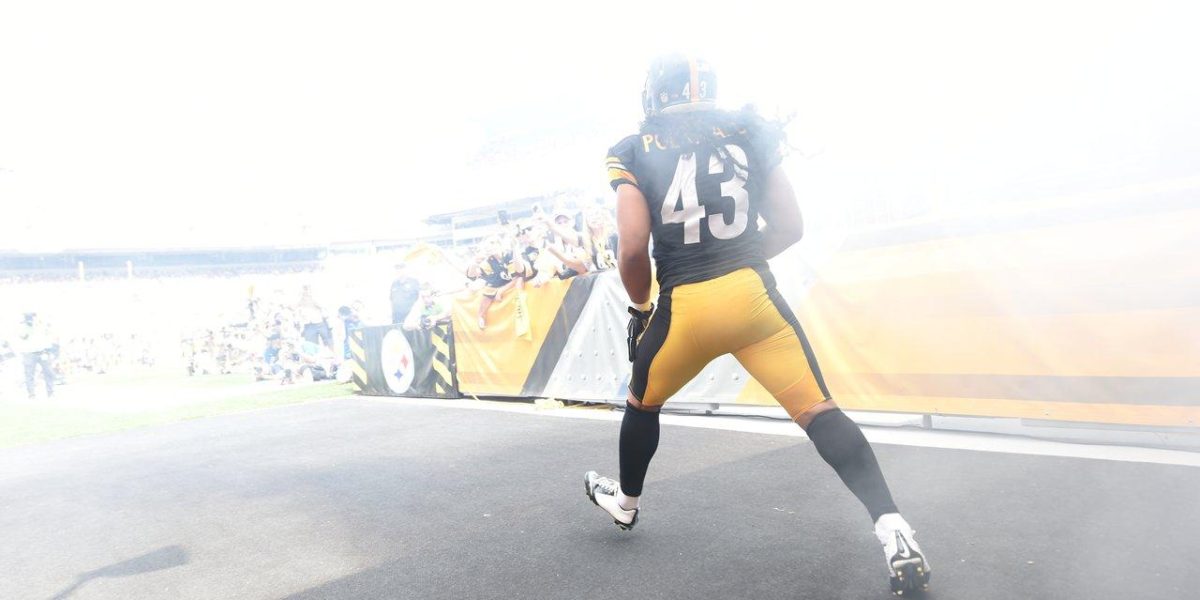 Top 10 Steelers Players of All Time

The Pittsburgh Steelers have been in the NFL for nearly a century. Since their inception all the way back in 1933, the Steelers have produced some of the greatest athletes the world of football has ever seen.

From high Super Bowl turnovers to record-breaking performances, these Steelers players have captivated NFL fans with their skill and talent. To find out which of them are the best of the best, here are the 10 greatest Steelers players in the history of the NFL.

Jack Raphael Ham Jr. is widely regarded as one of the most formidable outside linebackers in NFL history. During his 11 seasons with the Steelers, Ham contributed to no less than four Super Bowl victories.

With 32 career interceptions and 53 takeaways, Ham had an eye for big plays and executed them with uncanny precision. He became a member of the Pro Football Hall of Fame in 1988 and was also selected for both the 75th and 100th NFL Anniversary All-Time Teams.

In his prime, at more than six feet tall and weighing around 250 pounds, Mike Webster was the center that every team was reluctant to face. His ability to muster an offensive line was legendary, and his habit of leading from the front led to his nickname – “Iron Mike”.

Like Ham, Webster played for the Steelers during the period when the team won four Super Bowls. He was the team’s offensive captain for nearly a decade until a dislocated elbow caused him to retire from the position.

For the first 10 years of his career, Roderick Woodson played over 100 games for the Steelers. He was the most reliable cornerback in the NFL during that time, and he eventually broke multiple records that have remained unbeaten.

Woodson holds the record for the most fumble recoveries by a defensive player, and the most interceptions returned for touchdowns. He was selected for several All-Time teams and received the NFL Defensive Player of the Year award in 1993.

Franco Harris was selected by the Steelers as the 13th overall pick of the 1972 NFL Draft. At the time, Harris’ natural talent was unmistakable, and he would go on to spend the next 12 years with the Steelers as a fullback.

Harris was yet another player who was fundamental to the Steelers winning four Super Bowls in five years. Between 1974 and 1979, players like Harris, Webster, and Ham guided the Steelers to what is easily the most celebrated period in the team’s history.

With an extremely physical style of play, Melvin Blount was one of the most feared defensive backs of his time. His prolific habit of intercepting passes was so aggressive that the NFL had to change the rules of pass interference.

Despite rule changes that favored receivers, Blount kept adapting and outperforming receivers. He played for the Steelers for 14 seasons and was inducted into the Pro Football Hall of Fame in 1989.

From 1974 to 1984, Jack Lambert was a starting middle linebacker for the Steelers. He was meant to be a temporary replacement for an injured Henry Davis. After being awarded the NFL Defensive Rookie of the Year, Lambert’s position went from temporary to permanent.

Like most of the legends we’ve featured, Lambert played for the Steelers when they won four Super Bowls. After being named Defensive Rookie of the Year, he was chosen as the Defensive Player of the Year and gained six First-team All-Pro selections.

Before earning his first Pro Bowl selection in 2007, Ben Roethlisberger was already the youngest quarterback to win a Super Bowl. He’s one of the most efficient quarterbacks in NFL history, already ranked as the fifth-best player in career passing yards.

In only his second season with the Steelers, Roethlisberger led them to their first Super Bowl victory in over 20 years. His fourth season brought them a second Super Bowl, demonstrating that the Steelers have what they need to get the yards they want.

At the time of his retirement, Terry Bradshaw held Super Bowl records for the most yards passed and the most touchdowns scored. He was the first quarterback to win four Super Bowls and was instrumental in eight AFC Central Championship victories for the Steelers.

Bradshaw had one of the most powerful arms in the NFL, but his leadership on the field of play made him an invaluable quarterback. He was a two-time Super Bowl MVP, the NFL’s Most Valuable Player in 1978, and Sports Illustrated Sportsman of the Year in 1979.

In his very first year of eligibility, Troy Polamalu was inducted into the Pro Football Hall of Fame. That should give you some idea of how effective he was as a strong safety. He made 783 tackles in his NFL career, including eight tackles in his final career game.

He was the NFL Defensive Player of the Year in 2010, won two Super Bowls with the Steelers, earned six All-Pro selections, and was chosen for the NFL 2000s All-Decade Team.

Charles Greene, otherwise known as “Mean” Joe Greene, was one of the most intimidating players of his time. He was the anchor of the strongest defense the Steelers have ever had, which ultimately led to the four Super Bowl victories of the ‘70s.

Greene was the NFL Defensive Player of the Year twice. He was the NFL Man of the Year in 1979, an eight-time All-Pro, and one of the few NFL players to have their jersey number retired from all forms of professional play.