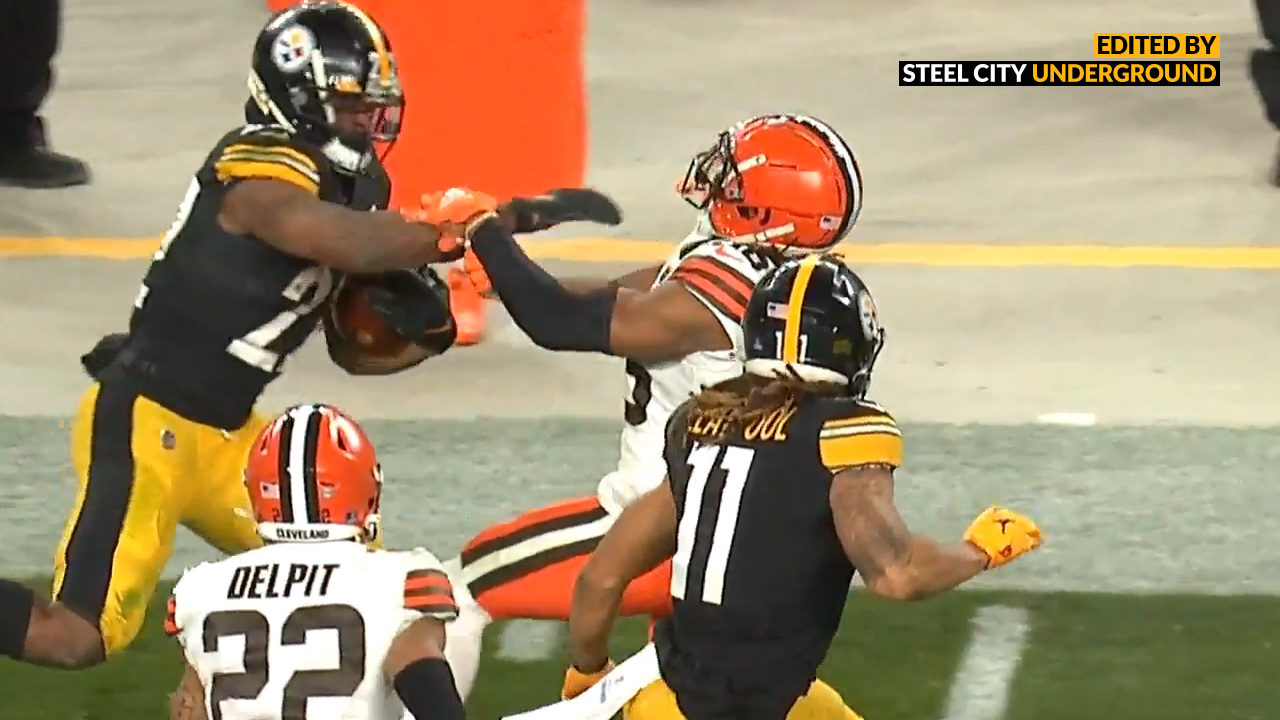 During the previous 2020 season, the Pittsburgh Steelers were heavily criticized for their lack of a run game. Over the last few seasons, the team had failed to feature a 1,000-yard rusher since Le’Veon Bell last played in the Steel City, accumulating 1,291 yards on the ground during the 2017 season.

Since then, the Steelers have hung around the bottom of the league in the run category, finishing dead last in 2020. This prompted the organization to select a running back with their first round pick in the 2021 NFL Draft: Alabama’s Najee Harris.

The consensus top running back of the draft, Harris had his own shortcomings throughout the season, particularly in games where the Steelers lack of offense failed to place the football in his hands, emphasizing their passing game while trying to come from behind on the scoreboard.

During Week 17’s Monday Night Football game against the Cleveland Browns, however, Harris would have his best game as a rookie, surpassing the first-year stats of another Steelers great who coincidentally shares his same last name: Franco Harris.

While this game will always be remembered as Ben Roethlisberger’s Heinz Field sendoff, Harris held up his end of making it a bittersweet moment for longtime quarterback, going over 100 yards for the third-time this season with a year-best 188 rushing yards.

It was on this carry that Harris would break the other Harris’ record of 1,055 rushing yards – albeit in a 14-game season, it still took since 1972 for any Steelers rookie running back to eclipse the Hall of Famer Harris.

Incidentally, Najee Harris’ run above would also win him a dubious Angry Runs award from Good Morning Football’s Kyle Brandt. It is Harris’ second such award this season and he is the only player to have won two of them during the 2021 season.

The Steelers also sent off Roethlisberger in winning fashion, beating the Browns by a final score of 26-14.