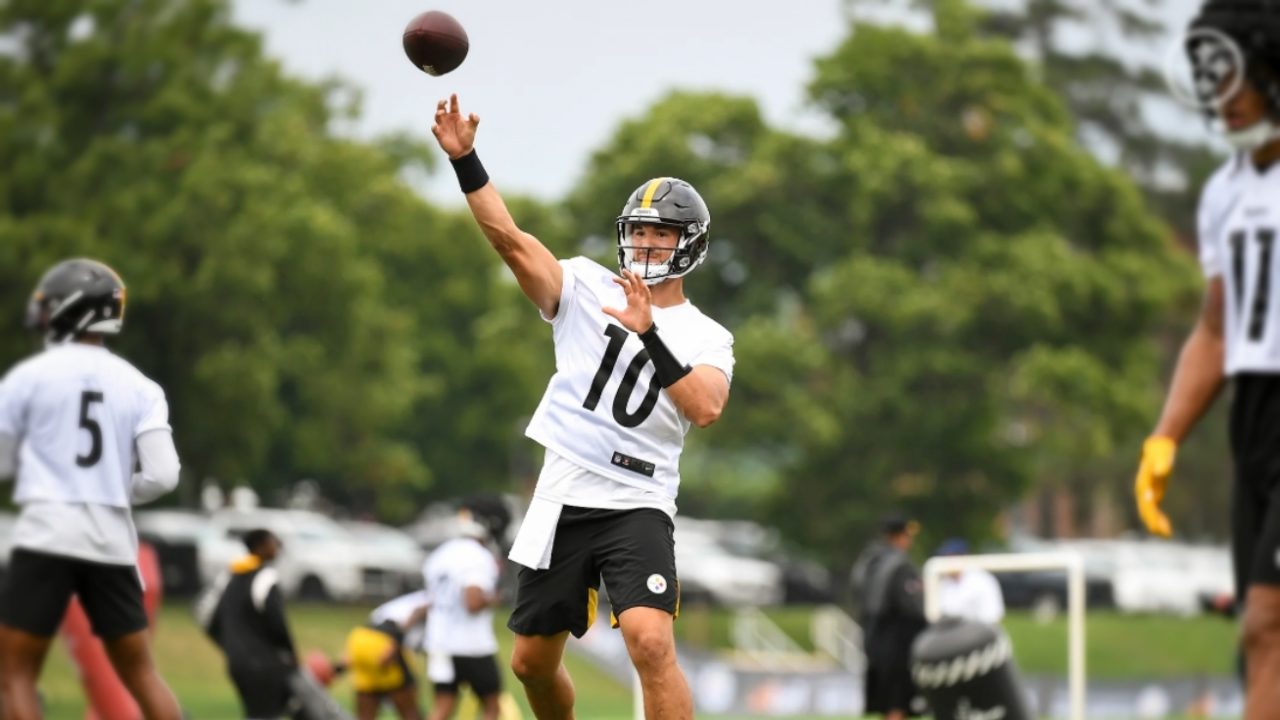 For the second day in a row, the Pittsburgh Steelers endured rainy conditions as they open training camp at St. Vincent’s College in Latrobe. That didn’t appear to dampen the tempo of the team practice too much, however. Here are some quick hits and insights from Day 2 from Steel City Underground’s Joe Kuzma, in person at camp, and other observations. 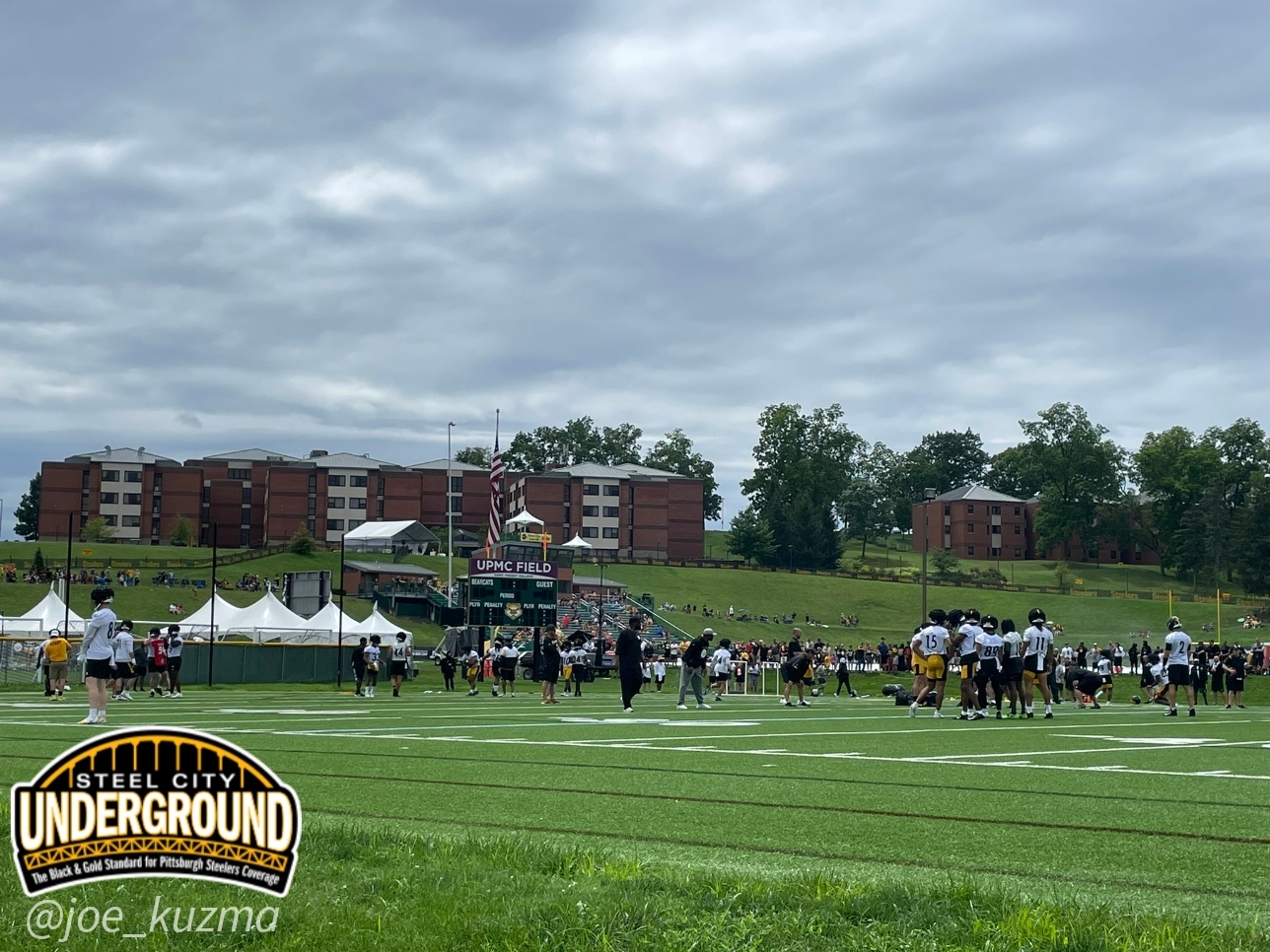 More of a two-quarterback battle

The Steelers opened their session once the rain subsided on the artificial turf field with their 7-shots drill. While we’re not focused on practice completion averages because, well… it’s practice, it was noted that Day 2 offered a different distribution of labor at quarterback, which is keeping QB coach Mike Sullivan busy.

There’s really not much to read into the fact that the more veteran quarterbacks participated more. Every indication is that Trubisky is expected to step into the QB1 role and Pickett eased in at a pace the coaching staff is comfortable with.

“Kenny Pickett begins his second practice the same way his first one ended with an interception.” – Kuzma

While Calvin Austin continues to grab attention, fellow receiver Anthony Miller made many “Day 2 best players” lists for his performance.

“Anthony Miller looks like a seasoned veteran wide receiver that would easily make any other roster.” – Kuzma

The receiving group is loaded with talent and potential. We’ll continue to watch as camp progresses to see who rises to the top.

The Steelers ran their opening 11-on-11 drill (in base 3-4) with Cameron Heyward and Chris Wormley bookending Montravius Adams. Myles Jack was partnered with Robert Spillane, not Devin Bush, at inside linebacker.

“Minkah Fitzpatrick still sort of practicing by hanging around in the defensive backfield and communicating.” – Kuzma

Other notes from Day 2

Miles Killebrew, who suffered a pectoral injury on Wednesday, did not practice although linebacker T.D. Moultry, who had leg cramping on Wednesday, returned to full participation.

Kendrick Green looks and says he’s more comfortable playing guard than last year when, as a rookie, he played center.

The first full-pads practice of training camp is scheduled for Monday, August 1, per Bob Labriola.