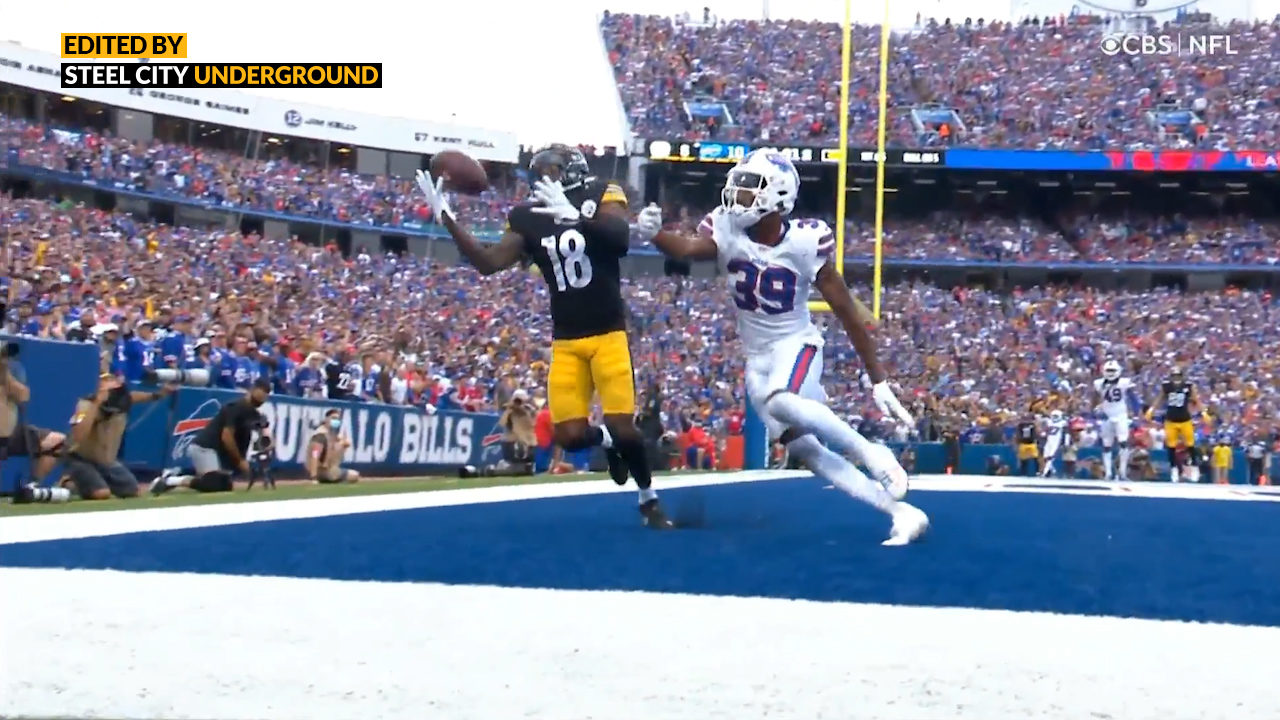 Oft-criticized for dropping passes in 2020, Diontae Johnson put the NFL on notice in the Steelers opening game of the season that his star was on the rise.

Reportedly working incredibly hard on his concentration last offseason, Johnson showed that his focus should no longer be a distraction with a juggling touchdown catch.

The Steelers trailed the Bills all game, but found themselves in an opportune situation near the start of the fourth quarter, after they received the ball at midfield. With a Chase Claypool pass interference call moving the ball up to Buffalo’s 23-yard line, Najee Harris inched Pittsburgh further into the redzone on an 18-yard run, setting up a first-and-goal scenario from the Bills’ five-yard line.

Ben Roethlisberger stepped back to pass and looked to the corner of the endzone on his first attempt to score, finding Johnson, who plays a tip drill and taps both toes for the incredible touchdown catch.

The Steelers would take their first lead of the game, 13-10 and never look back, defeating the heavily-favored Bills to open their season 1-0, with a 23-16 victory.