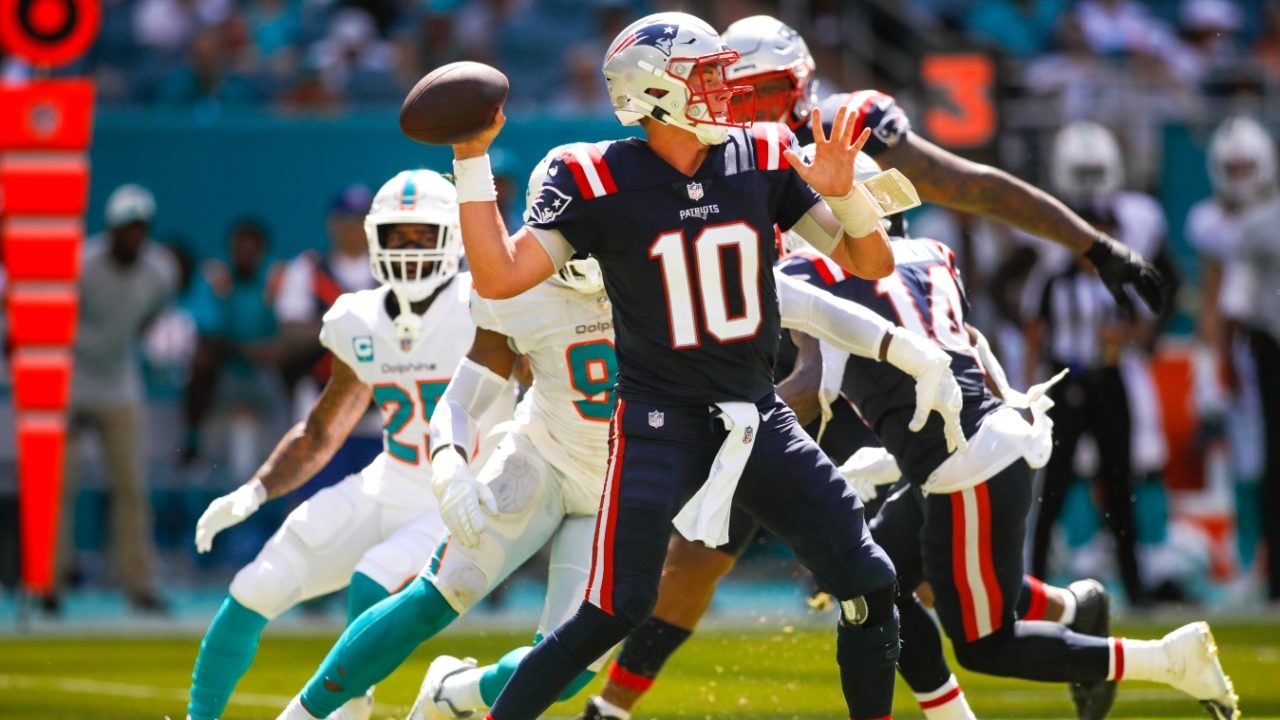 Steel City Underground’s “Steelers Scouting Report” is a preview of each opponent Pittsburgh will face throughout the 2022-23 NFL regular season on a weekly basis, with analysis, injury news, and potential key matchups.

Week One may have felt like an entire season’s worth of drama but, believe it or not, we are only on to Week Two of the 2022-23 NFL regular season.

After a grueling, dramatic, injury-filled bout against the Cincinnati Bengals in Week One, the Pittsburgh Steelers return home triumphant to face-off against Bill Belichick and the New England Patriots, who struggled in their season opener, losing to the Miami Dolphins, 7-20.

The potential “Sophomore Slump” that Mac Jones is headed for is hardly his fault when looking at the Patriots from the treetops. He loses his Offensive Coordinator Josh McDaniels to the Oakland Raiders, only to be replaced with the dynamic duo of Matt Patricia and Joe Judge.

Not to mention that his top receivers last Sunday were as follows: Jakobi Meyers, Kendrick Bourne, Jonnu Smith, Nelson Agholor and Hunter Henry. No one was hurt, that’s just the weapons they have for Mac on the roster.

Despite all of that, however, Mac did himself no favors with his performance on Sunday. 21/30, 213 yards, 1 TD, 1 INT. That stat line tells you the kind of passes Mac defaulted to during the game – Checkdown City.

Jones had accuracy issues early, leading to a lot of checkdowns and 50/50 floaters.

The highlight for the Patriots offense came in the form of their running back tandem. Damien Harris had 9 carries, 48 yards (5.3 avg), and Rhamondre Stevenson with 8 carries, 25 yards (3.1 avg). Those numbers may not jump off the stat sheet but going back and watching the 1-2 punch of Harris/Stevenson does prove to be a viable strategy for the Patriots offense to lean on throughout the season and on Sunday vs the Steelers.

This may not go down in the books as one of Bill Belichick’s best defenses, but there are still a few chess pieces out there to keep an eye on and watch out for on Sunday. Some of the familiar names and faces are still there – Matthew Judon, Devin McCourty, Lawrence Guy.

However, a newer face to the Patriots defense to become familiar with is Safety Kyle Dugger. A third year player out of Lenoir-Rhyne University, Dugger started 13 games for the Patriots last year, amassing 92 total tackles, 56 solo, and 4 INTs.

Against the Dolphins, Dugger had a couple of really impressive tackles; he’s a hard hitting, good form, big, physical player.

He was part of a busted coverage on a Jaylen Waddle touchdown right before the end of the first half, but a solid performance from the former Lenoir-Rhyne Bear nonetheless. At 6’2″, 220 lbs, don’t be surprised to see Dugger matched up on the Steelers bigger receivers like Chase Claypool and George Pickens on Sunday.

A couple of injuries to keep an eye on as the week progresses:

#Patriots QB Mac Jones is believed to have been suffering from back spasms, sources say. X-Rays were negative, per @TomPelissero, and there is a chance Jones plays this week. Overall, a very positive outcome. pic.twitter.com/794yYPBBpT