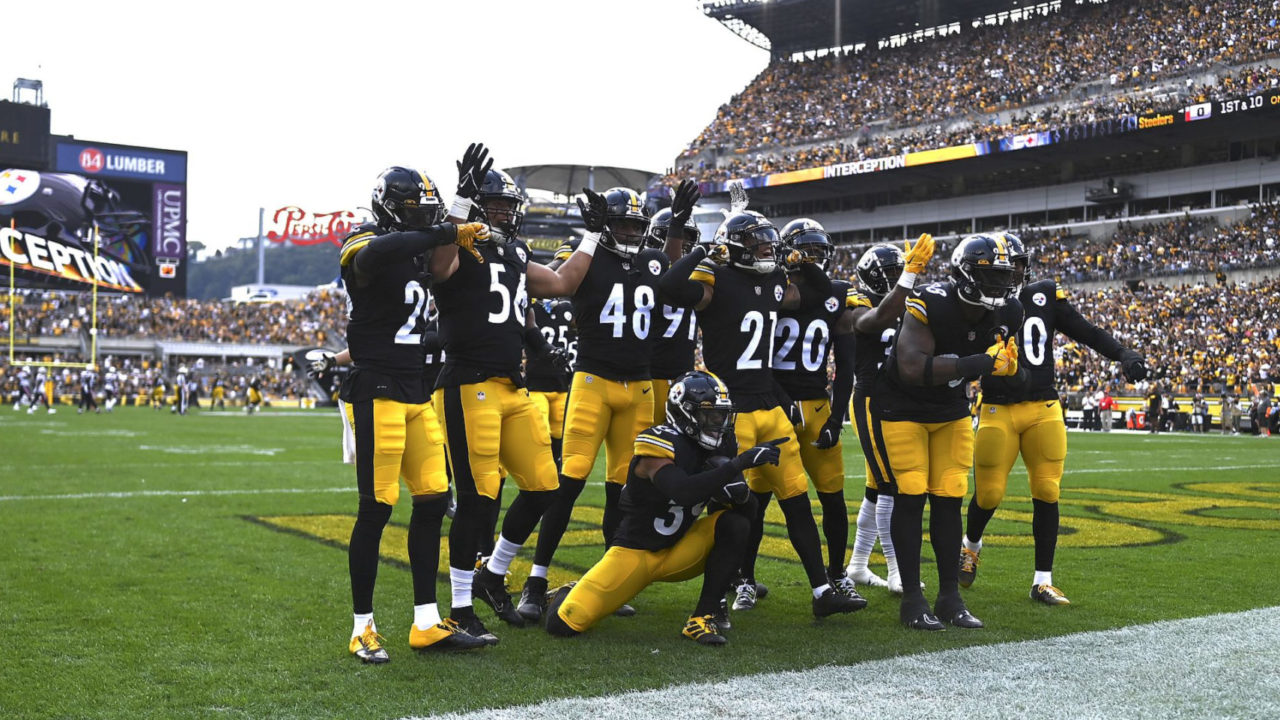 The 5: Steelers to watch against the Cleveland Browns

Every week, ahead of the Pittsburgh Steelers’ games, Steel City Underground will analyze the depth chart, injury reports, and key matchups against their upcoming opponent in order to point out “The 5” – Steelers players to watch.

Week Two’s underwhelming performance is something that most players and fans would like to forget about and move on. Fortunately, Steelers Nation will not have to wait long to get the taste of defeat out of their mouths when the Pittsburgh Steelers visit the newly minted, “Brownie the Elf” and the Cleveland Browns. Going into Thursday’s game, we look at five Steelers to watch for.

Opposing offenses better watch out, Minkah Fitzpatrick is looking damn good out there with two interceptions in as many games so far this season.

With reigning Defensive Player of the Year T.J. Watt out for several weeks with a pectoral injury, maybe Fitzpatrick makes up for the lack of Watt-age in Pittsburgh with a DPOY performance for himself this year.

The Pittsburgh Steelers will certainly need Fitzpatrick to play like a DPOY candidate on Thursday if the Steelers hope to make up for the Watt-sized hole left in the defense’s on-field presence.

It is certainly not “fair” to ask Fitzpatrick to create more than what he has already been able to produce in two games, but leaders and superstar players need to go above and beyond the call of duty when the moment calls for it. He’ll will need to be superhuman in order to help prop up this defense; fortunately for the Steelers, that is a possibility with #39.

Look for one or more turnovers to come from Fitzpatrick on Thursday.

The Steelers will need to win the turnover battle on Thursday, like they did in Week One and failed to do in Week Two. Fitzpatrick will need some help from a streaky secondary or put on a Troy Polamalu-esque performance on Thursday to keep the Steelers in this contest.

Speaking of getting Fitzpatrick some help; help in the form of some kind of pass rush would certainly make things easier for the Steelers secondary.

As displayed last Sunday with Mac Jones not being sacked a single time and  pressured maybe three times in the entire game, when your front seven has a performance like that, yes, even Jacoby Brissett will be able to do enough to beat you.

The pass rush absolutely will have to be better on Thursday in Cleveland.

Alex Highsmith was the sole Steelers defender to register a tackle for a loss on Sunday against the Patriots. Robert Spillane had the second most tackles for the team with 6 total tackles.

0 sacks, 3 pressures – these are not the components for success. The Steelers defense has to do better, and specifically this defensive front needs to step up during the absence of T.J. Watt.

No one expects a singular player or even a group of players to come in and replace Watt’s production and presence for this defense. But this group needs have some kind of production.

Malik Reed – 4 tackles; Larry Ogunjobi – 3 tackles; Chris Wormley – 2 tackles; Tyson Alualu – 2 tackles; DeMarvin Leal – 2 tackles. These are the guys that are going to need to step up and make some plays for the Steelers in the next couple of weeks and assist players like Fitzpatrick, Cameron Heyward and Highsmith in trying to make up for the absence of Watt.

Head Coach Mike Tomlin has always preached a gospel of grit and a next-man-up mentality. Fans are going to need to see these words turn into actions this Thursday night.

All eyes will be on Trubisky this Thursday as he potentially fights for his starting spot with chants of, “Kenny! Kenny! Kenny!” ringing throughout the stadium in Pittsburgh, as well as what I am guessing were a few living rooms across the nation.

Trubisky did not help his case with his performance against Patriots, putting up a mediocre 21/33, 168 yards, 1 TD, 1 INT, and giving up 3 sacks.

In his first two outings, Trubisky has failed to pass for more than 200 yards in a game, while averaging 5.1 yards per completion and a QBR of 38.5.

Trubisky truly does seem to struggle to see the field; perhaps the most glaring example being his egregious interception toss to Jalen Mills on Sunday. Trubisky stares down his first read and then absolutely panics when that read isn’t there – ending in an unathletic looking scramble, missing open windows with other receivers outside of his first read, or taking unnecessary sacks.

Truly, due to no fault of his own, George Pickens has been silent so far this season. Only targeted six times with two receptions in two games, you know that something is wrong with the Trubisky-Pickens dynamic.

Zach Gentry has the same amount of receptions as the player that many people picked to be a strong Rookie of the Year candidate in Pickens.

Pickens was one of the most hyped-up players to come out of Steelers training camp in recent history and with Diontae Johnson and Chase Claypool healthy coming into the season, many assumed that Pickens would find himself in favorable matchups early and often for the Steelers offense. And yet, here we are going into Week Three and Pickens is a ghost in the offense so far.

Whether you want to put the blame on Mitch Trubisky, Matt Canada or both – no matter which way you cut it – the fact that Pickens has been a complete non-factor for the Steelers offense through two weeks is not only frustrating, it is unacceptable.

You have to put the ball in the hands of your playmakers and Pickens may end up being the most lethal out of a deadly group of playmakers on offense.

.@steelers @George33101361 have to get this WR involved. He is far too talented to be used as a JAG (just a guy). Let’s get more Pickens in your menu #BaldysBreakdowns pic.twitter.com/YBTc4R9685

A couple of different directions were considered for this last spot – Matt Canada, Najee Harris, Ahkello Witherspoon. But, I decided to end this piece on a bit of a high note instead of a sour one.

A pleasant surprise in these first two weeks of the season has been the performance of the offensive line for the Pittsburgh Steelers – a position group that people all across the nation, myself included, were incredibly scared about going into the season with their abysmal performance in the preseason.

Last week against the New England Patriots, the offensive line did a good job opening holes for Harris (despite the online conversation about Harris missing holes set up from his linemen), and the offensive line is definitely not the issue when it comes to why this offense can’t move the ball down the field.

They are giving Trubisky enough time, but he just isn’t seeing the field well, and looks panicked. Trubisky himself took the blame for two of the sacks on Sunday.

I had to watch it again to make sure I wasn’t trippin. This was the first play of the game. It is blocked almost to perfection! Look at that interior push! There is no read here that tells Najee to bounce it. He predetermined this. Man this angers me so much… pic.twitter.com/2RymZ7nLRD

PFF has T Chukwuma Okorafor ranked as the 5th best pass-block tackle, and the 6th best run-block tackle, while G James Daniels is only one of five offensive linemen with 50+ snaps yet to allow a pressure.

From my untrained eye, Dan Moore Jr. may still be struggling from time to time, but overall the offensive line has been a pleasant surprise for the Pittsburgh Steelers so far this season and will need this group to take another step in the right direction on Thursday in Cleveland.