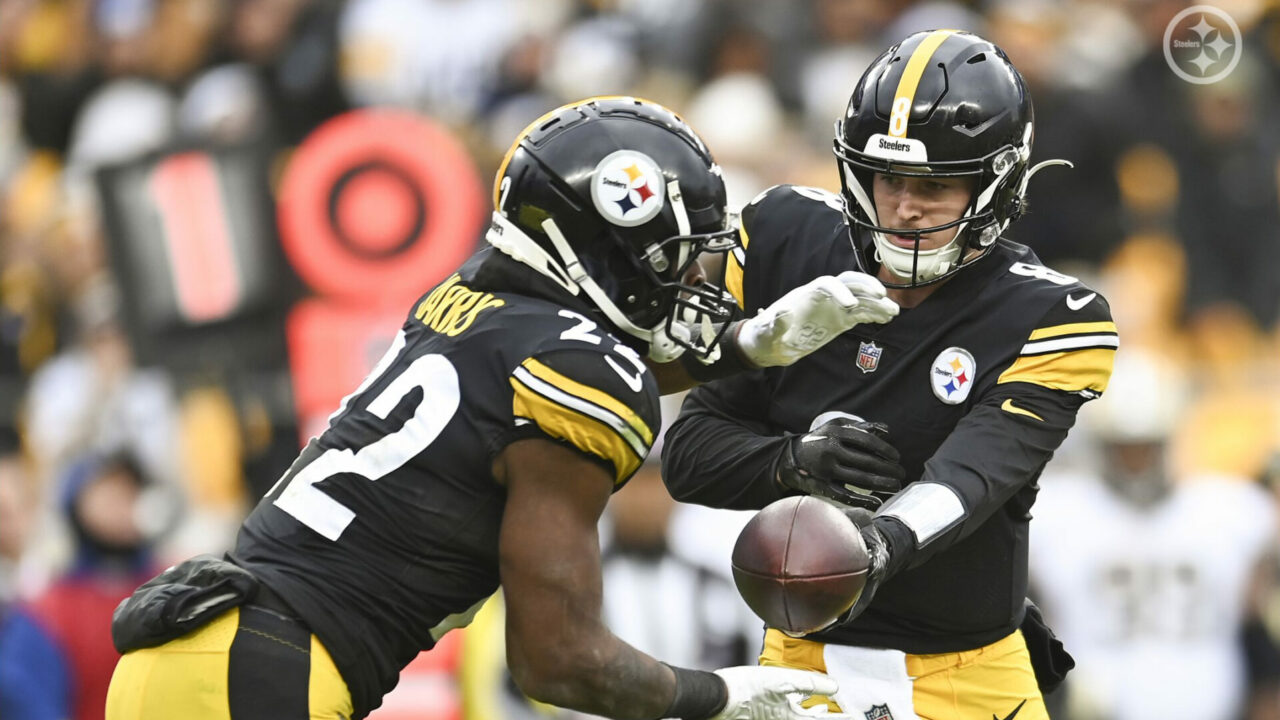 7 Steelers surprises in Sunday’s win over the Saints

On Sunday, the Pittsburgh Steelers hosted the New Orleans Saints for their Week 10 matchup at Acrisure Stadium.

Pittsburgh, despite being two-point underdogs, bested the Saints by a final score of 20-10. Here are some of the surprises from that game.

I know the cliché is getting old, but who had the Steelers over 200 rushing yards on Sunday’s bingo card?

I certainly did not, but Pittsburgh absolutely crushed it, running the ball 43 times for 217 yards. RB Najee Harris was one yard shy of 100 in the game with 99 yards on 20 carries (5.0 average) while Jaylen Warren added another 37 yards on the ground.

QB Kenny Pickett also got in on the action with 51 yards rushing (6.4 average) and George Pickens scored combined with his quarterback, as both would score rushing touchdowns.

The run game was so good, it broke the Internet when it comes to statistics too:

The last time an @NFL team had four players register 20+ yard runs in a game:

Pittsburgh also ran for a season-best 60 first-quarter yards, which are the most for the Steelers in any first quarter since Week 5 of 2018 (68, versus Atlanta).

Warren gets his own mention outside of the team rushing stats for playing a season-high 43% of the offensive snaps, as well as a season-high with nine carries.

However, it’s his three receptions for 40 yards (also a season-high) that stood out, giving Warren 77 yards from scrimmage… which is? A season-high too!

It was a breakout game for the undrafted rookie out of Oklahoma State, and his time share could prove to be a difference maker for the offense going forward.

I truly feel bad for being so negative towards Robert Spillane at times, and he has both good and bad surprises in this game unfortunately.

At the end of the first half, Saints QB Andy Dalton seemingly attacked Spillane wherever he was on the field, completing passes of 14, 10, 8 and then 15 yards, with the latter going for a game-tying touchdown.

Spillane redeemed himself in mop-up duty on a Saints 4th-and-1 from their 34 in the fourth quarter. With 7:48 remaining in the game, Dalton attempted a quarterback sneak up the middle, but the Steelers quickly stuffed the gaps, leaving the upright runner prime for the taking.

Spillane swept in, bear-hugged Dalton, and tossed him to the ground for no gain – and a turnover on downs.

Even more surprising? Due to the injury to Myles Jack, Spillane would play the entire game on the defensive side of the ball, registering 47 snaps and an additional nine more on special teams.

Longest Pass Play of the Season

With 1:26 left in the third quarter, Kenny Pickett was finally able to connect on a designed deep shot on first down. The Steelers had the plays on the board all afternoon, however, for one reason or another Pickett wasn’t able to let one loose until this point in the game, where he found WR Diontae Johnson for a 36-yard gain.

The play is the longest pass play for the Steelers offense this season, which took ten weeks to materialize.

Oddly enough, it only tied for the longest play of the game with Najee Harris’ 36-yard run in the first quarter.

I bet you heard the same thing I did for the last two months: how can one player make such an impact on an entire team and/or game?

I present to you Exhibit A: T.J. Watt, the reigning Defensive Player of the Year.

While Watt didn’t register a sack in this game, his presence alone forced Dalton to make poor throws, aided the Steelers to holding the Saints to only 29 rushing yards, and also allowed his bookend Alex Highsmith to roam free.

The @steelers defense held the Saints to only 29 rushing yards, which is the fewest allowed since Week 6 of the 2017 season (28 vs. Kansas City)…#NOvsPIT#HereWeGo#BertschyBits

Highsmith would have a pair of sacks and force a fumble in the game, while the defense picked off Dalton twice in the second half.

Arguably no other player in the league has as great of an effect on his team than Watt and it showed on Sunday:

With Chris Boswell injured and placed on IR, the Steelers signed Wright from the Chiefs practice squad with the intention of rolling with him until their starter gets healthy.

Wright had some success in Kansas City, and previously kicked for the Steelers in 2020. However, Sunday’s game was a mixed bag for the specialist, who made field goal attempts twice from 33 yards out, but missed on 39-yard and 48-yard attempts.

It was a colder day than usual in Pittsburgh, with winds at 14 mph – that causes more chaos than you’d imagine in the “open end” of Acrisure Stadium by the scoreboard, where one of Wright’s kicks miserably sailed wide left.

I would continue to monitor this situation, as Boswell has to sit out four games before he can return while Wright, as a practice squad acquisition, has to remain on the Steelers 53-man roster for a total of three games. (That means he must be rostered for the next two against the Bengals and Colts.) However, one option the Steelers could take is to sit Wright as an inactive while signing, and elevating another practice squad kicker – as they recently did with Boswell hurt and Nick Sciba kicking against the Eagles.

Needless to say, stability at the kicking position is crucial for a Steelers team struggling to put up 20 points, and Mike Tomlin didn’t sound happy about it in his postgame press conference:

“We left some points out there in the kicking game today. We’ll get back to work with Matt Wright and company. Operationally, it could have been better in some of those things, but we’re always going to fall short of perfection. It’s good to win, though, in the process.”

I can’t end on a sour note, so here’s a trivia question and answer for your friends.

Mike Tomlin entered Sunday’s game 0-3 lifetime against the New Orleans Saints. The Saints were the only team Tomlin didn’t own a victory over, and with the Steelers win on Sunday, the head coach now holds victories over 31 of the league’s 32 teams.

Of course, the team he hasn’t defeated is the one he’s currently coaching: the Pittsburgh Steelers.

Tomlin became the 14th head coach in NFL history to accomplish that feat. Four of the 14 head coaches to defeat 31 of the current NFL franchises, Tomlin, Bill Cowher, Marvin Lewis and Sean Payton, only coached with one team.