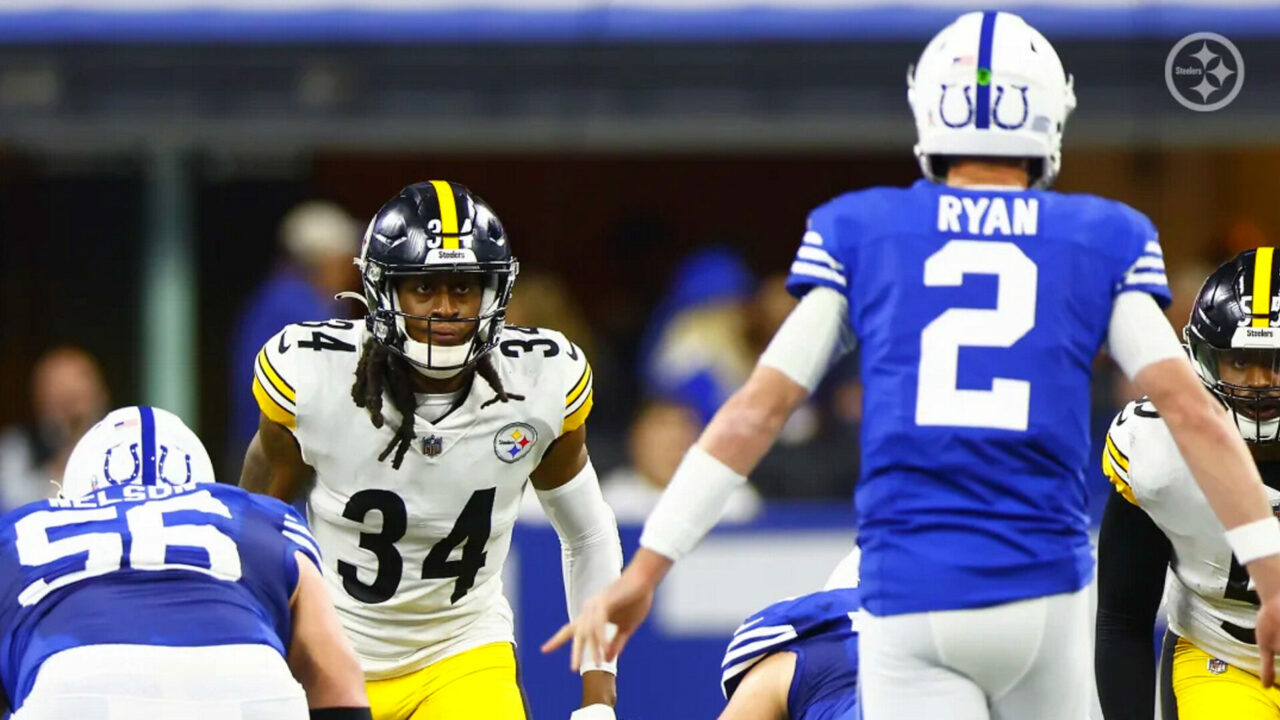 The Pittsburgh Steelers entered the Monday Night Football game on the road against the Indianapolis Colts as underdogs; analysts believed the Colts’ defense would handle a Steelers offense that has not shown an ability to put together a complete game yet this season. Whether that was locker room fodder or not, Pittsburgh overcame a major error to watch their rookie quarterback lead the Steelers offense down the field for a late-game rally and lead that they wouldn’t relinquish for a 24-17 win in front of a primetime viewing audience.

People will say what they will about Kenny Pickett, but there’s something they shouldn’t be saying: that he’s not ready to be an NFL-starting quarterback. The ‘young gun’ played a high-caliber game, completing 20-of-28 passes for 174 yards against a Colts defense that has some of the NFL’s best players this season. Thanks to a ground game that executed – whether it was Najee Harris (who left the game in the first half due to an abdominal injury), Benny Snell, Anthony McFarland, or Pickett himself – to the tune of 172 rushing yards gained, things opened up enough that Pickett wasn’t forced to try to win the game through the air. Before exiting the game, Harris grabbed 35 yards on 10 carries and a rushing touchdown.

“Najee came to us before the game and told us we were going to have to make plays and step up. I thought we did that.” – Anthony McFarland

Maybe the Colts underestimated the possibility that the Steelers could get the ground game going due to the way they’d shut down other opponents’ run ability. Maybe Indianapolis believed what analysts were saying, that Pittsburgh fielded a one-dimensional offense.

Whatever the case, Pickett never looked frustrated when plays didn’t go exactly as planned and, in the fourth quarter, capped off an 11-play, 60-yard touchdown drive that was balanced and under control.

Snell drove the ball into the end zone on a two-yard run and then Pickett connected with George Pickens for a beautiful two-point conversion and left things in the defense’s hands to keep the Colts from a comeback.

When Indianapolis pulled ahead, 17-16 late in the third quarter due to a complete meltdown by the special teams coverage unit that allowed Dallis Flowers to return the ball for 89 yards, and a subsequent six-play Colts series that was capped off by a six-yard pass to Michael Pittman, the air looked like it had been completely sucked out of the Steelers.

It felt like, once again, the Steelers had shot themselves in the foot one time too many in a game they were dominating in the first half.

The Steelers offense wasn’t ready to lay down and take it, however. “We didn’t get rattled when it happened,” guard Kevin Dotson said after the game about the rally by Indianapolis. “In that situation, you’ve got to keep going.”

When the Steelers were unable to convert a first down and had to punt the ball back to the Colts, Indianapolis had an opportunity to change the outcome of the game due to the poor special teams play. They drove down the field and would have kicked a field goal had Cameron Sutton not jumped offsides. Minkah Fitzpatrick was then called for defensive pass interference in the end zone, putting Indianapolis at the Pittsburgh one-yard line.

The Steelers got the break they needed, though, when the handoff between Jonathan Taylor and Matt Ryan was mishandled, and fumbled. Chris Wormley was able to grab the ball that was beneath Ryan, but not secured, and come away with the recovery at a critical moment.

“I’ve got to get that ball when it’s me and a quarterback. I don’t get that ball, I might have to retire.” – Chris Wormley

The Colts had one more opportunity to win the game in the fourth quarter. Starting at their own seven-yard line, Ryan hit Michael Pittman for 28 yards and Levi Wallace was called for pass interference. That gave the Colts an extra five yards and an automatic first down. Ryan mixed in short passes with runs by Taylor to march down the field.

On first-and-ten at Pittsburgh’s 33-yard line, the Colts went no-huddle and Ryan took the snap from the shotgun. Alex Highsmith beat the outside offensive line protection to hit Ryan and cause a fumble that Indianapolis was able to fall on.

With timeouts to spare, and just 59 seconds left in the game, Ryan called his own number due to tight coverage and ran the ball for 14 yards. No timeout was called. After Highsmith stopped Taylor, this time for no gain, the Colts had just 30 seconds left due to horrible time management and no use of two timeouts in their possession. Those lost 25 seconds of game time may haunt interim head coach Jeff Saturday.

Then, when Ryan threw an incomplete pass that was broken up by Cameron Sutton and Fitzpatrick, it resulted in a turnover on downs. The Steelers were able to just kneel down in the victory formation for the win.

Pickens had some head-scratching moments in the game as he led the team in receiving yardage. There were a couple of plays thrown to him that were placed well by Pickett that the rookie receiver couldn’t secure. It was odd, considering Pickens made a spectacular combat catch along the sideline early in the game and then made a difficult catch on the successful two-point conversion attempt.

Following the game, Saturday defended his clock management, telling the media he “didn’t feel like time was really of the essence at that moment.” That statement is likely to be heavily scrutinized by analysts across the league following the Colts’ loss. “I thought we had a good play,” Saturday said about calling on a Taylor run that was snapped late by Ryan. “Felt like we had time, we would have timeouts afterward… so, I never felt like the pressure of needing the timeout.”