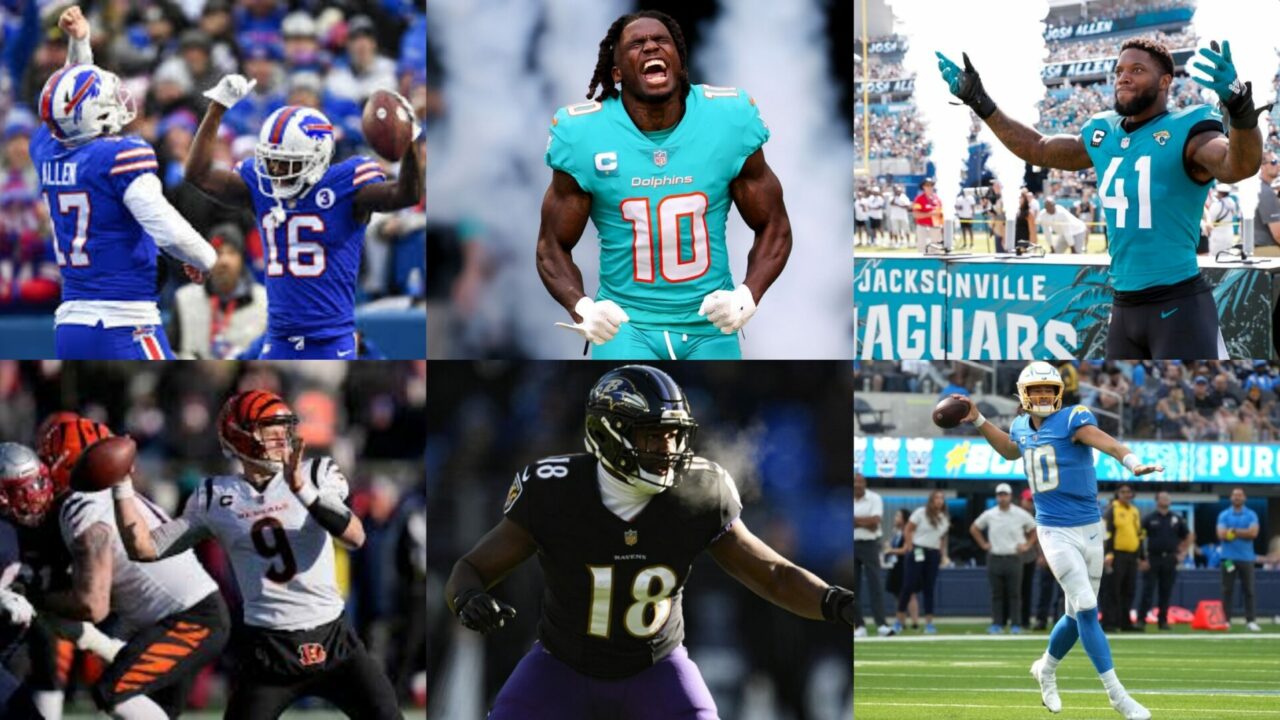 Steel City Underground presents information on the NFL Schedule for the Wild Card Round, including dates, times, and teams kicking off the playoffs of the 2022-23 National Football League season.

With Week 18 finalized, the six pairings for the Wild Card round of the 2022 NFL playoffs are set. The Kansas City Chiefs, as the number one seed in the AFC, earned a first-round bye. The AFC teams playing in the opening rounds are as follows:

This game will feature the two youngest NFL quarterbacks to start a playoff game in both respective franchise’s history in Trevor Lawrence of the Jacksonville Jaguars and Justin Herbert of the Los Angeles Chargers.

Herbert currently holds the record for most passing yards in a player’s first three seasons (14,089) and is second to just Dan Marino (98) in touchdown passes with 94.

Lawrence, who was the No. 1 overall pick in the 2021 NFL Draft had a decent sophomore season, recording 4,113 passing yards this season with 25 touchdowns. In Week 4, Lawrence lit up SoFi Stadium by throwing for 262 yards and three touchdowns while Herbert threw two interceptions in a 38-10 Jaguars win.

Defensively, the Jaguars are tied for fourth in the league with 27 takeaways. They’ve grabbed 11 of those in their last five regular season games, helping propel them into the playoffs.

The Chargers are banking on the pass-rush ability of Khalil Mack to lead their defense. Mack leads the team in sacks (8), tackles for a loss (12), quarterback pressures (56), and tied for the team lead with two forced fumbles.

The last time these two teams met each other, the weather was not kind. We will see how Miami head coach Mike McDaniel handles the playoff game this weekend, the fates may be just as unkind as Dolphins quarterback Tua Tagovailoa was ruled out and remains in the concussion protocol, leaving Skylar Thompson in the starting QB spot due to a finger injury to Teddy Bridgewater.

That isn’t to say that the Dolphins have no chance of spoiling the Bills’ day, although the odds have now swung very heavily in favor of Josh Allen and Buffalo. Miami definitely can’t count on field goals alone to get them the win; that was how they beat a New York Jets team to get into the playoffs to begin with.

The Bills and Dolphins did win a game apiece against each other during the regular season, but Buffalo is surging with a full compliment of weapons on both sides of the ball while Miami is just hanging on. Buffalo’s 13-3 record and seven consecutive wins to end the regular season and the AFC East has them favored to run all the way to the Super Bowl.

If it feels like this game just took place, you wouldn’t be completely off-base. In Week 5, the Ravens upset the Bengals, 19-16, but last week (NFL Week 18), Cincinnati slammed the door on their AFC North rivals, 27-16.

Chances that the Ravens have Lamar Jackson ready to suit up at quarterback are look less and less likely as the week progresses. That means it may be Anthony Brown or Tyler Huntley under center.

With little passing attack, the Ravens have been a run-heavy team with J.K. Dobbins, Gus Edwards pounding the ball downfield, and a sprinkling on Kenyan Drake here and there. That has made them very one-dimensional.

With Joe Burrow at quarterback, the Bengals wrapped the regular season ranked fifth in the league averaging 265 yards passing per game. The Ravens defense, conversely, is the seventh-worst in the league and allowed 232.2 passing yards per game against them.