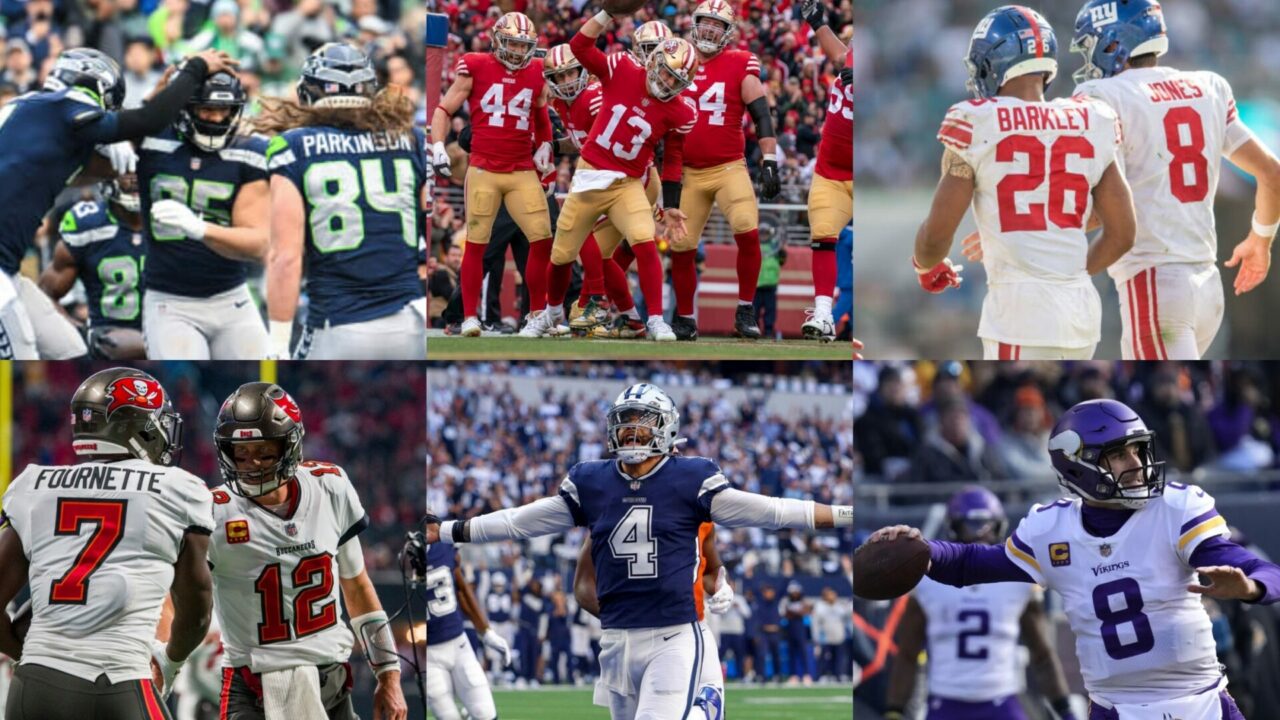 Steel City Underground presents information on the NFL Schedule for the Wild Card Round, including dates, times, and teams kicking off the playoffs of the 2022-23 National Football League season.

With Week 18 finalized, the six pairings
for the Wild Card round of the 2022 NFL playoffs are set. The Philadelphia Eagles, as the number one seed in the NFC, earned a first-round bye. The NFC teams playing in the opening rounds are as follows:

San Francisco beat Seattle twice during the regular season. With rookie Brock Purdy under center, the ‘Niners have yet to lose. Saying that, playoff excitement tends to motivate and the Seahawks defense is unlikely to just lay down in this one.

Geno Smith is going to have to keep his head on a swivel, though, when running Seattle’s offense. San Francisco’s defense is expected to turn up the heat. Seattle did win weeks 6-9 of the regular season, only to limp into the playoffs with ugly wins in their final two games.

The 49ers look to be the team to beat in this Wild Card weekend and are dangerous for any team in the race in all three facets of the game.

On Christmas Eve, these two teams face-off and it took a 61-yard Greg Joseph field goal for Minnesota to steal the win. After gaining nearly 450 yards of offense, New York should have put the game to bed, but didn’t.

The Vikings defense is suspect heading into this playoff battle, giving the Giants opportunities to run up the score – especially with a fundamentals-focused offense supporting Daniel Jones at quarterback.

Yes, Minnesota finished 13-4 with Kirk Cousins and Justin Jefferson making plenty of noise. The Vikings have seen a lot of close, one-score games in their 13-4 regular season schedule, however.

This is expected to be, or be near, the closest scoring game in the NFC Wild Card round. It may, once again, come down to a field goal.

The way Dallas looked in their regular season finale to the Washington Commanders was enough for many NFC fans to feel disappointed that the Cowboys even made it into the playoffs. Dak Prescott was less than stellar. But, Mike McCarthy‘s group is in.

Tampa Bay sneaked in with a losing regular season record despite the never-aging Tom Brady under center. Can he pull off another playoff win?

The Buccaneers offense struggled during the entire regular season although Chris Godwin, Rachaad White, and Mike Evans were available. It was the offensive line that was, and is, the biggest weakness. That bodes well for a stout Dallas defensive front. The Cowboys earned the second-best rating in the NFL with an average of 3.2 sacks per game.

Will it be Brady or Prescott that chokes on Monday night? It’s been the Cowboys’ habit to shoot themselves in the foot come playoff time, but this will be a game worth watching as Tampa Bay looks to play spoiler.