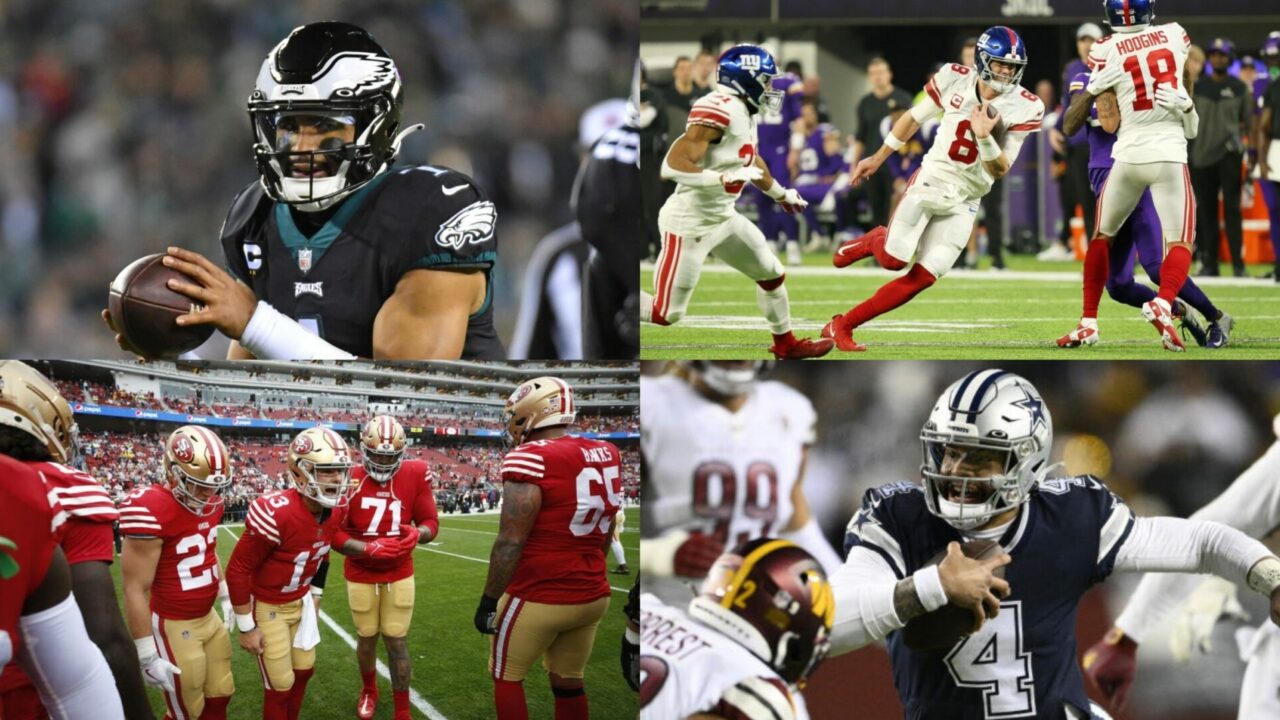 NFC Divisional Round: Previewing the 4 teams in contention

Steel City Underground presents information on the NFL Schedule for the NFC Divisional Round, including dates, times, and teams kicking off the playoffs of the 2022-23 National Football League season.

With the Wild Card round finalized, the four teams in competition for the Divisional round 2022-23 NFL playoffs are set. The NFC teams playing this upcoming weekend are, as follows:

During the regular season, these two teams only faced each other’s starting quarterbacks once in their run to the playoffs. That means Jalen Hurts and Daniel Jones will get an opportunity to finally show who runs their respective offenses the best when everything is on the line.

The Giants beat the Minnesota Vikings in the Wild Card round, with Jones leading the team with 78 yards and seven first-down gains. That put the NFC on notice that Hurts, who is recovering from a sprained shoulder and got a first-round bye to earn extra healing time, isn’t the only QB in the division that can get mobile.

The Eagles are a better team on the stats sheet. Philadelphia will use Hurts in the run game against a Giants defense that ranked second-worst in the NFL ahead of the playoffs.

DeVonta Smith and A.J. Brown have proven to be reliable, potentially dangerous receivers that New York’s defense will need to shut down if they want to force Philly to be one-dimensional.

Brian Daboll‘s offense, featuring Giants running back Saquon Barkley, will be a true test for the Eagles defense up front, but their defensive secondary is brutally stingy in passes allowed. That means the key to a New York win will require great play in the trenches on both sides of the ball.

These two teams met in the 2021-22 NFL playoffs during the Wild Card round. Dallas fell to San Francisco, making this a bit of a grudge match.

After winning on Monday – the first playoff victory on the road for the Cowboys in almost 30 years – against the Tampa Bay Buccaneers, Dallas caught a break.

Call former Iowa State star and current San Francisco rookie quarterback Brock Purdy what you will, but “irrelevant” is far from how he’s performed. He’s undefeated since taking the signal-calling duties over in the final half of the regular season. Counterpart Dak Prescott can’t say the same thing about his performance in Dallas.

With Christian McCaffrey, George Kittle, and Brandon Aiyuk available to Purdy, the Cowboys defense that earned more turnovers (33) than any other team in the league will need to, once again, find the grit to shut down the Niners.

San Francisco’s defense, tied with the Pittsburgh Steelers for a league-best 20 interceptions during the regular season, also tied with the Tennessee Titans in allowing a league-low 3.4 yards per carry against opposing rushers. They logged 54 sacks, as well.

Prescott will need to be in rhythm, utilizing CeeDee Lamb downfield to keep the Cowboys offense clicking in between big plays. Efficiency will be key in finding balance for Dallas.