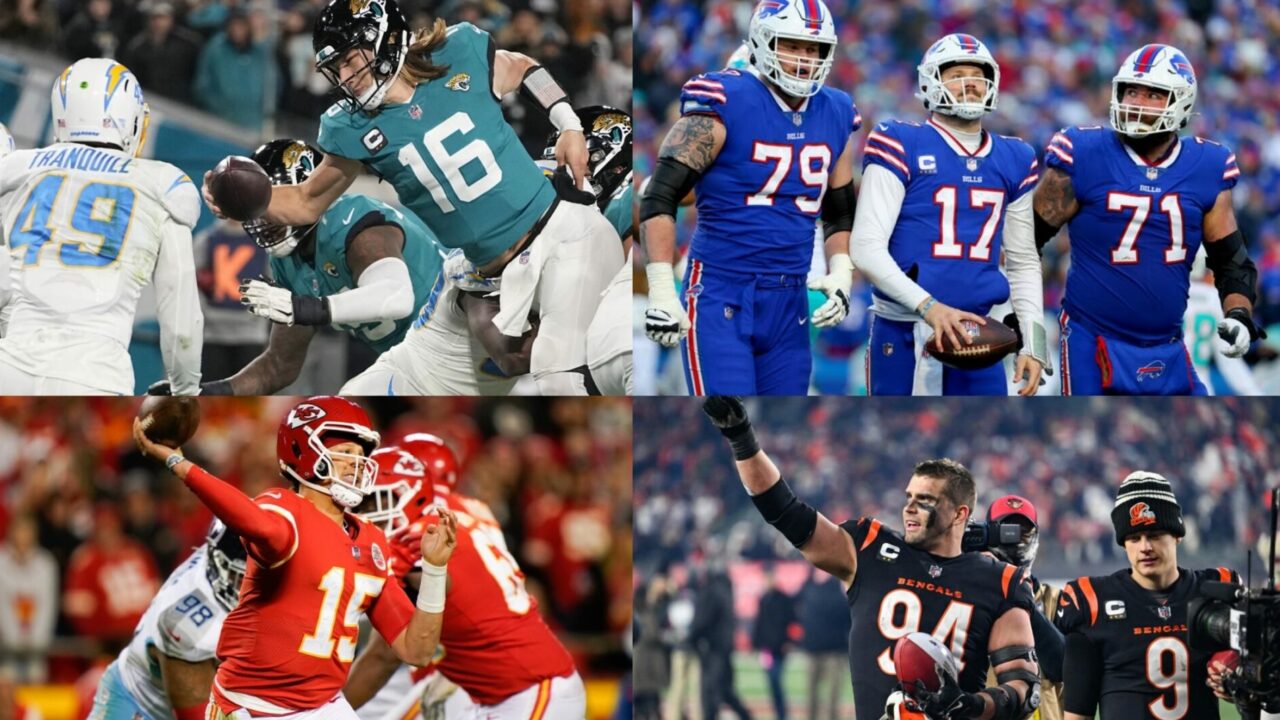 AFC Divisional Round preview: which teams move on?

Steel City Underground presents information on the NFL Schedule for the AFC Divisional Round, including dates, times, and teams kicking off the playoffs of the 2022-23 National Football League season.

With the Wild Card round finalized, the four teams in competition for the Divisional Round of the 2022-23 NFL playoffs are set. The AFC teams playing this upcoming weekend are, as follows:

Jacksonville enters the game with Kansas City, who had the first-round bye, riding a wave of energy fueled by a comeback in the Wild Card round.

After Trevor Lawrence threw four interceptions, most believed the Jaguars were doomed. Instead, they rallied back from a 27 point deficit to beat the Los Angeles Chargers by a field goal.

During a regular-season meeting between Kansas City and Jacksonville, Patrick Mahomes scorched the field with 331 passing yards, four touchdowns, and one interception. Although Lawrence and the Jags attempted a comeback that fell short.

Will this Divisional Round battle be a repeat of past performance with Mahomes and Lawrence turning it into a wild west shootout? Only game time will tell.

The Chiefs’ offensive line has been key to their success; they’re arguably one of the most cohesive units in the league. Their protection and run blocking allowed the Chiefs to post 5,062 yards through the air during the regular season.

What the Jaguars need is a perfect outing… and some playoff luck, if they hope to upset the Chiefs. This should be an exciting game unless Jacksonville tries, yet again, to climb out of too big of a hole too late in the match.

While most NFL fans won’t forget the “game that wasn’t” anytime soon, fans in Buffalo and Cincinnati showed class in how they treated each other when Damar Hamlin had to be taken to a local hospital due to a serious medical issue. That Hamlin is recovering won’t keep emotions from playing a part in the divisional-round game, though.

There’s not much to scout as these two teams look nearly the same as they did despite everything being on the line in this matchup this weekend. Joe Burrow vs Josh Allen. Who won’t want to see which young gun will get it done offensively?

Buffalo wasn’t perfect in their win over Miami in the Wild Card round. As good as Allen is, with better protection up front than what the Bengals are currently offering Burrow, he led the league in quarterback turnovers.

Cincinnati nearly handed the Baltimore Ravens the game last weekend. Twice, the Ravens were within feet of tying the game on offense. The second time, the Bengals got extremely lucky when Logan Wilson poked the ball out of Tyler Huntley‘s grip during a QB-leap over the top of the pile to score. Sam Hubbard scooped and scored, securing the victory.

Both defenses will be tasked with completely shutting down their opponent’s WR1: Ja’Marr Chase versus Stefon Diggs. They’ll also need to limit each other’s quarterback capabilities to keep drives moving. Von Miller isn’t available for Buffalo but Trey Hendrickson is for Cincinnati.