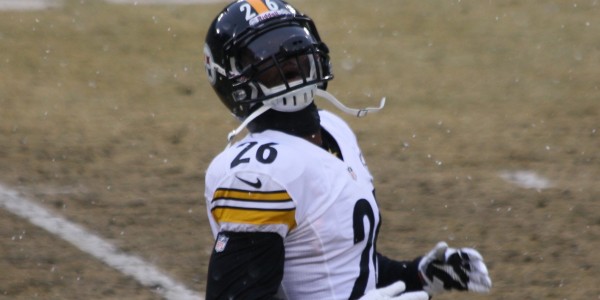 State of the Steelers: Running Backs

The look of the Steelers backfield for the 2014 season will look drastically different than the one that entered the 2013 season. In the opening game of the 2013 season, Pittsburgh listed Isaac Redman as the starter at running back. LaRod Stephens-Howling was the first back to carry the ball in that game, before being suffering a season-ending injury in the third quarter. Preseason injuries kept their second round pick, Le’Veon Bell, on the bench, while Redman also missed time with injuries.

Due to injuries, the Steelers had to lean on Felix Jones and Jonathan Dwyer as the featured backs for the first quarter of the season. Jones was acquired via a trade with the Philadelphia Eagles, days before the fourth (and final) preseason game, giving the journeyman back less than two weeks to build a rapport with the offense. Dwyer, on the other hand, did not make the final 53 man roster, and was released prior to the start of the regular season, before being resigned after Stephens-Howling was lost for the season. Both players would see significant carries in the first games of the season, though neither would provide a 100 yard game or stability in the running game. The revolving door in the backfield contributed to the Steelers’ poor 0-4 start to the season.

Bell, having missed the first three games, finally made his regular season debut against Minnesota, scoring two touchdowns in a losing effort. Once Bell was healthy, he took the reins of the starting job and never looked back. He would prove to be the “bell cow” of the team, leading in rushing yards and rushing touchdowns. Bell would also provide the Steelers with a missing dimension in the passing game, adding 45 receptions and nearly 400 receiving yards to his all-purpose totals.

Here is a look at the Steelers’ 2013 rushing totals:

The backfield has been gutted for the 2014 season. Only two names return from the 2013 roster for this year: Bell and fullback Will Johnson, who is seldom used in the running game, and received no carries in 2013. Despite Johnson’s lack of carries, his value as a blocker and check-down target in the passing game, provide value to the offense. (Johnson was only targeted 11 times last season, grabbing 8 of those balls with 1 touchdown.)

Gone are Isaac Redman (released during last season) and Jonathan Dwyer (signed by Arizona.) In their place, the Steelers made two key moves during the off-season to shore up their running attack:

On March 28, 2014, Blount signed a two-year contract with the Pittsburgh Steelers. Blount enters his fifth NFL season with a 4.7 yard career rushing average, and a 1000 yard rookie season. The highlight of Blount’s 2013 season came in a playoff match against the Colts, where he ran for 166 rushing on 24 carries and scored 4 touchdowns. For the year, he finished 2nd on the Patriots in rushing yards and tied for first with 7 rushing TD’s. Blount appears to be a “ground and pound” runner that Pittsburgh will use in short yardage and goal situations, as well as insurance for Le’Veon Bell. (With whom Blount’s numbers compare reasonably.)

Blount’s 2013 stats with the New England Patriots are below:

Surprisingly, many fans and analysts blasted the team for drafting Archer in this year’s third round of the NFL draft. I was not surprised, as the Steelers needed another running back, as well as a return specialist: Archer provides both.

I wrote an article last week detailing how Dri Archer is is the prototypical back Todd Haley has searched for. Archer will provide a change-of-pace, as the fastest player clocked during the 2013 NFL Combine. It will be intriguing to see how the Steelers find ways to get Archer involved in the offense, as they will need to take touches away from their other backs and receivers. Despite this conundrum, look for Archer to provide a Darren Sproles-like role to the Pittsburgh offense, lining up all over the field.

The remaining backs on the roster, Miguel Maysonet, Tauren Poole, and Alvester Alexander, are all free agents who signed reserve/futures contracts with the team. Of the three, Alexander was on the Steelers’ 2013 practice squad. Look for one of these three players, or a camp casualty from another team, to round out the backs on the roster for 2014.

In conclusion, if Le’Veon Bell can improve upon his rookie season, LeGarrette Blount produces in line with his career averages, and Dri Archer can turn limited touches into big plays, the team’s outlook in the backfield will be a bright one.