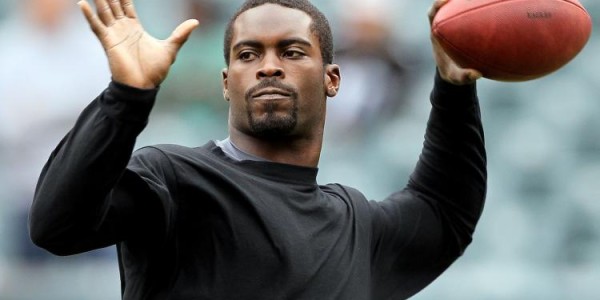 Around this time last year, I had made a case for signing Josh Freeman as a backup Steelers QB. I had placed some of Freeman’s experience side-by-side with former backups Charlie Batch and Byron Leftwich. Freeman also exhibited some of the same physical attributes as Ben Roethlisberger.

As training camp opened this week, Bruce Gradkowski, entrenched as the number 2, finds himself on the physically unable to perform (or PUP) list, with a bum right shoulder. With the remaining options, Landry Jones and Taj Boyd, looking less than appealing, speculation has begun as to whether the Steelers should scan the waiver wire for a signal caller with more experience.

The 35-year-old finds himself without a team as training camps start around the league and understandably so. His run in a Jets uniform last season was one of Vick’s worst seasons as a pro. I could look past that as a mulligan, and maybe hedge my bets on what Vick accomplished during his 2nd NFL run as a Philadelphia Eagle. Twice, he eclipsed 3000 yards, however, his touchdown to interception ratio has always been poor. Vick’s completion percentage has hovered in the 60% range, but has taken dips above and below throughout his career.

But that’s not why I would consider signing Vick.

When I was making an argument for Josh Freeman, is was for a player that had good, but not great seasons in the NFL. It was for a player who had starting NFL experience, something sorely lacking from not only both Jones and Boyd, but even Gradkowski.

Michael Vick certainly has those bases covered and that’s what the Steelers need in a #2 QB: good, but not great. Consider the relief performances of Batch and Leftwich: they only had to be good. They didn’t need to be great. While Batch and Vick’s career completion percentages border on dead even, it was Batch’s latter years as a Steeler where he acheived his greater success. Still, Batch’s touchdown to interception ratio was almost 50/50 depending on the season. Leftwich actually put up worse numbers than Batch, but still remained an effective backup when called upon.

That is what is needed from any veteran the Steelers may give a look at, should Gradkowski not be able to return to health in enough time for the regular season. I’m not jumping the gun yet, as the preseason hasn’t technically started yet, and the regular season is well over 5 weeks away.

Vick is someone the front office may consider reaching out to, and getting in the system, to avoid what was a similarly bad situation when Le’Veon Bell went down for the playoffs last year; Ben Tate had zero time to get acclimated to the team and did more harm than good.

I feel Gradkowski handled himself very well during his few snaps against the Ravens (in the same playoff game) and may be a better backup than some give him credit for. But with any team, they might be one injury away from a lost season: insurance against such a disastrous scenario is never a bad thing. Having an extra, capable hand on deck, such as a Charlie Batch or Byron Leftwich, wouldn’t hurt. In fact, those 2 saved the day more than once.

If Michael Vick can provide that same peace of mind, I say give him a shot at making the team, now, rather than later.