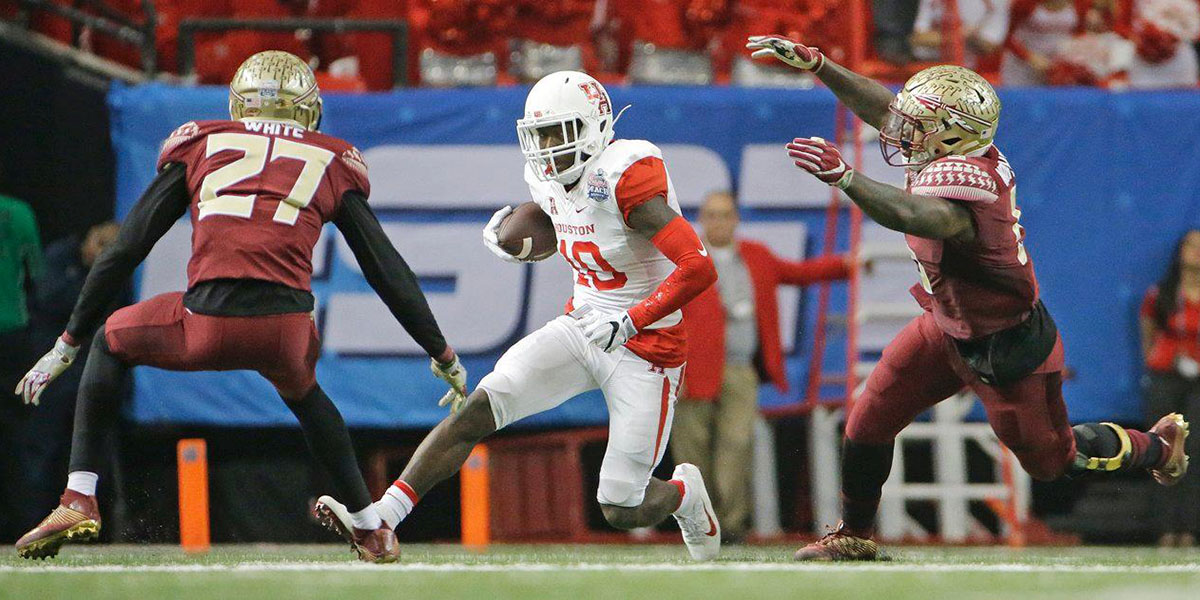 Are Kick Returners A Diminished Commodity In The NFL?

You know what they say: if it isn’t broke, don’t fix it. Yet NFL Commissioner Roger Goodell seems to find something new to toy with every season.

2016 is no exception, as the NFL will once again experiment with aspects of special teams, and the kicking game. One of several rule changes for 2016 is to move touchbacks on kickoffs to the 25-yard line, rather than the 20, as in years passed.

Like the change to the extra point rule last year, the change is meant to be experimental (though the PAT change is now in effect until further notice) and meant as another measure of player safety: more players get injured on kickoff returns more than any other play.

The NFL first experimented with changing the violent nature of the kickoff back in 2009, when it eliminated the “wedge,” or blocking wedge, which involved three or more players blocking in tandem on kickoff returns. The league’s competition committee found that too many players were being injured from being part of the wedge, or colliding with it. The practice was outlawed, with any more than two blockers within two yards of one another, on the same plane in front of a kick returner, results in a 15-yard penalty.

A few years later, in 2011, the league once again tinkered with the kickoff, moving the starting kickoff spot from the 30-yard line up to the 35-yard line. The change was designed to increase the number of touchbacks, keeping kick returners from entering into the fray where the wedge once dominated opponents. The move worked, as the number of kick returns in 2016 was the lowest in a non-strike season since the NFL-AFL merger.

Before the rule change, teams returned 80.1% of all kickoffs: that number is now 41.1%, or 2 in every 5 kickoffs. Still, the competition committee felt compelled that a touchback starting position change to the 25, would alter what was essentially a 50/50 risk of bringing the ball out of the endzone. Now that figure is closer to 25% rather than a coinflip, as to whether to take a knee, or bring the ball out.

That might sound good for a league under fire for player health and safety, but it alters the dynamic of the other phases of football. Last season, teams starting on their own 20 had a touchdown percentage of 17.9%, while those starting on the 25 fared a few points better, at 20.8%.

Football is forever a game of field position, and that’s where the role of the kick returner is always changing. The Steelers, for example, spent a third round draft selection in 2014, on Kent State’s Dri Archer, planning to utilize the draft’s fastest player as a special teams ace. While the plan never worked as envisioned, a team on the cutting edge of attempting more 2-point conversions than any other NFL franchise, appears to be giving the concept another try, drafting Houston’s Demarcus Ayers in the seventh round of this year’s draft.

While the Archer pick didn’t work out, a seventh round choice is hardly a major investment risk from a team-building viewpoint; one where the Steelers could be on the cusp of setting a trend. One of the main criticisms of the new touchback rule is that the role of the powerful legged kicker might make way for kickers with more accuracy and skill.

As seen with the Steelers propensity for 2-point conversions, they opted to go for 2 rather than kick the longer, lower percentage PAT. A similar scenario could surface with coaching staffs more apt to kick higher, longer hangtime balls which force players out of the endzone and into making a return. This gamble would help the defense pin an offense deeper into their own field, flipping the odds mentioned above rather than a higher percentage kneel down (which would begin on the 25.)

If those analysts are correct, and we start seeing shorter kicks as a strategy around the rule change, Ayers could find himself returning the opponents “sky” kicks. Scouts have noted the Houston WR’s vision versus speed, in returning kicks, something Archer lacked, and the Steelers have been without for years.

However, if the rule changes results in even more touchbacks, we will likely see an end of an era in the NFL, one where kick returns have become a diminished commodity.