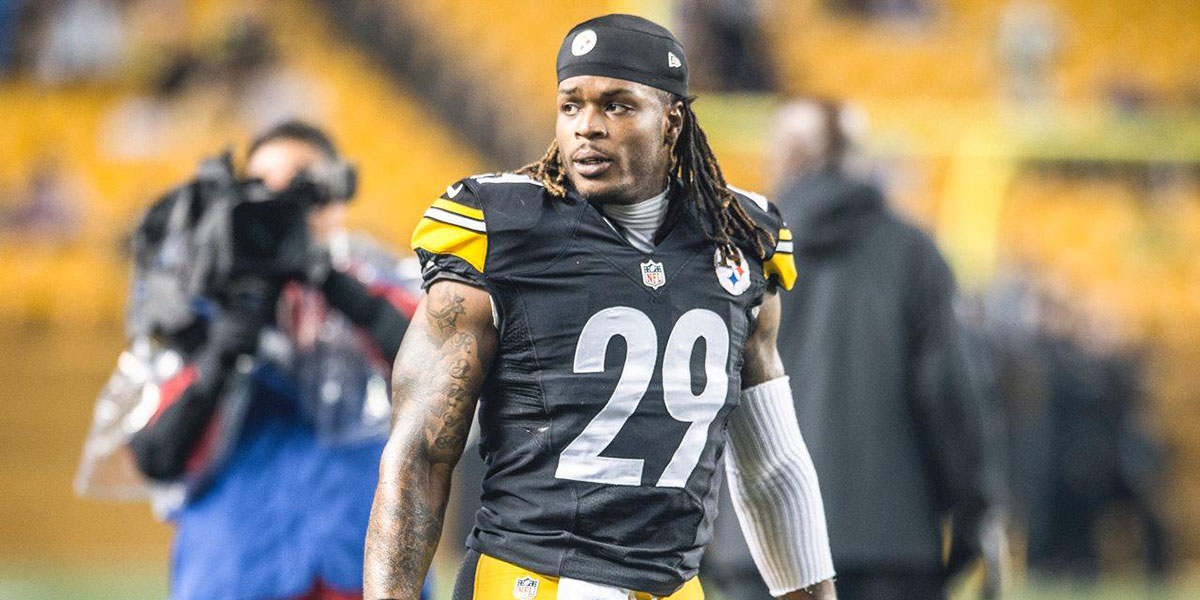 In part one of our Way Too Early Steelers Predictions, we broke down the Steelers offense. Now it’s time to switch units and focus on the defense. My friend Eric Herrmann, once again finds himself on the other side of this “dueling” topic. This time, we break down which defensive players are on the hot seat, roster bubble and more. While it’s difficult to make predictions this early in the league year, I’d be willing to stack our predictions up against some of the online NFL odds out there.

(Warning you once more: these predictions aren’t for the faint of heart!)

Who will be the biggest acquisition for the Steelers defense in 2016?

This is a tough one. I think Artie Burns gets on the field first out of the all of the rookie additions, but I think Javon Hargrave will actually have the biggest impact by the end of the season. Hargrave doesn’t have much competition at the nose tackle spot, while Cam Heyward and Stephon Tuitt will need rest, something that was impossible to do at times last season. This could give Hargrave more time on the field. Also, Heyward and Tuitt could open things up for the South Carolina State product, who was incredibly disruptive in college. With those two bookends, we could see Hargrave give the front 7 a giant boost.

Sean Davis is a player who wasn’t on my radar at all during draft season, but am now really excited for. He is certainly capable of having a significant impact on the defense in 2016. Though he may not start many games, if any, this season, I can see him splitting snaps with Golden 50/50 come mid-season.

I also predict the Steelers will utilize more dime formations, replacing Timmons with Davis. Davis’ experience at both cornerback and safety makes him perfect for this formation. Davis is proficient in both run support and coverage, and combined with his athleticism and hard-hitting style, will make him a major asset for the defense in 2016.

The Steelers faced a lot of injuries in 2015. Surprisingly though, their edge rushers stayed healthy all season. It is certainly possible though that during the 2016 one of our edge guys will go down, and most likely Anthony Chickillo would be the guy to step up and fill in the gap. I think Chickillo will get playing time at some point and play solid football. He is a guy I could see having an Arthur Moats-like impact – not flashy, but solid, smart, and reliable.

Chickillo got limited playing time in 2015 and didn’t contribute much during his snaps. This is to be expected though from a 6th round rookie. With a year to learn his position and condition, I think Chickillo could be a player who could surprise people not due to dominance or flashy plays, but due to consistency, effort, and smart play.

While I feel Sean Davis can be a Day 1 starter, I think the safe bet might be on Robert Golden surpassing anyone’s expectations. Golden, like Davis, may find himself in necessary roles in nickel or dime packages as well.

In fact, if Golden does overachieve, we may not have a reason to see Davis on the field in 2016. That would be a pleasant surprise for a secondary that ranked 30th in passing defense last season.

Which defensive player will fail to live up to fans’ expectations?

Steelers Nation is going to hate me for my picks in both editions of this topic. I’m going with James Harrison here. He’s turned into a situational player, and hasn’t logged as much time as in the past. That will keep the Silverback fresh, but also limit his production at the same time; very similar to how I felt about DeAngelo Williams in the offensive portion of this discussion.

The 38-year-old Harrison is going out with a bang, for sure, but I feel he’s going to be in the same rotational situation as last season. In 2015, Harrison split time with Jarvis Jones, Arthur Moats, and Bud Dupree, all sharing lines, similar to hockey substitutions (but no HBK line here!)

Let me explain myself here. I’m not saying I think Bud Dupree will have a bad season; I’m saying I’m tempering my expectations for him. I do think he’ll improve and play better in 2016, I just think it may take him one more season to reach his potential.

I would love to be dead wrong and have Dupree come out and dominate. To me, he seems like a player who throughout the season will show flashes of brilliance as well as make stupid mistakes.

Dupree was extremely raw coming out of college; he didn’t even have a true position coach at Kentucky. He was drafted based off of his incredible athletic ability and his potential; in other words, he’s a project. I think Dupree will make strides and play much better in 2016, but I still think he is a season away from dominance.

As of today, it seems like Ross Cockrell will be one of the starting cornerbacks. I am a fan of Cockrell: I’m eager to see how he improves with a full offseason under his belt. However, Cockrell knows he has competition behind him. The Steelers drafted Artie Burns in the first round this season, whom we all know is going to work hard to take Cockrell’s spot.

Cockrell played reliably in 2015. He wasn’t flashy, but he played much better than many expected, from a guy who wasn’t even with the team during training camp. In a way, this makes Cockrell sort of a wildcard; Cockrell is going to start during week 1, but he will have to work hard to fight off Burns.

Speaking of the linebacker rotation… the Steelers declined to exercise Jarvis Jones’ 5th year option for 2017. That option would’ve paid Jones in upwards of $8 million for one more year in Pittsburgh, which the front office isn’t sold on spending on the former first round pick. At least not yet.

In fact, they weren’t willing to dish out a boatload of money for a far more productive player, Jason Worilds, several years ago. Worilds received a transition tag for one season, and then was allowed to pursue free agency, which never materialized as he opted to retire at a young age.

We could see a similar situation with Jones, who will have to become the player he was expected to be when drafted. Health has been an issue for Jones, so if he can remain in games I feel he might be up to the challenge. Since many Steelers edge rushers have taken several seasons to fully hone their craft, this could be the year Jarvis breaks out as a force on the defense. If not, Jones could be jettisoned following the 2016 campaign.

I want to say Ross Ventrone, who has been released and resigned something like 14 times in his career… but Ventrone is a far better special teams player than my choice for this section, Shamarko Thomas.

Thomas has hurt the team with mental mistakes on special teams. If you can’t crack the defensive unit’s rotation, and you can’t contribute as a special teams player, you’re going to find out the NFL is a very unforgiving place. There are literally dozens of other players waiting to take anyone’s spot at any given time. This is Thomas’ position, especially after the Steelers maneuvered to attempt making him Troy Polamalu‘s replacement, something that has never materialized due to injuries and lost opportunities.

I’m going to copy Joe here. Shamarko Thomas has had such a disappointing NFL career. He has the athletic ability to succeed, but makes too many bone-headed mistakes to see the field on defense. Even when he plays special teams he’s inconsistent, making a play on one snap then doing something stupid the next.

Tomlin likes disciplined football, and with Thomas’ value being solely on special teams, he may be seen as expendable this offseason. Thomas should be grateful Sean Spence and Terrance Garvin left the Steelers via free agency, as the departure of these key special teamers helps his cause for making the final roster.

Who will be the breakout star with the Steelers defense this season?

I think Stephon Tuitt is going to turn into a star during the 2016 season. He played great in 2015, posting respectable stats of 42 tackles, 6.5 sacks, and even an interception. He made major strides from his rookie to sophomore year, and there’s no reason to think he can’t continue to improve in his 3rd year. With Keith Butlers‘ pass-rush heavy defense, I think Tuitt is even capable of double digit sacks this season.

The Steelers defensive line led the team in sacks in 2015. That may happen again in 2016. Tuitt and Cam (they really need a couple’s nickname) are a dominant duo. They will potentially be the 2 best players on the defense this season.

There’s a reason Tuitt hardly ever came off the field and played such a high percentage of snaps: it wasn’t just due to the lack of d-line depth last year, but because he consistently plays at such a high level.

Entering his 2nd year, Bud Dupree is every bit the player we wanted Jarvis Jones to be. Dupree showed flashes in his rookie year with 4 sacks and 17 total tackles. I would surmise he will be entrenched in the system as a second-year player, and utilized far more than he was in year one.

Also, the team is committed to making sure their higher draft picks get playing time. Therefore, Dupree will be busting onto the scene as a major player in 2016.

An expanded version of this article also appears Behind The Steel Curtain.