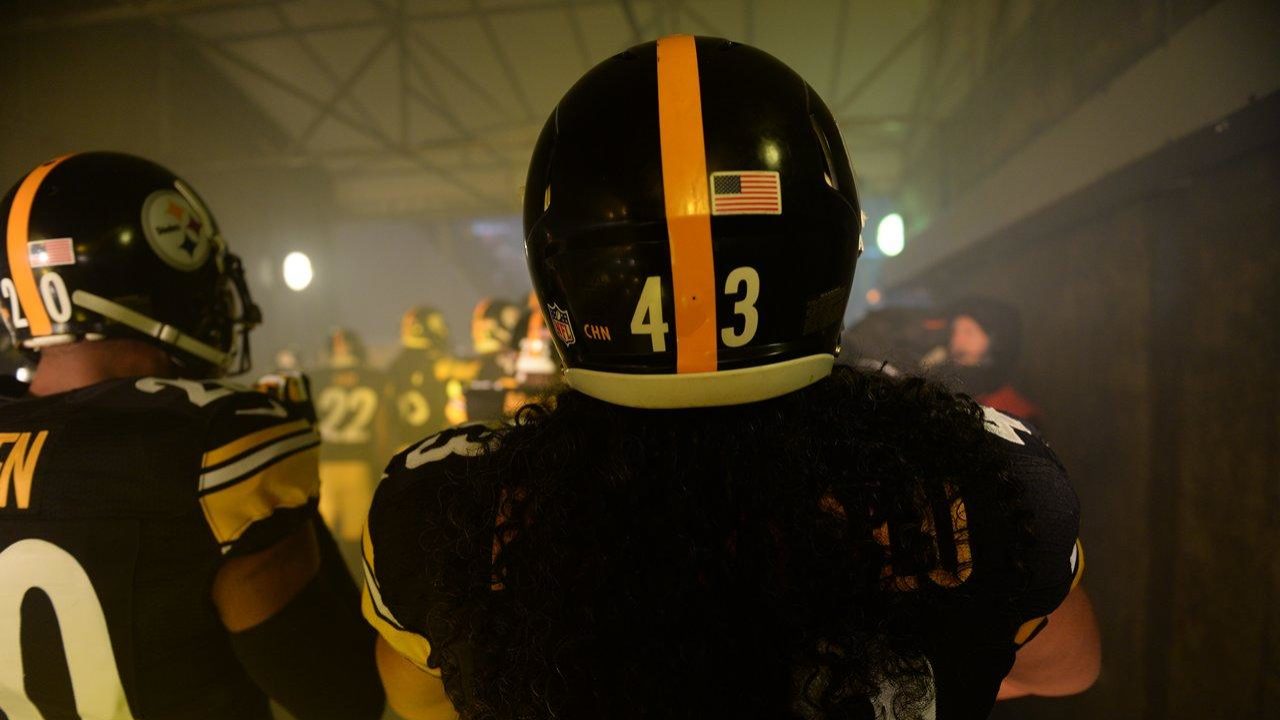 The four most iconic Steelers of the 2000’s

My iconic “Mount Rushmore” by the decade series is nearly coming to a close. This time around, I focus on the start of a new century’s worth of Steelers with the most iconic players of the 2000’s.

So far I’ve covered the 70’s, 80’s, and 90’s. Each decade has had the challenge of where to place certain players, and this was no different. But before we jump into the four Steelers I chose for this decade, here’s a recap of how the “iconic” series works:

The keyword here is “players” but also “iconic” with reference to the time period those players played.

The 70’s were full of Hall of Famers, the 80’s were a down period, and the 90’s saw a rebirth of the franchise. But it was the 2000’s that finally brought the first Super Bowl trophies back to the Steel City since the days of “Mean” Joe Greene.

There were many names responsible, but some simply do not conveniently fit within the time period of 2000-2009. There’s a lot of overlap, and as in the previous entries to this series, I’m trying to stick with four players total.

The names below are the ones whom I felt I couldn’t leave off whatsoever, yet, there are two players here who I must address as to why they aren’t part of the 2000’s group.

Jerome Bettis was named as part of the 90’s group, since that’s when his biggest impact was. You could argue he had solid seasons in the 2000’s too, but more of them came prior to 2000. (You can read more about that here.)

I’m also leaving off a very notable name, Ben Roethlisberger, from the 2000’s “Mount Rushmore” too. This was the toughest decision, but you’ll see why shortly. When compared to the other four listed below, Ben’s biggest seasons, save 2009, came in the next (or now current) decade.

Making that argument is difficult, but here are the four players who best fit the puzzle of being “iconic” in the 2000’s.

If there could be only one player on this list, the choice is unanimous.

Troy Polamalu could arguably be one of the greatest safeties in NFL history. He was also the lifeblood of Pittsburgh’s defense through the 2000’s. Drafted in 2003, Polamalu made the first of his five consecutive Pro Bowl teams in his second season. He was named an All-Pro twice, in 2005 and 2008: each were seasons in which the Steelers won the Super Bowl.

The all-time great also generated game-changing plays of which anyone who watched him will never forget. One of those memories is picking off Ravens QB Joe Flacco in the fourth quarter of the 2008 AFC Championship game.

Troy always had a nose for the end zone, but he also had a flair for the impossible. While we remember how he took interceptions the distance in many games, we also have the memory of fingertip catches as well as stopping players short of the line.

In fact, another one of those diving plays at the line of scrimmage occurred in the very same game as above.

Adding in Troy’s famous long locks hair and his devotion to his faith (where you would often see him praying during games), in addition to what he did on the field, and there’s no doubt that Polamalu is one of the most iconic Steelers of the decade… if not franchise history!

See the picture above? Can you envision this play as it happened?

Did you see Ward‘s smile?

Then you can empathize as to why this hard-hitting receiver is an all-time icon just like Polamalu is.

Hines Ward wasn’t supposed to be a superstar. However, his grit and “pit bull-like” play at a position that’s supposed to fear contact, made Ward an instant fan favorite in Pittsburgh. Drafted in 1998, it wasn’t until 2001 that Ward would be named to a Pro Bowl team.

He would cap off four straight Pro Bowl nods with over 1,000 yards receiving in each of them. Hines would also top 10 or more touchdown receptions three times throughout the 2000’s. It’s hard to think of anyone besides Antonio Brown as a leading receiver in black and gold, but Hines held four of the top five receiving seasons (in catches) before AB joined the team.

He would finish his career with precisely 1,000 receptions. Along with his 12,083 receiving yards, both are franchise records.

Add Ward’s Super Bowl performances and a later Dancing With the Stars TV appearance to his resume, and he’s easily another iconic player from the decade.

James Harrison is a tough choice for the decade “top four” since he wasn’t a starter until 2007. The way he left last season also made it hard to want to include him on the list, yet, you can’t ignore what he did in a Steelers uniform.

However, following becoming a full-time starter, Harrison rumbled off 3 of his 5 Pro Bowls, an All-Pro nod and Defensive Player of the Year all within the 2000’s. The franchise’s all-time sacks leader had three of his four highest sack seasons between the 2007 and 2009 seasons.

Oh, and there’s that “little” Super Bowl record for an interception returned for a touchdown which helped secure the team’s sixth Lombardi Trophy, and second of the decade.

Harrison is more than deserving of being immortalized among the Steelers greats and as one of the best of the 2000’s.

How can one leave Alan Faneca off of this list?

The answer is easy: Roethlisberger doesn’t belong in the 2000’s group.

While Big Ben was drafted in 2004, five of his six Pro Bowl nods have all come post-2010. Compare that to Faneca, who was drafted by the Steelers in the first round of the 1998 NFL Draft, but didn’t truly “come on” until 2001. It was then that the left guard was named to his first of 6 All-Pro teams and 7 straight Pro Bowls.

He would leave the Steelers in 2008 following a contract dispute, but he since returned to the team making guest appearances during games and local events, as well as lending a hand helping the next generation of Steelers during the last few team training camps.

There’s little doubt that this offensive lineman will one day be enshrined in the Pro Football Hall of Fame as well, as his and Ward’s names are routinely in the mix as finalists.

Along with a sure shot like Polamalu (who isn’t yet eligible to be voted in) these three players, along with the former DPOY, all-time sacks leader, and Super Bowl record holder James Harrison, round out the best of the best Steelers of the 2000’s era.