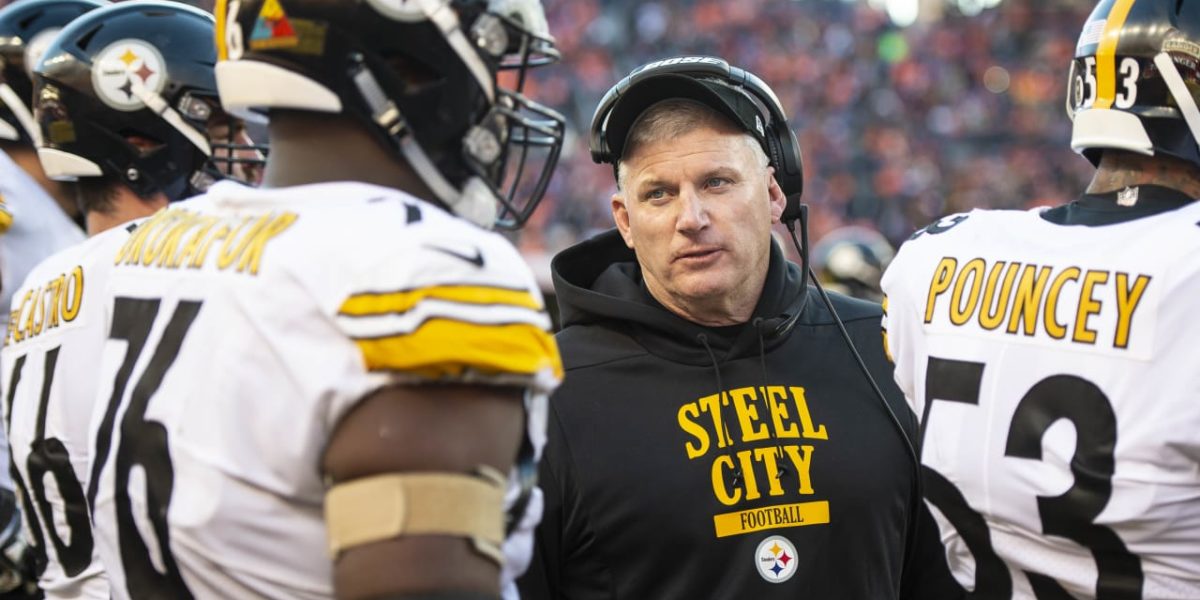 Why the Steelers will miss offensive line coach Mike Munchak

If I were to ask you to rank the importance of each member of an NFL coaching staff, you would probably start with your head coach, then your offensive and defensive coordinators, and move on down the list to positional coaches. I am here to tell you that, in the case of the Pittsburgh Steelers, their offensive line coach is the most important of all.

We all know Mike Munchak was a great football player (9 Pro Bowl selections and 10 first or second team All-Pro selections). The former offensive guard for the Houston Oilers was inducted into the Pro Football Hall of Fame in 2001. However, as good as he was as a player, I don’t think most fans understand just how great he is as a coach.

Before Mike Munchak came to Pittsburgh as the offensive line coach in 2014, the Steelers o-line was in disarray. The running game wasn’t successful, and the big guys upfront could hardly keep Ben Roethlisberger on his feet. Here are the Steelers offensive line rankings in the previous five years prior to Mike Munchak’s arrival, according to Football Outsiders:

These statistics aren’t foolproof, but it wasn’t looking good for the Steelers before Munchak came to town. Back in 2009, The Steelers were sacked a whopping 50 times. As recent as 2013 (the year before Munchak signed with the Steelers), they were sacked 43 times.  Pittsburgh was also inefficient running the ball with an offensive line ranked 22nd and 27th in run blocking in back-to-back years just before Munchak was hired.

It doesn’t take a mathematician to examine the improvements. Thanks in large part to Mike Munchak, Roethlisberger has been one of the least-sacked quarterbacks in the NFL over the past three seasons, and Pittsburgh has displayed a top-notch offensive line group for half a decade now. Here is a chart showing their average ranks over the past five years with Munchak as well as the most recent five years without him:

What’s most impressive is that it’s going on seven years since the Steelers spent higher than a 3rd round pick on an offensive lineman. Munchak is such an expert at his craft that he can find players late in the draft or in free agency who he can coach up and turn into solid NFL starters (or even Pro Bowlers).

Munchak has had fantastic success with low profile players. Alejandro Villanueva was a former college wide receiver turned tackle. Munchak saw the potential in him and brought him in to be the starting left tackle for the Steelers. Prior to that, it was Kelvin Beachum – a short, underweight offensive tackle who Munchak saw potential in. Though Beachum was drafted in the 7th round before Munchak was hired by the Steelers, it was Munchak who saw his fit with the team and developed him into one of the better pass protectors in the NFL.

Yes, Munchak has a pair of first rounders and Pro Bowl players to work with in David DeCastro and Maurkice Pouncey. However, four of their top seven offensive lineman were not even drafted. Because of his success with these players, Munchak has saved the Steelers numerous high draft picks that otherwise would have been used on beefing up the offensive line. Here’s how the four former undrafted free agents on the Steelers offensive line ranked, according to Pro Football Focus:

Mike Munchak may just be an offensive line coach, but his value is unmatched and will be sorely missed as heads to the Denver Broncos:

Mike Munchak to Denver as O-line coach, per @MikeKlis. That's a big one. Steelers contract was up and Broncos pounced. Steelers O-linemen loved playing for him.

Munchak’s name had been thrown into the mix of assistant coaches that in line for a head coaching position. The Steelers still have some pretty good coaches on their roster, but Munchak was clearly the best at what he does.

Losing Mike Munchak may not seem like a big loss, but I can guarantee you the Steelers will feel the effects for years.