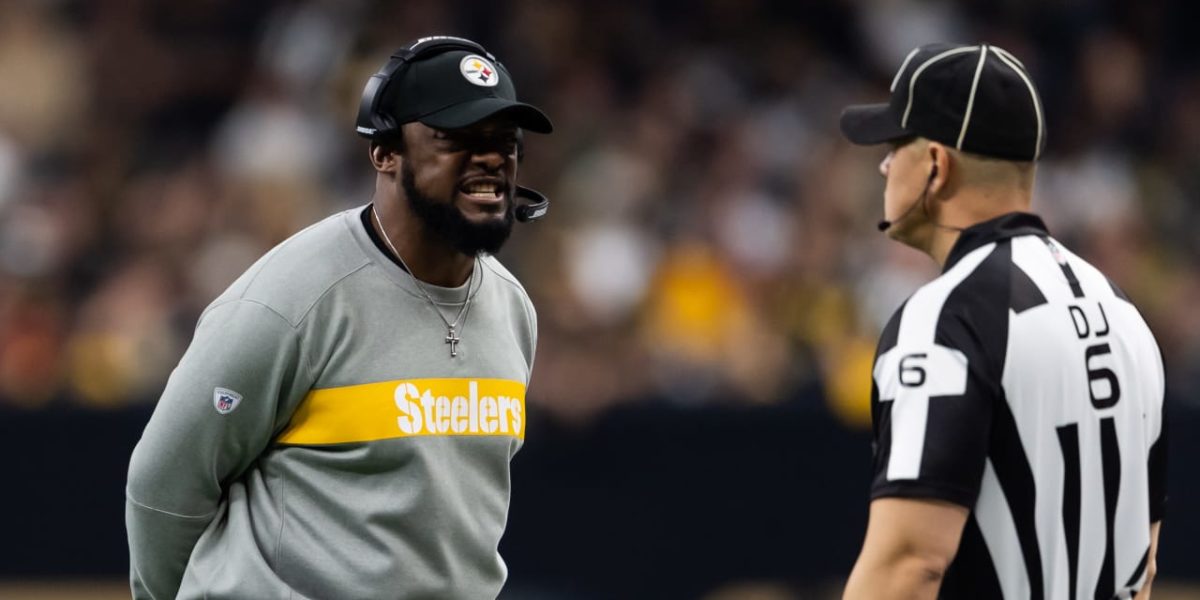 Officiating is destroying the integrity of the NFL

After watching the conference championship games this past weekend, I believe football fans everywhere are finally beginning to see what a lot of us noticed much earlier: that officiating decisions are destroying the integrity of professional football.

While the old adage of not allowing the referees to dictate the outcome of games is true, no one can argue what was witnessed in the NFC and AFC title games this season. Several controversial calls impacted the final results, sending the Los Angeles Rams and New England Patriots to Super Bowl LIII. (Where you can find Super Bowl betting odds at us.888sport.com.)

However, the New Orleans Saints and Kansas City Chiefs have more than a legitimate gripe with sitting at home watching the big game in just under two weeks, as each team was one call (or no call) away from going to Atlanta instead of their opponents.

That’s why officiating has come under fire this week, but it’s been going on longer than that. All you have to do is talk to a Cowboys fan about Dez Bryant’s “catch”, or heck, let’s stick with our Steelers audience here and ask them if Jesse James “caught” a touchdown pass against the Patriots in 2017!

It’s some of those Steelers fans who also don’t feel any sympathy for the Saints loss, as the Steelers loss in New Orleans easily featured one of the most controversial pass interference calls all season. That penalty put the Saints on the one-yard line and enabled them to easily score a touchdown.

That play featured Joe Haden covering Saints RB Alvin Kamara, who saw a pass sail over his head on a 4th-and-1 play. Instead of getting the ball on their 34-yard line, the Steelers defense stayed on the field and got scored on.

Similarly, bad but in a different way, Rams CB Nickell Robey-Coleman slammed into Saints WR Tommylee Lewis: it was obvious that Robey-Coleman hit Lewis early and never looked back to play the ball. However, those wearing stripes saw (or didn’t see) the play differently as the already raucous Mercedes Benz Superdome was draped in loud boos.

Now that you've had a day to recover…

Your thoughts on this? pic.twitter.com/5Z4v9n35Lz

What we saw on TV was obvious: and when it’s obvious, it feels like there’s something incredibly broken with the NFL and how games are officiated. Instant Replay has marginally fixed some of the issues where the game has become faster than any pair of human eyes can witness in real-time: including those of human NFL referees. Yet, the league has continued to allow more judgment and less common sense in its approach to just getting the calls right.

That play decided the game, as the Saints otherwise would’ve received the ball with a new set of downs, and simply chipped away at the game clock until they, theoretically, kicked the game-winning field goal.

Yet, that’s not the only play over the weekend that benefitted the eventual winner. Patriots punt returner Julian Edelman seemingly touched a punted ball, only to see a Chiefs defender scoop up the loose pigskin near the Patriots 26-yard line.

The play was ruled as a fumble on the field and every replay shown by the multiple CBS television camera angles couldn’t effectively determine if Edelman had, or had not, touched the ball. Instant Replay is only to overturn the call on the field if conclusive evidence is shown on video to overturn the officials’ decision. Yet, somehow, the referees still overturned they play, against their own mandate and much to the chagrin of Chiefs fans everywhere.

That play echoed one earlier this season when a punted football struck a Cleveland Brown in the helmet and was picked up by the Steelers. Replay once again stuck with the return team even though the millions watching at home, and those standing right in front of the play on the sidelines disagreed.

The Steelers and Browns were also part of snafus involving plays against the Los Angeles Chargers. In each of their games, officials missed a false start by the Chargers offense. The play against the Steelers directly led to a touchdown. Against the Browns, the official in question who missed the call was unceremoniously fired.

That’s the type of accountability football fans are screaming for after championship weekend, but it’s unlikely to happen. The NFC Championship Game was officiated by Bill Vinovich, who was responsible for the missed calls in the Chargers/Steelers game. Those calls easily cost the Steelers the AFC North, missing out on the division title and subsequently the playoffs, by finishing a half-game behind the Baltimore Ravens in the standings.

On the other side, the AFC Championship was patrolled by Clete Blakeman, the referee who led the “All-Star” crew which worked the Rams/Chiefs during the regular season. That game was heavily criticized for its officiating, especially when the league went out of its way to announce that the crew was their “best”. (Blakeman is also famously known for the Patriots “Deflategate” fiasco.)

John Parry gets the nod for Super Bowl LIII: and he’s not without his shortcomings. Parry famously killed this play earlier in the postseason Divisional Round game between the Cowboys and Rams:

Here's the "sack" on Dak Prescott.

No idea how it's blown dead and how the refs ignore the obvious head contact ot the QB.

A 100% garbage call by the refs pic.twitter.com/lkIWnEXIlN

And that’s where we are with the zebras. Fans can see what’s obvious in the stands and during TV replays: an obvious disconnect with what the referees are calling on the field. Replay has failed to fix what a catch is (Chris Hogan “caught” a pass that appeared to hit the ground in Sunday’s AFC Championship game) and can’t correct pass interference calls, nor blown false starts or roughing the passer penalties which eventually lead to points.

Those points on the scoreboard have skewed the final winners and losers in games, all the way up through this weekend. A lawsuit has even been filed on behalf of the Saints to replay/restart the game, pointing to a broken system where fans question whether they’re watching is or isn’t being dictated by an outside force. It wouldn’t be the first time that a referee would be involved in match-fixing, though it may be a first for the NFL. The NBA and FIFA have both been surrounded by scandals where those blowing the whistle were knee-deep in betting on games.

However, aside from conspiracy theories on wanting a Los Angeles team to play in the Super Bowl or zebras attempting to line their pockets, there is no immediate answer as to why the officiating has been lackluster nor how the league can fix it. The only thing we can agree on is that the system is broken and it is impacting the game… and not in a good way.

5 responses to “Officiating is destroying the integrity of the NFL”