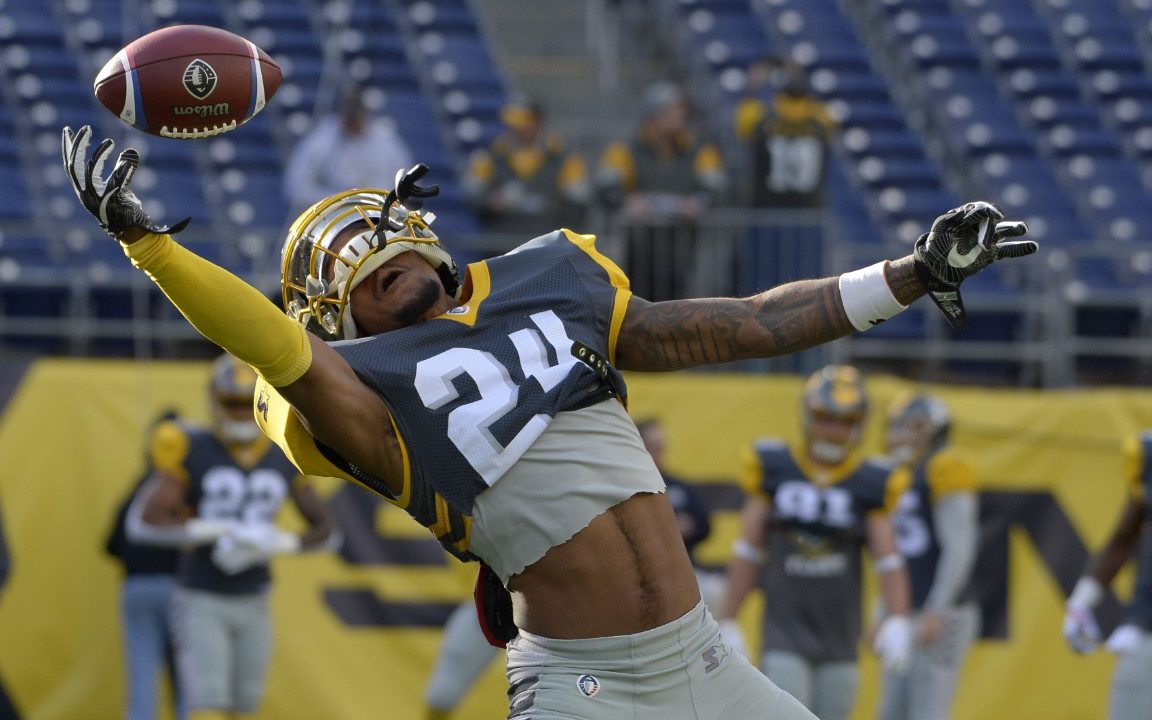 With the Steelers prepared to open up training camp shortly, I thought it might be a good idea to have a look at some names that may have flown under the fans’ radar when it comes to players who could make an impact during the preseason.

I’ve compiled a list of ten players who I feel everyone fan should have on their short list of ones to watch at camp and as exhibition games kickoff.

Kelly made waves earlier this year in the now defunct Alliance of American Football as a cornerback for the San Diego Fleet.

Quickly snagged by the Steelers upon the dissolution of the league, he was spotted taking first-team reps as potential safety depth during offseason workouts.

Kelly’s skillset likely translates to that position more than corner, and the team still lists him officially as a “DB” as such. With the Steelers having not drafted and/or added to the safety position via free agency, they’re likely set on who they have: and right now, they have Kelly.

Yes, there are other undrafted college free agents on the roster, but Kelly’s veteran experience gives him a leg up early in the camp competition.

Did you complain about Chris Boswell or Jordan Berry’s performance kicking and punting last season?

If so, keep an eye out for Wright and Berryman, who each are respectively their competition in camp.

One of the offseason complaints is the Steelers lack of depth at tight end. Another was their special teams play last year.

Enter Wood, who can play both tight end and long snapper. It’s unlikely the team will ask him to do both, as risking an injury to a long snapper would be detrimental in-game or in-season, but versatility may bode well for Wood as Mike Tomlin loves players who can wear multiple hats.

How does a player who made the 53-man roster last season end up on a “little known name” list?

Well, I doubt many knew Banner was on the active roster!

With Marcus Gilbert’s departure leaving the right tackle position open, many consider Chukwuma Okorafor and last year’s fill-in starter Matt Feiler the defaults to win the starting job. However, Banner could make some noise and even climb the depth chart as one of the team’s swing tackles and potential jumbo package specialist.

At 6′ 8″ and 360 lbs., he fits the Mike Tomlin mold for big players that the head coach endears: Banner is actually larger than Daniel McCullers!

At 326 lbs. he’s right in the pack with Banner, McCullers, Feiler, and Ramon Foster as the heaviest players on the team too.

That size, if equipped with the proper potential skillset, could see Johnson vie for at least a practice squad role in 2019.

The team will be looking for some younger talents to come up the ranks in the offensive line group and the guard position is one that is looking potentially thin as B.J. Finney enters a contract year and is currently negotiating on a second-round tender and Ramon Foster enters his mid-30’s (age 33 as of January).

According to Indiana University’s website, “Scales became the first Indiana linebacker to earn All-America honors (2016) since 1987 and the first to collect first team All-Big Ten recognition (2017) since 1988.”

That’s due to being a tackling machine and consistent starter throughout his IU career.

More of a playmaker than athletic phenom, Scales projects to be a player in the mold of Tyler Matakevich. With the Steelers needing linebackers, and particularly special teams contributors, Scales is someone who could make their claim on a practice squad spot during camp competition.

I’m sure a lot of you actually heard about Hodges, as other Steelers “reporters” went out of their way to say that the team’s fourth quarterback could disrupt the apple cart this offseason.

Despite being a three-time Southern Conference Offensive Player of the Year and breaking Steve McNair’s NCAA FCS career record for passing yards, I still doubt that Hodges will do much to crack what will be the battle to watch at training camp: Joshua Dobbs vs. Mason Rudolph.

Despite that, I do believe it was more or less Brogan Roback’s inability to fit with the Steelers that opened up the opportunity for Hodges and not the other way around. Still, Hodges, based on his pedigree and talent, should find some snaps this preseason by virtue of Ben Roethlisberger sitting out games.

More or less, it’s the pedigree of the backups ahead of him on the depth chart as well as his small school background that makes him an underdog: and one worth watching.

A practice squad player last season who was actually promoted to the active roster in Week 17, Trey is a brother to teammate Terrell and Buffalo’s Tremaine.

This Edmunds brother, however, is left out of conversations simply because of everyone else on the depth chart.

Watch for him to get some significant time on the field this preseason to perhaps cement more time on the practice squad to prove himself as a capable back.

A CFL standout and multiple time “All-Star” up north, Spencer returns south to join the Steelers and potentially make a dent in a crowded wide receiver room.

If you’re looking for this preseason’s Damoan Patterson, Spencer is the likely candidate.

Curious fans should also keep an eye on his special teams snaps to see if he has potential to land one of the return jobs as well.