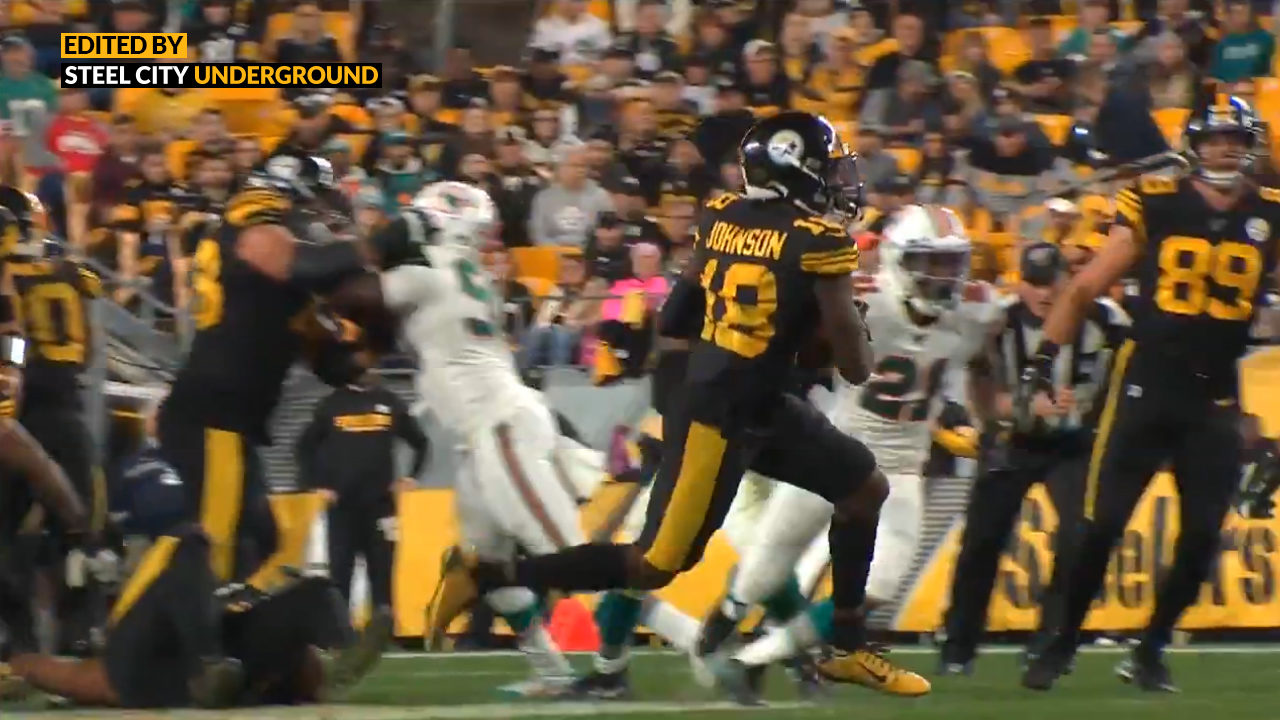 On Sunday, playing host to the Miami Dolphins looked like it might turn into a disaster as Mason Rudolph got off to a rocky start by throwing an interception and then nearly having another pass picked off on the next offensive series. While the Dolphins double-teamed JuJu Smith-Schuster early, adjustments to the offense helped create an opportunity for both Rudolph and rookie receiver Diontae Johnson to connect and get redemption before the end of the first half.

With a little over 40 seconds left in the second quarter, Rudolph found Johnson streaking down the right sideline and Johnson nearly took it into the end zone, just missing. The officials would call offensive pass interference on the play, a poor call when looking at the film. Johnson and Xavien Howard were both fighting for position.

After being pushed back by the penalty, Rudolph and Johnson would hook up for one of the most spectacular plays by the offense on the night. Johnson, on a shallow cross, got behind the all-out blitz by Miami and was able to make the grab in the center of the field and race down the left sideline. Howard, who blew the coverage, could only trail the play. Downfield, fellow Steelers receiver James Washington made a key block with JuJu Smith-Schuster also trying to clear the remaining defenders. Johnson was able to slip into the end zone and the Steelers entered the locker room at the half down by just four points.

Johnson would finish the game with five receptions for 84 yards (16.8 yards per catch average) and the touchdown while Rudolph calmed down and finished by completing 20-of-36 attempted passes for 251 yards and two touchdowns to the one interception.