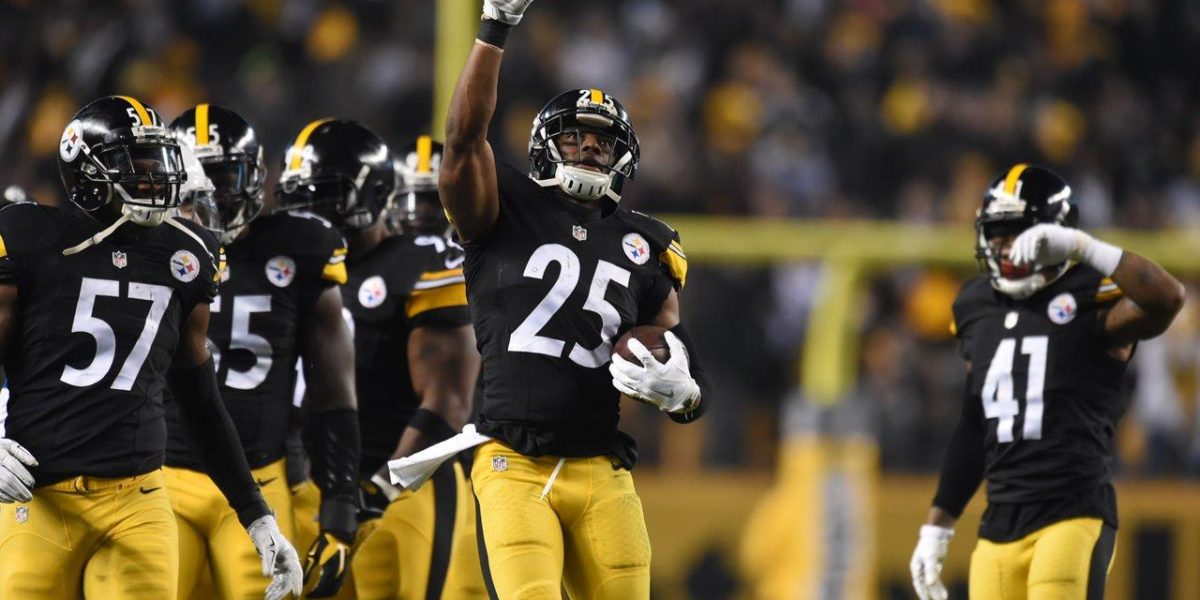 The not-so-great Steelers trades of the last decade

With the dawn of a new decade, I thought it would be a good reflection to go back and look at some of the trades made by the Pittsburgh Steelers troughout the 2010’s.

Since the Steelers made quite a few moves over that period of time, I had split all of the trades into two articles. Last week I took a look at some of the better or best trades that the Steelers made over the last ten years. From Santonio Holmes to Minkah Fitzpatrick, the Pittsburgh Steelers mostly delivered over the course of the last decade.

But then there’s the trades that weren’t so great. I don’t want to call all of them “bad” trades, but from underwhelming to underperforming (or not performing at all) these are the trades that didn’t work out for the Steelers.

Considered one of the best offensive tackles coming out of college, Brown was selected fifth-overall by the Arizona Cardinals in 2007. He was a perennial ironman, starting in 11 of 13 games played his rookie season before playing in every single game up until 2012, where Brown tore his triceps.

2012 was an awkward season for the tackle, as he was released and then re-signed by the Cardinals before that injury: he was then sent to the Steelers in October for a conditional pick.

Pittsburgh was struggling with offensive line depth after starting the 2013 season 0-4. The Steelers pulled the trigger on the trade during their Week 5 bye, but Brown would never end up playing, tearing his triceps once again during pregame warmups in Week 6.

The Steelers wouldn’t end up losing a pick, as Brown never met any condition due to never playing, but the trade didn’t help Pittsburgh shore up their line depth either.

Second round draft pick Senquez Golson, the first “high” pick used by the Steelers on a cornerback in ages, was meant to be the savior of the defense. Fans had been clamouring for a lockdown DB for years, as the Steelers pass defense had holes the size of craters against opposing offenses.

Then Golson went down in training camp and the team was left scrambling for answers.

The eventual answer would involve a fifth round draft pick traded to the Philadelphia Eagles in exchange for highly touted slot corner Brandon Boykin. Boykin had fell out of favor with then Eagles head coach Chip Kelly.

Boykin was anything but the savior, however. Many speculated the Steelers were attempting to devalue the pick which would go to the Eagles, by not playing the cornerback in order to avoid the conditions of the trade which would’ve made Philadelphia’s end of the bargain better with a higher draft selection.

Whether that was true or not, Boykin didn’t play much at all. Through Week 12 he appeared in only three out of eight games, playing only 21 out of a possible 200 snaps (10%) in those games he did appear.

Something was wrong, and Boykin didn’t help his own cause by going public with his frustration. Regardless, he would see the field far more often in the Steelers final five games, with 71.7% of playing time.

Boykin will be best remembered for missing critical plays in the Steelers Divisional Round playoff game against Denver Broncos on a game-winning drive by Peyton Manning, where the Hall of Fame quarterback appeared to target the nickel corner.

The Boykin experiment ended after one season, with the Steelers parting ways. He would attempt to catch on with the Panthers, Bears and Ravens, but never ended up playing in another regular season game the remainder of his career.

After losing long-time kicker Shaun Suisham to injury during a Hall of Fame preseason game, and also losing his replacement Garrett Hartley shortly after, the Steelers were scrambling for kicking help.

Luckily, they were still in the middle of training camp, where the Jacksonville Jaguars had a kicking battle going on themselves. The Jaguars traded the Steelers their veteran kicker, Scobee, to free up $3.425 million in cap space in exchange for a sixth-round pick.

Scobee was immediately criticized in the Steel City.

He would miss four of ten field goal attempts and an extra point in four games with the Steelers before Pittsburgh tried out, and signed Chris Boswell to replace him in early October.

Still attempting to solve their cornerback problems, the Steelers took a stab at Cleveland’s former first round pick, Gilbert.

Spending a sixth-round pick, there was little risk in the trade, but Gilbert was apparently not as advertised coming out of college and wouldn’t last long in Pittsburgh.

Gilbert would primarily play on special teams, as a kick returner and never saw much playing time as the highly touted cornerback he once was.

He would be released after one year.

Note: the silver lining on this trade is that the Browns sent the pick right back to Pittsburgh for Sammie Coates (and a Steelers seventh round pick) one year later.

The Steelers were also involved in several more trades throughout 2019, including the following:

The above trades are a near circular reference, with the Dobbs pick acquired from Jacksonville going to Seattle for Vannett, among others.

While the jury is out on how these trades end up for the Steelers, they’re in the same vein of moving on from earlier players such as Cockrell, Coates, and Wing, giving the organization some ammunition to be able to acquire other players or draft picks via trades. However, I can’t place any stamp on whether these trades are good or bad at this time: only time will tell.

And yes, I am aware that some of you aren’t fans of Ryan Switzer, but he gets an incomplete for the same reason: there’s only one true season to evaluate his work.