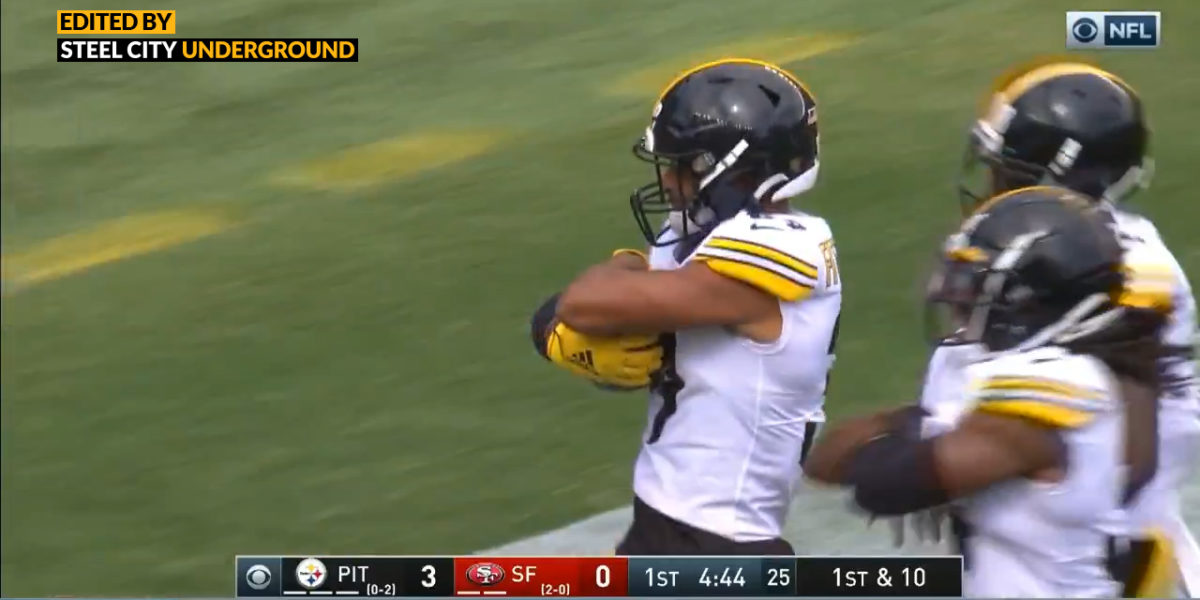 Plays of the Year: Minkah Fitzpatrick’s interception makes an instant impact for the Steelers

The news that the Pittsburgh Steelers had given the Miami Dolphins a first-round pick in exchange for Minkah Fitzpatrick was met with a difference of opinion by Steelers Nation the week before their road trip to San Francisco during Week 3 of the regular season.

On that Sunday, against Forty-Niners, Fitzpatrick made the Steelers front office look pretty smart for making what they felt was a good investment for a “right now” mindset by making an instant impact!

With the Steelers defense fired up, the ‘Niners offense snapped the ball midway through the first quarter with Jimmy Garoppolo looking to thread a pass on second-and-11 with pressure coming up the middle from Bud Dupree. Joe Haden was able to get his fingers on the ball and divert the path and Fitzpatrick was in the right place at the right time to grab the interception.

Fitzpatrick returned the pick and gave the Steelers offense the ball at the Forty-Niner’s 24-yard line.

The play set up a short offensive series that was capped off by a successful Chris Boswell field goal.

Fitzpatrick’s first game with Pittsburgh was a strong one: logging the second of five total takeaways by the Steelers defense, and recording five tackles (four solo), one quarterback hit, one pass defensed, and one forced fumble.

Fitzpatrick, on the other hand, would go on to earn All-Pro honors for the 2019 season, solidifying the big move by the organization and putting any doubts to rest!