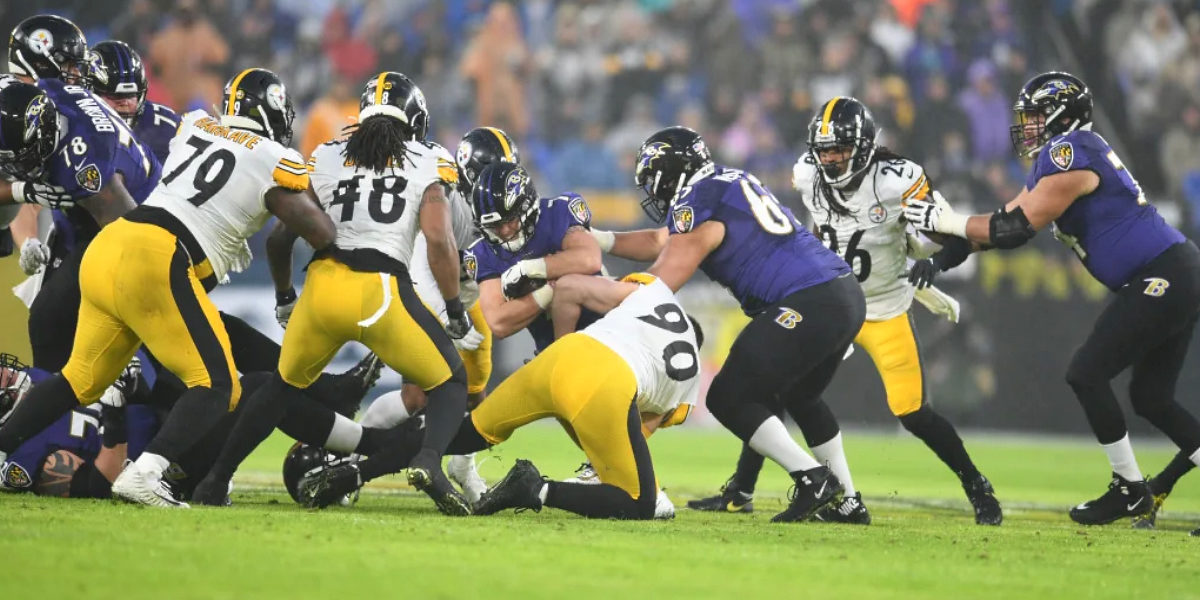 It was just three seasons ago in the National Football League that the Pittsburgh Steelers went back-to-back as AFC North champions. They followed up their 11-5 regular-season record (2016) with a 13-3 finish in 2017. Then the Cleveland Browns drafted Baker Mayfield in 2018 and the predictions that the team near Lake Erie would go all the way to the Super Bowl began; Sports Illustrated even did a piece that outlined their ten-part plan of success. Ahead of the 2019 regular season, the talk was that Lamar Jackson would get the Baltimore Ravens back on track but the Browns, after signing Odell Beckham, Jr., were once again favored to take the division. The trend by analysts and oddsmakers has been veering away from and overlooking the once-perennial favored Steelers, and as we head into 2020, the snubs continue.

If you haven’t heard, veteran quarterback Ben Roethlisberger is in the late stages of his career; he’s getting older, he spent the 2019 season on the bench, he’s injury-prone.  Mike Pruitt of The Sports Geek wrote, “Arm strength is one of those things that, if you’re 35+ years old, once it goes, it’s gone.” Will Karins of LWOS wrote, “I am not sure on how effective Big Ben can be under center. Due to uncertainty, I only gave (the Steelers) a one-win improvement from the 2019 season.”

Even ESPN left Roethlisberger outside of their Top 10 quarterbacks ranking, giving him an honorable mention behind Matt Ryan (Atlanta Falcons). According to ESPN, the elbow injury Roethlisberger suffered last season that cost him 14 games and surgery had a strong effect on several members of the voting committee. ESPN offered the following quote:

“Without the health concerns, he’d be on this list, no doubt. (Roethlisberger) can still get it done at a high level. You just don’t know how he’ll respond to the injury. Is the body breaking down?” — unnamed AFC executive.

Surprisingly, no one is talking about Matthew Stafford‘s back injury, that led to his spending half of the season on the sidelines with the Detroit Lions last season, when they gave him the No. 10 ranking. And nothing kept Drew Brees or Tom Brady off the list even though their age is “up there”.

ESPN has the Steelers ranked at No. 12 in the NFL in 2020 with an 8.8 projected win total and a 58 percent chance to make the playoffs.

What about the rest of the Steelers team?

The looming question I offer to many experts, analysts, bookmakers, and predictors: Why is Roethlisberger the only reason you’ve listed as to why the Steelers could not win the AFC North in 2020? What about the NFL’s top-ranked Steelers defense of 2019? Will they not factor into the equation? What about the fact that, despite having several major adjustments to overcome on offense, the Steelers still didn’t have a losing season and went 8-8? And this team looks to be on track to putting together a more complete game on both sides of the ball?

Sam Schneider of The Scorecrow deserves a pat on the back for pointing out what a lot of these predictors are ignoring:

“This offseason, Pittsburgh is flying below the radar, but who is ready to see the defense be complemented by an offense that welcomes the return of their quarterback with a full arsenal of weapons. I project they will finish with the same record as Baltimore but win the division on the strength of head-to-head matchup although both advance to the playoffs.”

Lamar Jackson, Ravens getting all the love in the AFC North

It shouldn’t really be that surprising that Lamar Jackson is getting the biggest spotlight. Not just because he’s the quarterback for the Baltimore Ravens but because he’s seen as a prime time superstar, the 2019 league MVP, became a Pro Bowler last season. “Jackson doesn’t lose many regular-season games that he’s expected to win,” wrote Jamison Hensley in his recent article that predicts the Ravens to not only take the AFC North but to have a perfect 16-0 regular season and be the Super Bowl champion favorites. “Baltimore’s .938 win percentage as the favorite with Jackson is the best in the league, according to ESPN Stats & Information research.”

That perfect regular season prediction, however, comes with several intangibles; the types of things no one can predict. What if Jackson is injured to the point that he misses significant time with the team? Can he overcome the turnover machine he was during the AFC Divisional Game last season? Can Robert Griffin III, who has had his own injury issues, be the guy to count on, or will Harbaugh turn to rookie Tyler Huntley (Utah) or second-year untested quarterback Trace McSorely (Penn State)? In his two seasons with the Ravens, Griffin started just a single game out of ten he dressed for and posted 25-of-44 completions for 246 yards and one touchdown to two interceptions.

“I think there’s always a challenge when you have a target on your back, and that just comes with the territory… everyone’s going to bring their best game when they play you, so you just have to be ready for that.” – All-Pro Ravens OT Ronnie Stanley.

And then there’s the Ravens defense. Typically strong. Typically stingy, nasty in the trenches, and ready for hard-nosed football. Can they bring back the numerous starters they’ve been fielding and not have any stumbles? Will they fall apart as they did at home in the AFC Divisional Playoffs as Derrick Henry ran the ball down their throats for 195 yards? Even though Calais Campbell, Derek Wolfe, and first-round 2020 draftee Patrick Queen (LB, LSU) have been added, there are still some questions about the level Baltimore can maintain on defense.

And then there are the Browns

Believe it or not, there are legitimate predictions out that state that the Cleveland Browns will once again have a better record or tie the Steelers and take the No. 2 position in the AFC North. The early predictions have Cleveland finishing 4-2 in the division and getting into the playoffs despite the issues they had along the offensive line last season. They’re predicted to face the Buffalo Bills or Houston Texans for a week one wildcard playoff matchup that many consider the Browns a favorite to win.