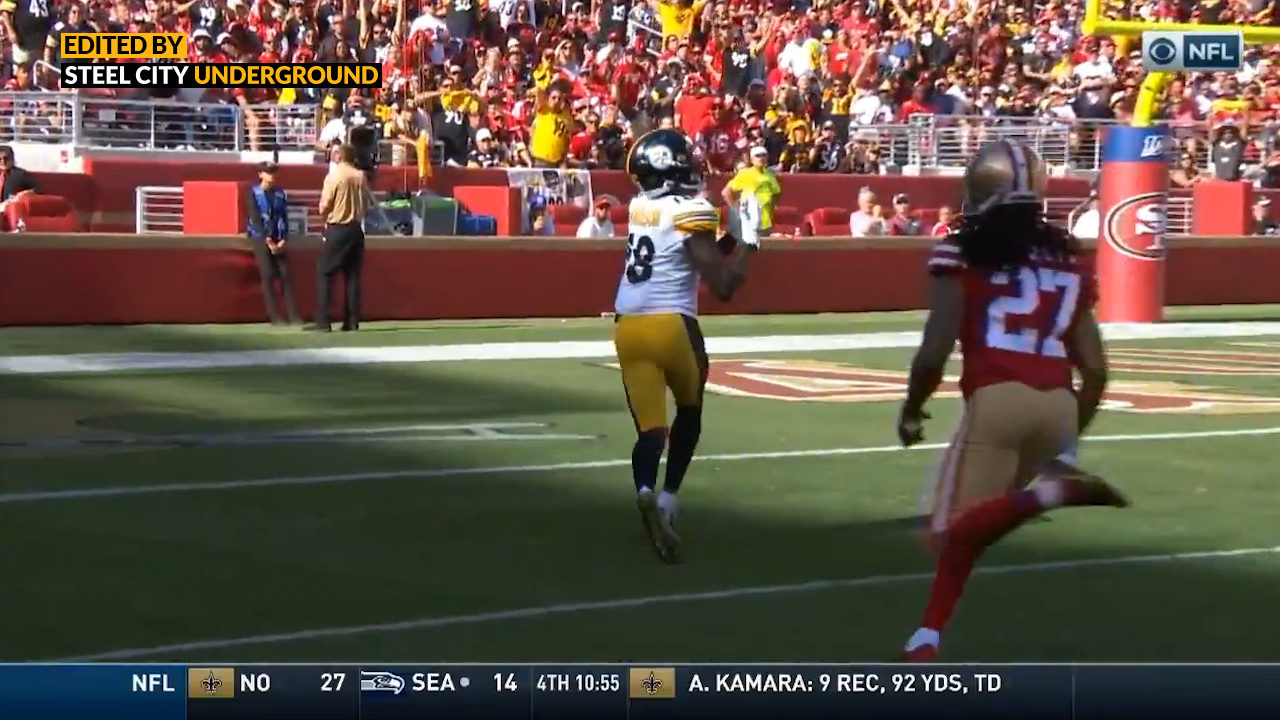 On Sunday afternoon, the Pittsburgh Steelers offense found a way to reclaim the lead over the San Francisco 49ers with just over ten minutes remaining in the fourth quarter. After James Conner rambled for ten yards on first down, Mason Rudolph took the snap and looked deep for a wide-open James Washington. ‘Niners defender Jason Verrett drew a pass interference call as he forced Washington onto the turf as the ball was in the air. Undaunted, Rudolph went back to the air on the next play and found Dionte Johnson had slipped behind the San Francisco defensive coverage.

Johnson made a nice move down the field and as the coverage cheated a peek back at Rudolph, the rookie receiver finished his route and grabbed the ball out of the air for a 39-yard touchdown that gave the Steelers a 20-17 lead. It was Johnson’s first official career touchdown in the NFL.

Johnson caught three passes in the game for the second-most receiving yards (52) behind JuJu Smith-Schuster who also was on the receiving end of a great pass from Rudolph that went for a 76-yard touchdown.