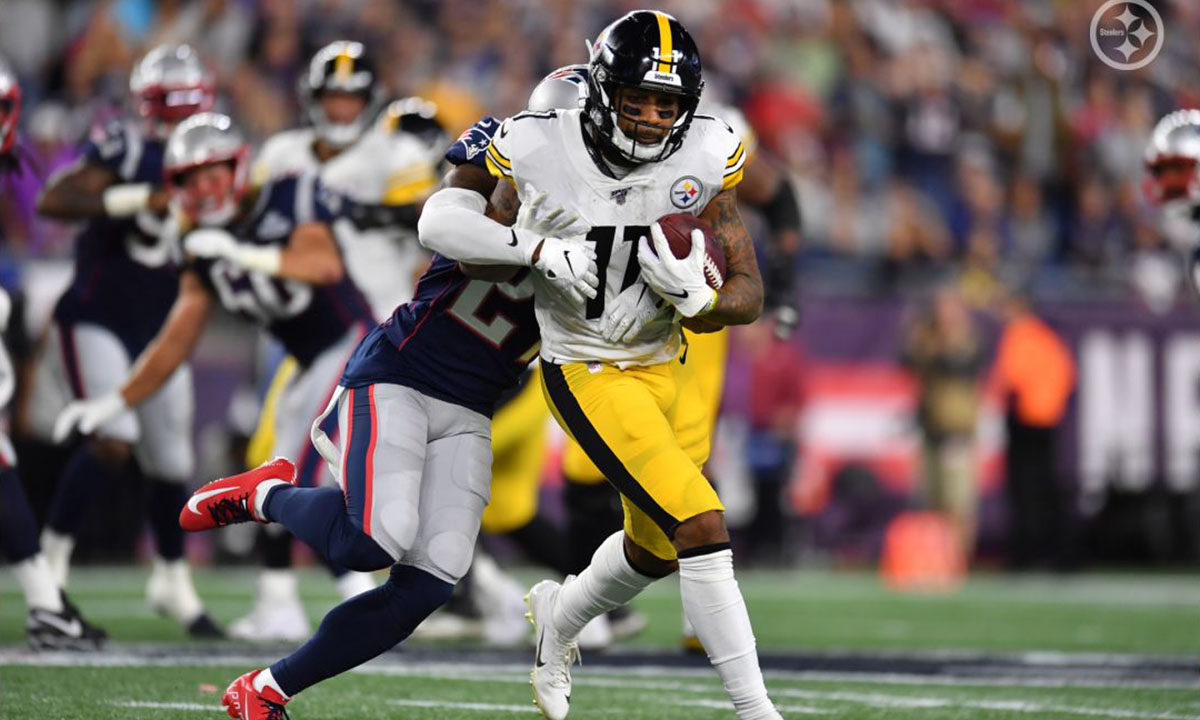 Inspired by the almost annual publishing of a similar list by The Athletic’s Ed Bouchette, I wanted to rundown a quick list of some of the best, and worst free agents signed during the Kevin Colbert era – that is, from 2001 to the present day.

While some stories are still being written, other careers have seen their chapters closed – with and without fanfare.

The Steelers, as an organization, has always been stingy when it comes to offering high-dollar contracts to bring in free agents. Their M.O. has always been to build through the draft.

As part of a two-part series I will breakdown the best and worst of those signings, with the understanding that in almost two decades Pittsburgh doesn’t have a large list of free agents to add to either list.

This won’t be a “top X” list, as the names I’ve pulled all deserve some sort of mention: for better or worse!

Here is the part two of the two-part series focusing on the worst free agents signed by the Pittsburgh Steelers during Kevin Colbert’s term as General Manager. (Click here to read part one, The best Steelers free agent signings of the Kevin Colbert era.)

Note: for the purpose/intent of this article the assumption is being made that these are free agents signed during the initial free agent period when the league year begins. During this time bidding for players is at a premium. Street free agents, such as Chris Boswell, for example, are not considered for this feature.

A big target of “bad” lists such as this one, Green usually headlines as the biggest free agent signing mistake by the Steelers – which is the keyword, as it was more a mistake than Green playing poorly.

The Steelers were never big spenders in free agency. They had a hole to fill at the tight end spot due to Heath Miller’s retirement and sought a veteran who had shined in place of the legendary Antonio Gates with the Chargers.

However, they apparently did do their due diligence.

The signing was met with excitement until it became apparent that Green wouldn’t be participating in training camp, reportedly due to complications from an offseason ankle surgery but rumors persisted that he was still dealing with other concussion-related issues that had plagued him over his first four seasons of his career.

The hype turned to criticism as Green was placed on the PUP list to start the season; especially since he had signed a four-year, $20 million contract.

Green returned in Week 9 and he was eased into the offense. A big play against the Colts on a Thanksgiving primetime game re-raised expectations and the tight end’s 6-reception, 110-yard game (including a game-winning touchdown) against the Giants a week later started to slow the speculation that he couldn’t be a long-term answer.

Two games later, however, Green would suffer a concussion that would see him miss the final two games of the regular season and all three of the Steelers playoffs games, including a crucial AFC Championship game loss against the Patriots.

He would be waived the following offseason after only one year in Pittsburgh.

Moncrief was never intended to be a “splash” signing, but his two-year, $8 million deal in 2019 was intended to relieve some of the sting following the departure of Antonio Brown.

The speedy 6-2 receiver had found some success, when healthy, playing with Andrew Luck and the Colts. He would move to Jacksonville and play in a putrid offense in 2018 before coming to Pittsburgh and immediately clicking with Ben Roethlisberger during training camp…

And then, he was sidelined with an undisclosed injury, rarely participating in all but simple drills (where myself and other SCU contributors were quick to note he would only use one hand in those drills).

Nonetheless, Moncrief would start the season in a big game against the Patriots, and drop four passes – statistically, as the receiver was targeted ten times but would have only three receptions for seven yards.

His inability to hold onto the ball would cost the Steelers on more than one occasion early on in the season, including a lost fumble as well as a tipped pass that would be intercepted.

With the Philadelphia Eagles having signed former Steelers linebacker L.J. Fort, and then releasing him early in the season, Moncrief’s name would immediately come up as a potential midseason cut to save a potential high compensatory draft pick per the league’s calculations used to determine added/lost free agents.

The speculation came to fruition when he was let go prior to Week 9, making Moncrief one of the less memorable free agent additions the Steelers ever signed.

A lot of critics, especially some sportswriters, will make excuses to sugarcoat Blount’s situation in Pittsburgh.

I won’t: he was a selfish jerk.

Easily my most disliked Steelers player of the last decade, Blount signed a contract in 2014 to play second fiddle to Le’Veon Bell.

Let me repeat that louder for those in the back: the Steelers already had their bell cow a year earlier when they drafted Bell.

I’m not sure what promises Blount claims the organization made when he signed on the dotted line, but it was clear he was no longer wanted in New England, who didn’t attempt to bring him back… until, they ran out of healthy running backs on their own roster.

Smelling an opportunity where there’s no “I” in team, Blount quit on the Steelers, leaving before the end of a game against the Titans which was a career day for Bell.

Perhaps his feelings were hurt and he didn’t think Bell needed to pile on his then career stats. Regardless, the way the situation played out, with Blount forcing his way off of the Steelers and then going to help the Patriots win a ring, should leave a terrible taste in the mouth of Steelers Nation.

Burnett was a veteran of the Green Bay Packers were he played every position in the secondary and appeared to be the help the Steelers were seeking to shore up their defense.

The Steelers drafted Terrell Edmunds to eventually be “the guy” in the defensive backfield, but once Burnett’s injuries woes flared up, the team started their first round pick and never looked back.

Burnett cried foul and demanded his release, citing his lack of playing time.

He would be picked up by the Cleveland Browns and miss half of last season as well. In total, Burnett would miss 24 out of 80 games in five seasons: more than a quarter in total.

Perhaps the Steelers weren’t the problem after all?

A frequent name mentioned on many similar lists, Peterson came in to replace 2001 kicker Kris Brown, who had missed 14 field goal attempts (68.2%) and 3 PAT’s, including a 35-yarder in a Divisional matchup against the Ravens and a blocked kick in the AFC Championship against the Patriots.

Optimism was high for Peterson, who signed on for a then-rich $1 million per-year, four-year deal. However, he would end up worse than Brown, missing nine field goal attempts (57.1%) and a PAT in only ten games, before being placed on IR in favor of signing Jeff Reed.

He would be released the following offseason after only one year in Pittsburgh.

A steady target of Drew Brees’ for eight years in New Orleans, Moore was brought into Pittsburgh to replace the ten-touchdown season of Jerricho Cotchery who was not retained following the 2013 season.

The slot receiver enjoyed success with the Saints, including a 1,000-yard receiving season he was just a year removed from before joining the Steelers.

His tenure in the Steel City would be forgettable, as Moore would struggle to get snaps and targets, losing playing time once rookie Martavis Bryant emerged mid-season.

Moore would never catch more than two passes in any game, with a 33-yard “performance” against the Colts as his only out with more than thirty receiving yards.

His most dubious effort was a bad loss at Cleveland, where Moore was targeted six times, but only caught one pass: a garbage time touchdown in which he celebrated the score as if it were a game-winner… the awkwardness was not lost on his teammates who didn’t have his same enthusiasm in the 31-10 loss.

Moore would demand his release the following offseason and play one more year in Detroit before retiring.

A long line of Pro Bowl caliber centers was snapped (pun intended) when Mahan was signed from the Tampa Bay Buccaneers. While he would start every single game, a downturn in the offense was evident and Mahan would be let go after only one year in a Steelers uniform: following a five-year, $17 million deal the previous offseason. Woof.

When Ryan Shazier went down late in the 2017 season, the Steelers scrambled to find an adequate replacement for their once rising star.

As is the usual process in Pittsburgh, the Steelers tend to look for an affordable veteran to help supplement drafting a rookie at a position of need. However, they would swing and miss on several first round inside linebackers in 2018 and be left with their free agent journeyman as the starter, Jon Bostic.

Pittsburgh would be Bostic’s fourth team in five seasons, as he bounced from the Bears to the Patriots to the Colts, the latter where he would have a career-high in tackles-for-loss.

Bostic’s Steelers career started off fairly, but over time teams would start to pick on the center of the defense more often to where a typical 70-80% share of playing time, which is the norm; the Steelers tend to play a lot of subpackage defense where one of their linebackers go to the sidelines.

However, Bostic’s snap counts would take a nosedive over the final five games of the season, with 11 snaps in three of those games, 32 (52%) in another, and a grand total of two snaps out of 66 in a Week 16 loss at the Saints.

Bostic would be released after one year with the team.