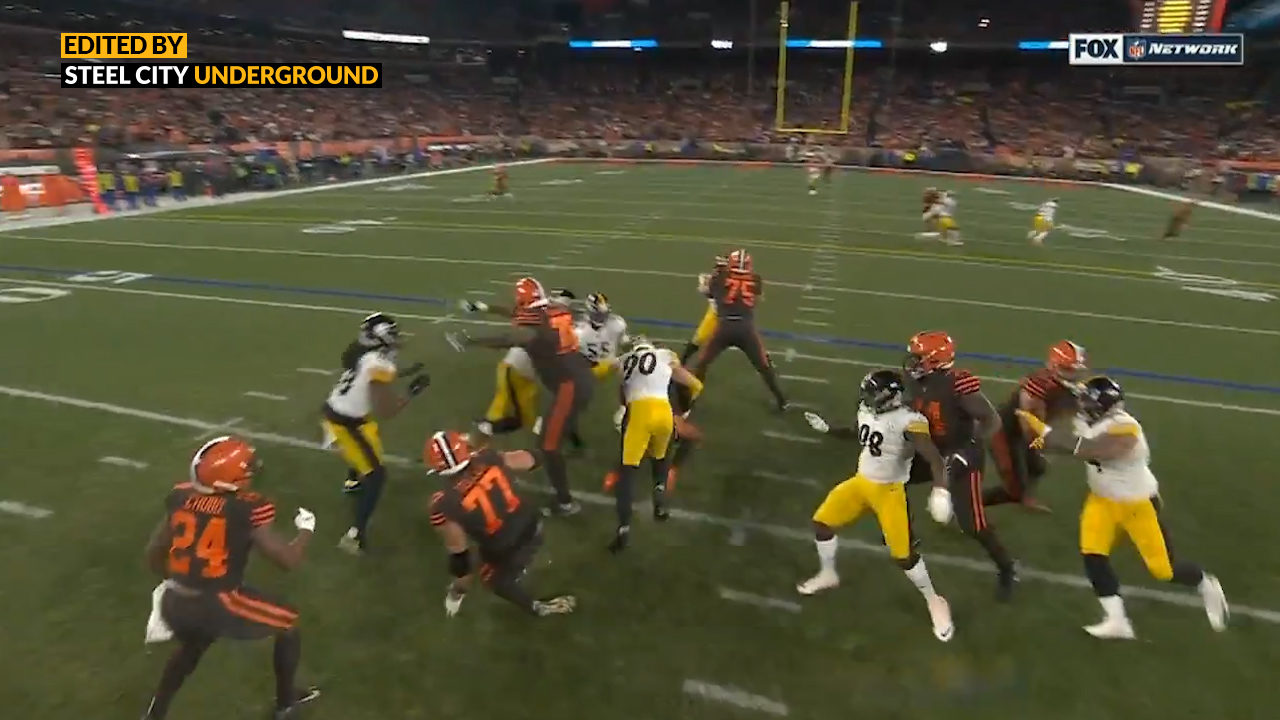 Plays of the Year: T.J. Watt refuses to be denied a sack on Baker Mayfield

There weren’t a lot of highlight moments for the Pittsburgh Steelers in their Week 11 loss to the Cleveland Browns on Thursday Night Football.

The offense had a lot of stalls, a poor snap caused a missed field goal by Chris Boswell, and two receivers (JuJu Smith-Schuster and Diontae Spencer) had to be helped off of the field after Browns defenders went helmet-to-helmet against them.

One bright spot was the play of T.J. Watt, who finished the year a finalist for the NFL Defensive Player of the Year.

Entering the game, Watt had 9.5 sacks… and against the Browns, Watt would not be denied in getting Baker Mayfield to the turf.

After pressuring all night, Watt finally hit paydirt at 9:44 in the third quarter. Watt quickly got off the block and zeroed in on Mayfield, who was partially turned away from that edge and looking for a target to throw to.

With 10.5 sacks in 2019, Watt eclipsed the ten-sack mark for the second time in his three-year career in the league and became the first Steelers player with consecutive seasons with a minimum of 10.0 sacks since James Harrison and Woodley.

Watt would finish the season with 14.5 sacks, his streak snapped at nine consecutive games, against the Cardinals: the only game the remainder of the season in which Watt would not have at least a half sack in (5 of the final 6 games).