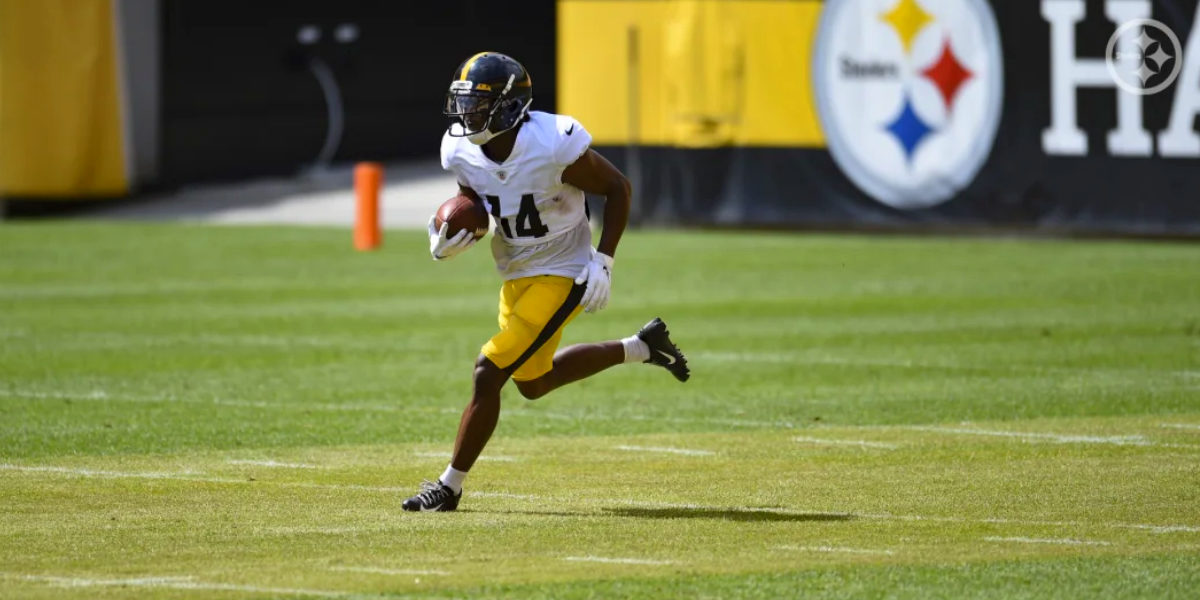 Are there concerns by the Steelers about their wide receiver corps?

There have been several transactions over the last few days that have involved bringing in wide receivers to the Pittsburgh Steelers training camp. While we’ve already covered the Steelers receiving corps in our training camp positional preview here at Steel City Underground, a trend has popped up that had Steelers fans scratching their heads a little. In just late August, Pittsburgh has made five different transactions surrounding receivers, begging the question: are there concerns by the Steelers over their wide receiver corps?

At the beginning of the month, the Steelers released Quadree Henderson just one day before placing veteran James Washington on the reserve/COVID-19 list. After Washington was cleared to return to the team, the Steelers signed receiver Ray-Ray McCloud, who’d spent time with both the Buffalo Bills and Carolina Panthers, in short stints as both a receiver and tight end, and released receiver Saeed Blacknall. Anthony Johnson was waived due to injury on August 27th. The very next day, the Steelers signed DeAndre Thompkins and brought Blacknall back while releasing James Lockhart (LB) and Alexander Myres (CB).

Blacknall, a former Nittany Lion, signed with the Steelers during the offseason after playing for the Los Angeles Wildcats of the XFL before that league’s season was ended abruptly due to the COVID-19 outbreak. Prior to that he’d gone undrafted in 2018 and joined the Las Vegas (formerly of Oakland) Raiders practice squad before spending time on the Arizona Cardinals practice squad in 2019.

Every year, training camp brings a merry-go-round of transactions as players are tried out for the coaching staff and evaluated. 2020 is no different.

No need to panic

New receivers coach Ike Hilliard said earlier in training camp that he expected “the most” out of the receivers and that during camp the coaching staff would “get the most out of those players on a snap-by-snap basis.” Although Ryan Switzer had been having a surprisingly good camp performance, he suffered a foot injury on Aug. 25th and has been day-to-day. Switzer already had an uphill battle to make the roster outside of potentially being tagged as a returner on special teams after the Steelers selected Chase Claypool in the second round of the 2020 NFL draft. Claypool has been having what many teammates are calling an exceptional first training camp.

McCloud has also been getting time as a returner in camp, which may signal that the Steelers aren’t making transactions because they’re concerned about their wide receiver depth but that they are trying to provide Danny Smith with better options in the return game. McCloud is raw and could work his way into a receiver rotation but the Steelers would most likely want to see him in a depth position and allow him to develop.

The Steelers are currently rostering six receivers experienced with their system: JuJu Smith-Schuster, Washington, Diontae Johnson, Deon Cain, Amara Darboh, and Switzer. Whether they keep that many on the final 53-man roster remains to be seen. With Claypool a rookie and Blacknall, McCloud, and Thomkins, the Steelers have guys they can utilize and evaluate as depth.

As Joe Kuzma and I discussed on a recent podcast, the Steelers will have 16 practice squad positions to fill instead of the usual 11-man squad in 2020 due to the added COVID-19 agreement between the NFL and NFLPA. That would allow the Steelers to stash at least two receivers on that squad. That doesn’t count injured/reserved, should they choose to use it to keep a player around.

So, the fact that the Steelers have made some late-camp transactions that seem to be focused on the receivers really does not illustrate a true concern for Pittsburgh’s team headed into the 2020 season. It just shows that Hilliard and the remainder of the coaching staff are focusing on keeping the best players, as they see them on a day-to-day basis, in practice and football shape, so that they can build a talented, healthy roster with adequate depth in both the offense and special teams.