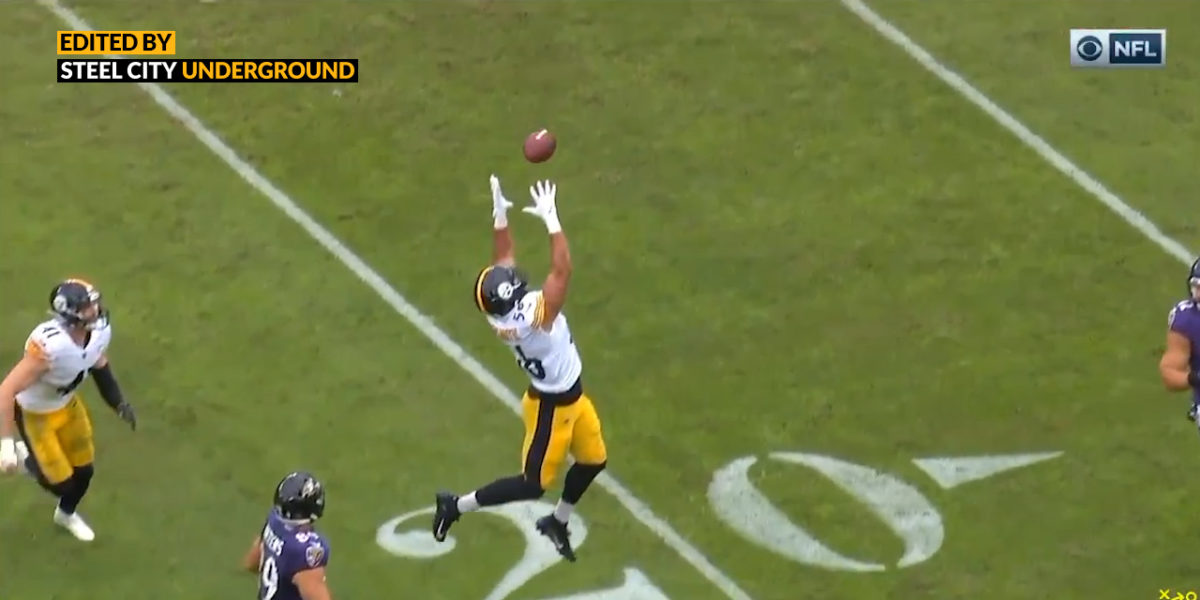 Following the aftermath of COVID rescheduling shifting the Steelers vs. Ravens Week 7 game to Week 8, a lot of critics were eyeing the 6-0 Steelers falling for the first time during the 2020 season with a trip to Baltimore.

The Ravens threatened, as they always do in tight games against their division rival. Baltimore entered halftime with a 17-7 edge after Justin Tucker converted a 51-yard field as time expired in the second quarter. The Ravens would have the ten-point lead and the ball early (after a 4-play drive and 34-yard shanked punt) to start the second half, but it wouldn’t last for long.

After the Steelers punted, the Ravens got the ball back starting on their 17-yard-line. QB Lamar Jackson attempted a play-action fake to RB Mark Andrews however, Steelers rookie OLB Alex Highsmith would make his mark.

Most fans recall that Highsmith would fill in when Bud Dupree was placed on IR with a season-ending injury, but during Week 8, Dupree was still the full-time starter with Highsmith coming in to give the starters a rest or other situational downs.

This specific situation benefited the Steelers, as Highsmith made a quick read and rushes back in a zone, using his body to snag a floating Jackson pass out of the air. The play would tip the momentum in the Steelers favor.

Highsmith remarked after the game that he adjusted based off of the same play that was run in the first quarter. What is so impressive is he reacted so quickly and timed it perfectly.

That’s incredibly impressive for a rookie, appearing in only his seventh game in the pros: reading and picking off the reigning league MVP.

Two plays later Ben Roethlisberger would find TE Eric Ebron in the endzone for a touchdown. The Steelers would score 21 second-half points en route to a 28-24 victory and would improve their spotless record to 7-0.